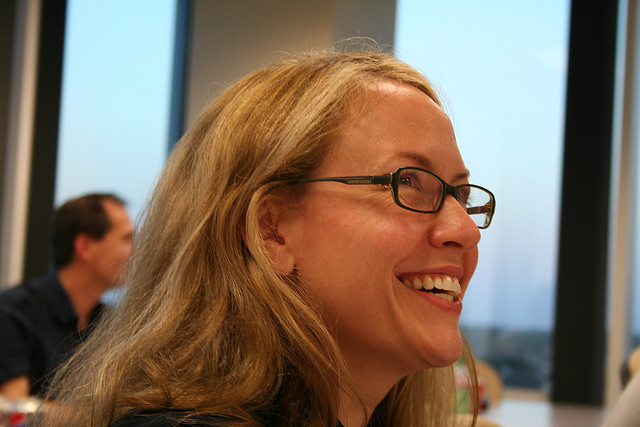 Let's enter fantasyland for a moment. What if you went home from work today and told your spouse that the best thing that happened at the office in months was a team meeting that ran all day? That you got more done in that day than in a normal month -- and to top it off, it was really fun.

Contrast this vision -- which probably sounds delusional -- with most team meetings. As someone who has studied this up close as both an academic and as a consultant, I've said for years that most businesses would be better off if all meetings were disbanded. The reason is that three-quarters of tribal meetings are so nonfunctional that you'd be better off taking a nap instead.

Thanks to input from three friends, our meetings at CultureSync are like the fantasy I described. Two of the friends are from the Agile/Scrum world, Daniel Mezick and Si Alhir. The third is Robert Richman from Zappos Insights, whose excitement for what Daniel had accomplished at Zappos was so pure and joyful that it reminded me of my three-year-old daughter when she gets ice cream.

Let's be clear on the benefits of following the guidance in this blog post. Your meetings will transform from slow marches in the snow without food or water into hyper-productive sessions in which -- are you sitting down? -- people love the process and can't wait for the next session. At Robert's suggestion, our CultureSync team invited Daniel Mezick to put us through a boot camp based on the principles of Scrum.

The result: We got more done in two days than in two months. People who normally hate meetings (I'm raising my hand here) were almost speechless with how productive and fun they were. By the end, Si's words were ringing in my ears: "Tribal Leadership and Scrum are perfect for each other." (Daniel and Robert had said the same thing, but I'm a slow learner.)

So how can you make your meetings like ours? You should immediately pre-order Daniel's book, The Culture Game. (Full disclosure: I endorsed the book, and it quotes Tribal Leadership many times, but I have no financial interest in the book doing well -- except that if companies actually did what Daniel recommends, they would become so productive that the stock market would double.) Until your book arrives, here are several steps you can take right away to make your meetings more fun and productive. It's all in the details here, so please follow every step exactly.

First, start your next meeting by designating three roles. One is "Facilitator." (In real Scrum, this role should be the "Scrum Master," but doing so requires training outside the scope of this blog post.) The second is the "Product Owner," the person who defines what qualifies as the "deliverable." Scrum has very few rules, but one is that the Facilitator (Scrum Master) cannot also be the Product Owner. The third role is the team, and that's everyone else.

Second, start your next meeting with the Facilitator helping the group establish working agreements. Do this by asking people how they respond when others bury their nose in their laptops or multitask with their smartphones. Don't be surprised if the chief offenders here (I'm holding my hand up again) may say that they find it annoying. Then, as a temporary working agreement, ask what the group is willing to commit to. Most will say "no cell phones," "no computers," "no phone calls," etc. The Facilitator should post these on the wall or whiteboard, where they are visible to everyone. Note that they will say this -- it requires no confrontation on the part of the Facilitator.

Also, some people during this process may disclose that they have some reason to break the rules, and these exceptions go up on the list. In our meetings, I mentioned two people by name whose calls I would take. I then pushed my cell phone to the center of the conference table so everyone else could verify that I would take a call only from those people -- and not from my bookie.

Third, set a schedule. For an extended meeting, like one going all morning, establish clear breaks. We settled on 50-minute work cycles with 10-minute breaks. During the breaks, people can email, text, use the restroom, refill their coffee cup, or anything else -- including going outside for some fresh air. The blocks of work are called "iterations." The psychological impact of knowing that a break is just a few minutes away transforms the iterations from possibly pointless meetings into goal-directed bursts of activity. People know that even a wandering, off-purpose iteration will end. You'll find that everyone will be far more able to stay engaged and avoid the beeps and vibrations from their electronic friends.

Fourth, start each iteration with a big countdown clock, visible to everyone -- and start it. As it begins to click down, ask the group to define what constitutes "done" for that iteration. Even if the group spends 15 of its 50 minutes on this question, that's a great investment. In one of our meetings, we defined "done" as determining all of our company priorities, assigning them to a group with a lead person, and getting all of this set up on project boards. We had struggled to do exactly that for months, and we did it in a single 50-minute iteration, which included the time to define "done." The team members may ask the Product Owner questions of clarification or scope.

Fifth, do the work to get to "done." Anyone is free to make suggestions or point out that "15:33 is left on the clock." Some groups will start by outlining a set of steps to get to done, and others will jump in. The Facilitator may interrupt and ask if the group knows how it will get to done, but these interruptions should be minimal. This system puts everyone in a flat meeting, without rank. I've implemented this simple form of Scrum in meetings when the CEO came in to check on our progress. In one case, he began to critique the meeting while also playing with his iPhone. In one of the best moments of my professional life, a subordinate pointed out that the CEO was welcome to join, but only as a team member (technically, he was "de-authorized from speaking as the CEO"). And, she added, our rules require no gadgets, so the boss had to please either put down the phone or exit the meeting. He complied and sat down, as a participating team member. He later said that the meeting was the most productive he had ever attended.

Sixth, end the iteration when the clock times out. Alternatively, take a break when the Facilitator calls an end to the session. If you have time before the clock hits zero, ask: "Did we get to done?"

Seventh, after the break, start with a five-minute "retro" on what worked and didn't work in the last meeting. Based on this brief reflection, the Facilitator may ask if the group wants to amend the ground rules, such as "no sidebar conversations." Then start the process again. Begin with a check in on rules and assignment of roles (these likely won't change), and move through establishing "done," doing the work, ending the process, and taking a break.

When I saw this simple form of Scrum work in executive settings, I watched meetings dominated by "I'm great" (and you're not)" tones flip into fully functioning, high-performance tribes. Robert, Daniel and Si, you were right. Sorry it took me so long to catch up.

What I'm outlining here is perhaps only 1 percent of Scrum. If you want to glance at the other 99 percent, check out my personal blog, which has lots of links to Scrum resources and properly credits the people who helped start this movement. This blog also highlights what could be the most important development in executive management since Peter Drucker's ideas.

Imagine 20 facilitators, fully trained in Scrum and Tribal Leadership deployed throughout your company. If you decided to do this, please let me know, so I can buy stock in your company and short your competitors.

No joke: How to use humor in a job interview