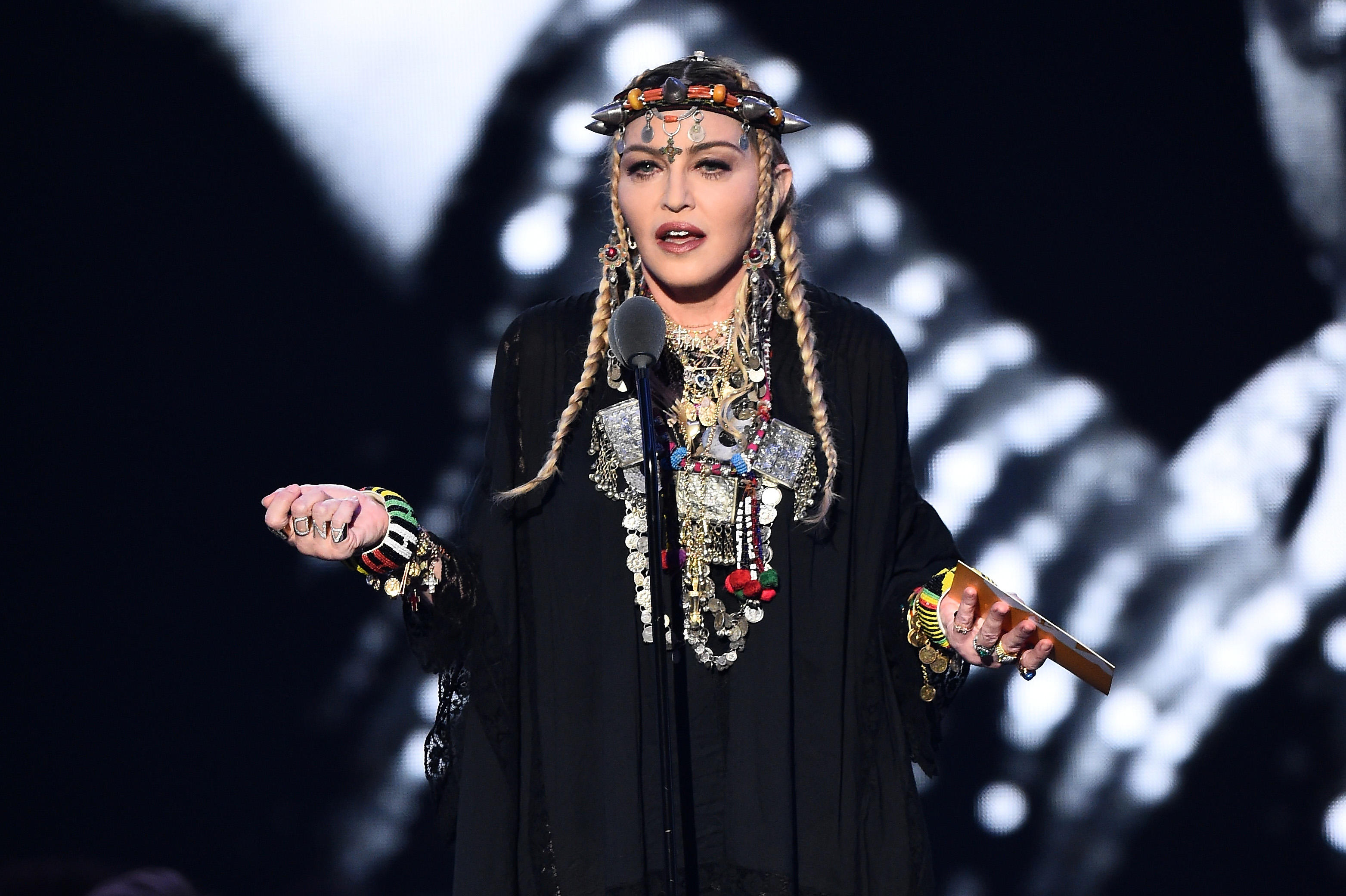 At Monday night's MTV VMAs, Madonna appeared to pay tribute to Aretha Franklin before presenting the artist of the year award. The singer stood against a backdrop that featured the late Queen of Soul, and opened her monologue by saying, "Aretha Louise Franklin changed the course of my life," then talked about her own career. She defended herself later and said her speech was not meant to be a tribute and that people were "quick to judge."

On Monday, Madonna said, "I left Detroit when I was 18, $35 in my pocket. My dream was to make it as a professional dancer. After years of struggling and being broke, I decided to go to audition for musical theater." She said that later, she had the chance to audition to be a backup singer for a French artist, but forgot to bring sheet music. Madonna even threw in her signature line and joked, "B***h, I'm Madonna."

She continued, "Fortunately one of my favorite albums was 'Lady Soul' by Aretha Franklin. I blurted out, 'You make me feel like a natural woman,' you know, by Aretha Franklin." Madonna said weeks later, one of the producers from the audition called her and said though she wasn't right for the job, they saw potential in her and wanted to bring her to Paris to meet famed songwriter and producer Giorgio Moroder. But Madonna said after spending time in Paris, she left because she wanted to write her own songs instead of following someone else's music.

The singer said, "None of this could have happened without our lady of soul. She led me to where I am today and I know she influenced so many people in this house tonight ... Long live the queen." Other than that, Madonna did not discuss Franklin's career or legacy. She even closed off by sharing a memory of performing "Like A Virgin" as part of the original VMAs show in 1984 before presenting video of the year, which went to Camila Cabello for "Havana."

Viewers, including award-winning singer and actress Cynthia Erivo, were not amused. Many complained that both Madonna and MTV were disrespectful of Franklin.

In response, Madonna wrote, "I was asked to present video of the year by MTV! And then they asked me to share any anecdotes I had in my career connected to Aretha Franklin! I shared a part of my journey and thanked Aretha for inspiring me along the way. I did not intend to do a tribute to her! ... Unfortunately most people have short attention spans, and are so quick to judge."

Monday's VMAs were surprisingly sparse in tributes to Franklin, who died Thursday. Few of the artists or presenters mentioned the legendary diva, nor did any performers sing her songs.