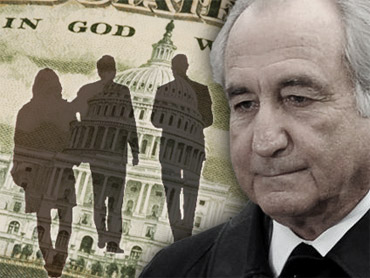 Bernard Madoff was apparently convinced that it never even occurred to Securities and Exchange Commission staff he was running a Ponzi scheme, despite the agency's numerous probes of his business.

A document released Friday details a prison interview conducted in June by the SEC inspector general in which Madoff says he had the impression that "it never entered the SEC's mind that it was a Ponzi scheme."

Madoff confided that he didn't bring an attorney with him when he testified in an inquiry by the SEC's enforcement division because he believed he didn't need one - and he was trying to fool the government investigators into thinking he had nothing to hide.

The details emerged in a summary of Inspector General David Kotz's interview with Madoff at the Metropolitan Correctional Center in New York, released along with hundreds of other documents related to Kotz's extensive investigation of the SEC's failure to detect Madoff's fraudulent scheme for 16 years.

Kotz also issued a statement Friday saying his probe found no evidence to support Madoff's claim of having a "close relationship" with SEC Chairman Mary Schapiro, who previously headed the Financial Industry Regulatory Authority, the brokerage industry's self-policing organization. Like the SEC, FINRA made periodic exams of Madoff's brokerage operation, which functioned separately from his investment business hidden from regulators' view.

An internal review by FINRA found a regulatory breakdown on the part of the organization in the Madoff case.

Kotz's report of his investigation, made public in early September, painstakingly detailed how the agency's investigations of Madoff were bungled, with disputes among inspection staffers over the findings, lack of communication among SEC offices in various cities and repeated failures to act on credible complaints from outsiders forming a sea of red flags.

The document goes into Madoff's thinking (quoted from the interview):

"Madoff noted that there are two schools of thought on how to deal with exams:

1. Make the examiners crazy, make things difficult for the examiners (in connection with this, Madoff noted that every firm keeps books and records differently, and that having an examination is "like getting a tax audit, it's a pain in the ass.").

2. Cooperate with the examiners, make it easy (which Madoff stated is what "we always did.").

Madoff stated that SEC examiners didn't always focus on the big picture issues, rather, they focus on minutia. He stated that he didn't have any suggestions as to how to fix that problem. However, he stated that the problem with SEC examiners is a combination of the "experience they have and the procedure they use." He said, "It all comes down to budgets, I guess."

Madoff indicated that it lent credibility to his firm that he pass examinations by the SEC. He stated that some clients would ask him when was the last time he'd had an exam, and he'd give them the date."

An inspection of Madoff's operation in 2003-04, for example, "was put on the back burner" even though the exam team still had unresolved questions, Kotz found.

Madoff, 71, said in the interview that the SEC examiners "never asked" for basic records to corroborate his operations.

The former Nasdaq chairman pleaded guilty earlier this year to charges that his secretive investment advisory operation was a multibillion-dollar Ponzi scheme. He was sentenced to 150 years in prison.