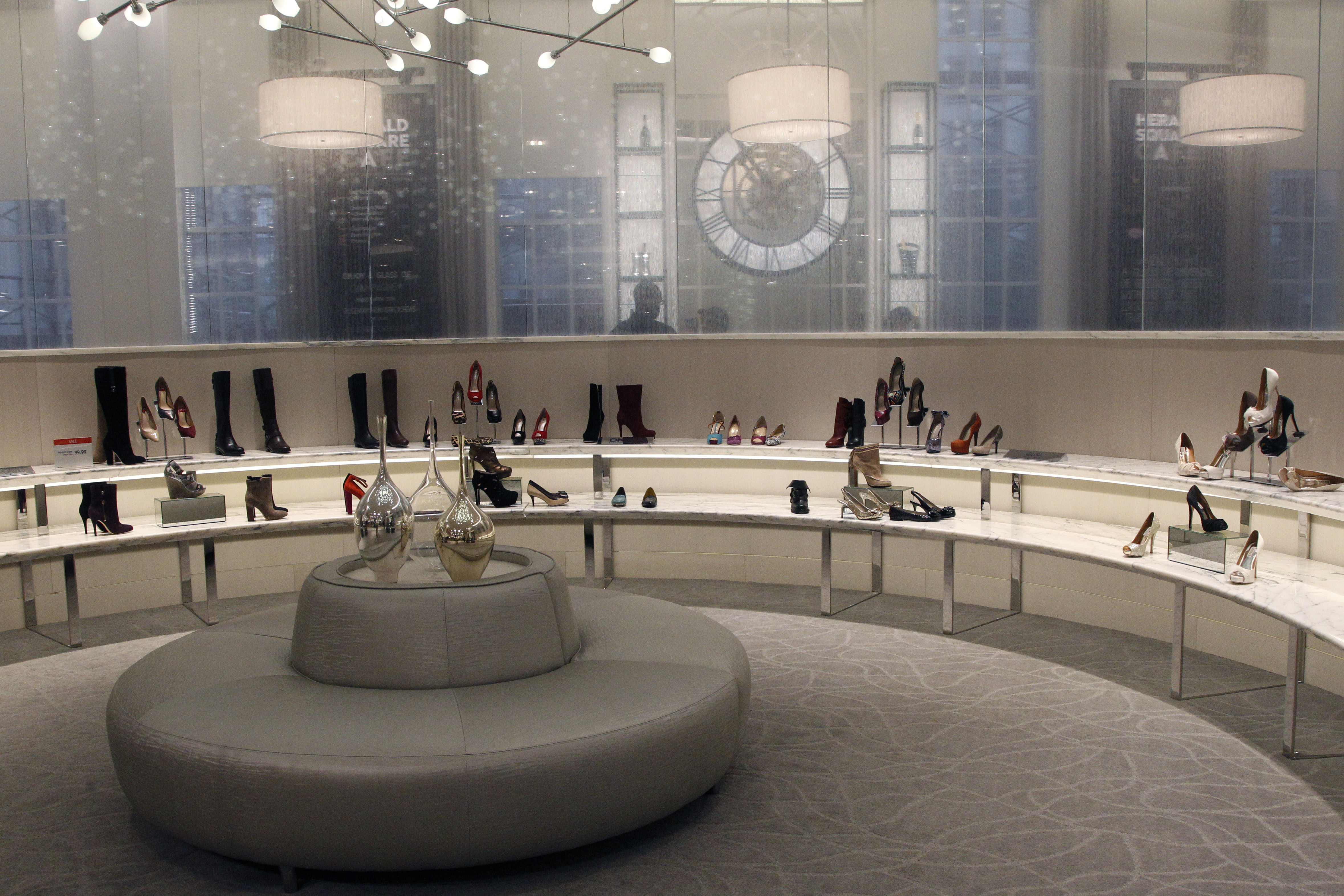 And some preservationists aren't happy about it. They see the overhaul of America's biggest department store as scrapping classic Beaux Arts and Art Deco touches in favor of the latest trend in retail design — something like an Apple computer store.

"Macy's has Apple fever," said Theodore Grunewald, a New York preservation activist. "Everyone is jealous of Apple, and thinks the secret to the company's success is this beautiful, elegant minimalist design vocabulary they have. But this is about protection of our heritage."

Macy's reconstruction, to be completed in 2015, will add 100,000 square feet to the 1.1 million square feet of existing retail space. Floor-to-ceiling fabric shrouds areas under renovation. But some sections already have been finished, including the world's largest women's shoe department, which offers 280,000 pairs of shoes — several thousand displayed in white settings.

Macy's spokeswoman Elina Kazan gushes that the store will be a "spectacular place to shop at an iconic New York City destination."

It is best known as home of the annual Macy's Thanksgiving Day Parade and as the setting that inspired the beloved 1947 Christmas film, "Miracle on 34th Street."

Originally constructed in 1902 in the Beaux Arts style, it was expanded in the 1930s with plenty of Art Deco details. Most noticeable was a jazzy, geometric coating of marble, encasing more than 100 columns that soar to the ceilings.

Grunewald said the columns will now be simplified, losing the marble and the ornamental toppings that give the space "its pizazz."

While Macy's has been on the National Register of Historic Places since 1978, it has not been given landmark designation, allowing its owners to make architectural changes.

"I was stunned they were doing this, making it look like everywhere else in America when they have a little treasure here," said preservationist Christabel Gough of the Society for the Architecture of the City.

Macy's officials said it was premature to compare the renovation to Apple since it is still a work in progress. They said, too, that the plan actually revives some of the building's distinctive features.

Also, the original, ornate entrance on 34th Street will return, and some huge old windows that were painted over have been opened again, lighting a new chocolate-and-champagne cafe. Forty-two of the store's original wooden escalators will stay.

Valgora said the old and the new Macy's will "complement each other" in the same light-filled venue.

"I like it — how organized and open it is," said Rosie Pina, a Manhattan schoolteacher. "Change is good."

Brian Williams, a sports club technician from Queens, joked, "I'm a male, and I don't really care how it looks when I'm shopping."

But standing by the jewelry area near some aging, cream-colored pillars and looking over at a gleaming, snow-white new section, he added: "I like the older better — it feels warmer, more at home."