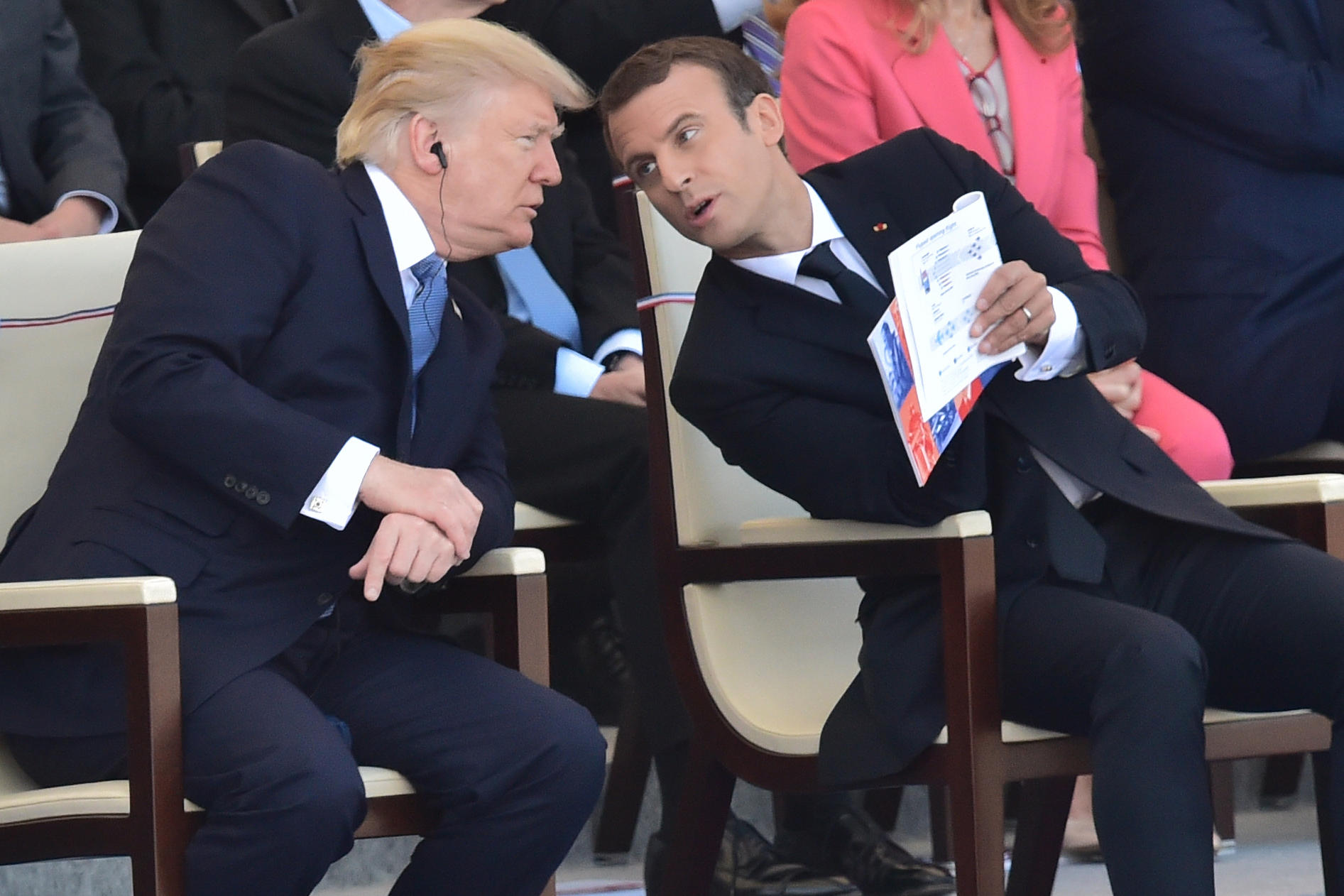 Macron defended his outreach to Mr. Trump, whose "America first" policies have elicited worry and disdain in Europe.

"Our countries are friends, so we should be too," Macron said in an interview Sunday in the Journal du dimanche newspaper.

After a tense, white-knuckle handshake at their first meeting in May, Macron said they gained "better, intimate knowledge of each other" during Mr. Trump's visit to Paris last week.

On their main point of contention -- Mr. Trump's withdrawal from the landmark Paris climate agreement -- Macron is quoted as saying that "Donald Trump listened to me. He understood the reason for my position, notably the link between climate change and terrorism."

Increasing droughts and other extreme weather blamed on man-made climate change are worsening migration crises and conflicts in some regions as populations fight over dwindling resources.

"He said he would try to find a solution in the coming months. We spoke in detail about what could allow him to return to the Paris deal," Macron said, according to the newspaper.

While in Paris, Mr. Trump remained non-committal about the U.S. eventually rejoining the climate agreement, telling Macron, "if it happens that will be wonderful, and if it doesn't that will be OK too." Mr. Trump has said the climate deal was unfair to U.S. business.

Macron had said, "Regarding climate, we have a number of disagreements due to the commitments taken by President Trump during the campaign, so did I, I'm aware of the high importance of that and we've talked about our disagreements."

The French leader acknowledged that Mr. Trump's Paris visit -- including a formal welcome at Napoleon's tomb, dinner in the Eiffel Tower and a place of honor at the annual Bastille Day military parade -- was choreographed to give Americans a "stronger image of France" after deadly Islamic extremist attacks damaged the country's vital tourism sector.

During Mr. Trump's trip, Macron said there is "no difference" or gap between the U.S. and France's position on countering terrorism.

It was also aimed at Mr. Trump himself, who has said that Paris has been ruined by the threat of terrorism, which he ties to immigrants.

"I think Donald Trump left having a better image of France than upon his arrival," Macron is quoted as saying.