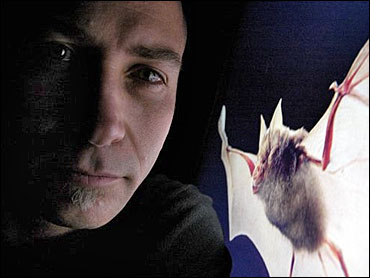 The university also denies that Jones, now an assistant at Memphis, arranged for an LSU booster to pay Earl another $4,000.

"There is absolutely no evidence, other than the testimony of Lester Earl, that Johnny Jones ever provided cash payments to Lester Earl," LSU said. "Jones has unequivocally denied that he provided money."

Earl played in the 1996-97 season and then left the school, later enrolling at Kansas.

LSU officials, including chancellor William Jenkins and Athletic Director Joe Dean, plan to discuss the school's response to NCAA allegations at a Tuesday news conference. The school released the 150-page response and a summary of it on Monday.

The infractions allegedly took place between 1993 and 1996 when Dale Brown was head coach of the basketball program.

Brown said he had not seen the response and had no comment.

Jones did not immediately return a call for comment.

In its response, LSU recommended self-imposed sanctions, including the reduction of scholarships by five over a three-year period, reduction by 10 of official visits to recruits and forfeiture of all games in which Earl participated. He was in 11 games in that one season. LSU lost six of them.

Other NCAA allegations and the school's response:

That Brown and Jones told an LSU trainer to provide treatment to Earl for injuries before he enrolled at LSU.

LSU says the allegation is substantially correct and is a violation.

That Brown and Jones made more telephone calls to Earl than allowed by the NCAA.

LSU says there may be a violation but there is not enough evidence to prove Brown exceeded the one call per week limit. Most of the calls by Jones were failed attempts to reach Earl on the first call or were calls in response to messages left by Earl.

That an LSU team physician arranged for Earl to have surgery before enrolling and that the doctor waived his fee.

The school said the allegation was "self reported" to the NCAA and that the doctor did treat Earl. The waiver "is a common practice in the Baton Rouge area for indigent patients," LSU said.

That Jones arranged for Earl to meet booster Redfield Bryan during Earl's initial recruiting visit to LSU and that Bryan gave the player cash.

LSU cites news reports in which Bryan acknowledged such payments but disputes Jones was involved.

That Brown and Jones helped Earl's mother and sister get jobs.

LSU agrees there was "a technical violation" because of contact between family members and representatives of the university. Th university said the family members were qualified and were hired on their own merit, "that no member of the coaching staff interceded or contacted any potential employer" on their behalf.

That booster Gus Piazza provided free meals for Earl, his family and friends.

LSU admits the allegation and agrees that a violation occurred.

That Jones arranged for Earl's mother to contact lawyer Nathan Fisher, an LSU booster, for legal representation at no cost.

LSU agrees a "technical violation ... may have occurred" because the woman was referred to Fisher prior to Earl's enrollment. Fisher sent her to another attorney.

That student-athlete Lester "Tiger" Womack acted unethically by providing false information to LSU and the NCAA concerning cash from Bryan.

LSU says there is no credible evidence to support the allegation.