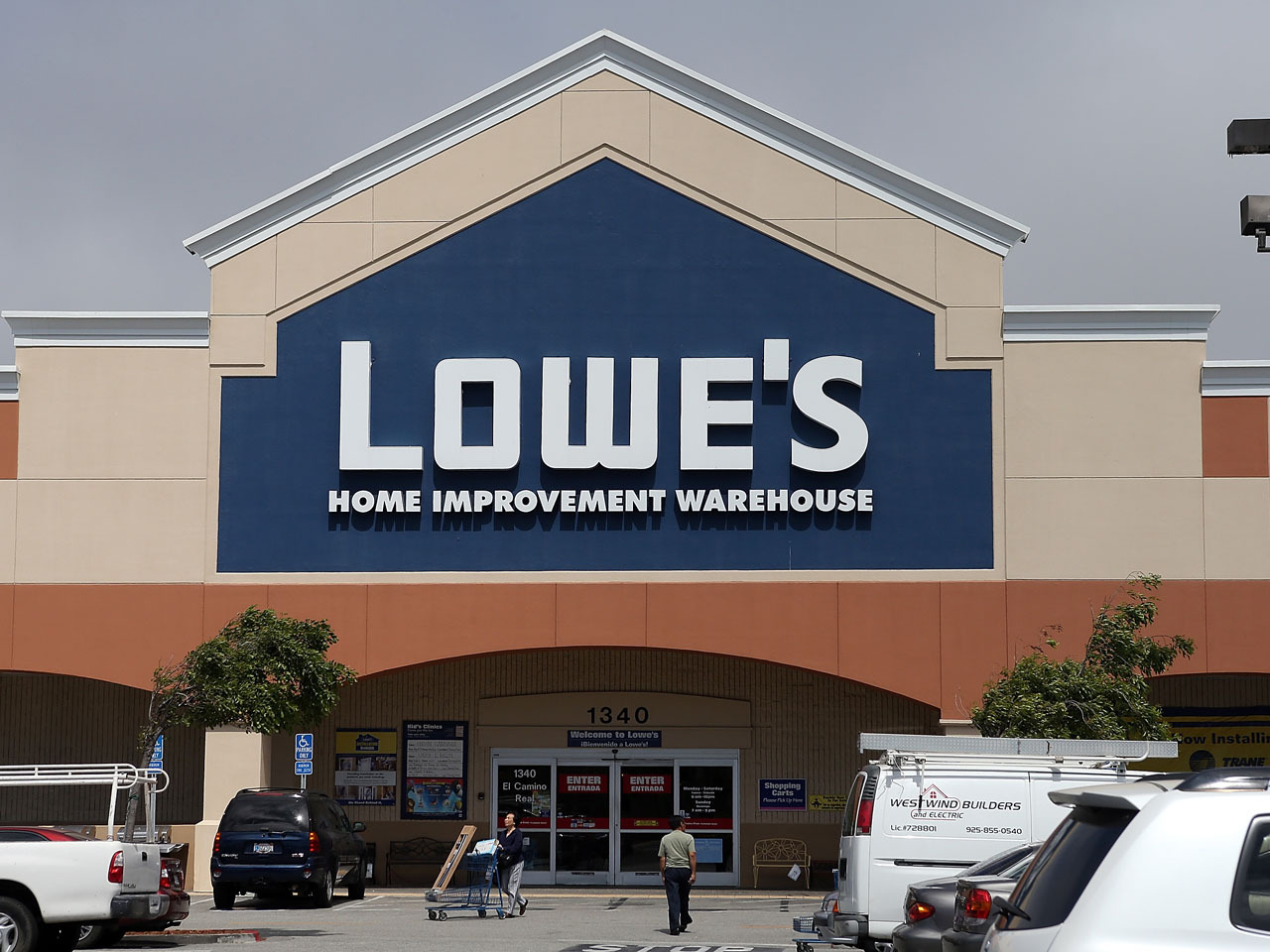 The housing market has continued to improve this year. On Friday, the Commerce Department said that builders began work on houses and apartments at a seasonally adjusted annual rate of 896,000 in July. That was up 6 percent from June, though below a recent peak of more than 1 million in March.

And on Thursday the National Association of Home Builders/Wells Fargo builder sentiment index reported that confidence among U.S. homebuilders is at its highest level in nearly eight years, fueled by optimism that demand for new homes will drive sales growth into next year.

Still, there are indications that rising mortgage rates may give potential buyers a reason to pause.

Analysts surveyed by FactSet expected earnings of 79 cents per share on revenue of $15.07 billion.

Revenue at stores open at least a year climbed 9.6 percent. This metric is a key indicator of a retailer's health because it excludes results from stores recently opened or closed.

Lowe's has revamped its pricing structure, offering what it says are permanent low prices on many items across the store instead of fleeting discounts. It has also focused on hiring more workers and improving its inventory.

Lowe's announced Tuesday that its acquisition of Orchard Supply Hardware has received approval from the U.S. Bankruptcy Court in Delaware.

Orchard is a Sears spinoff that filed for bankruptcy in June. That same month the San Jose, Calif., company received an approximately $205 million offer from Lowe's Cos. for 72 of its stores. The "stalking horse" bid also included the assumption of payables owed to nearly all of Orchard's suppliers.

Lowe's expects to close on the buyout by month's end. Orchard will continue to run as a separate, standalone business. It will keep its brand name, as well as its San Jose headquarters.