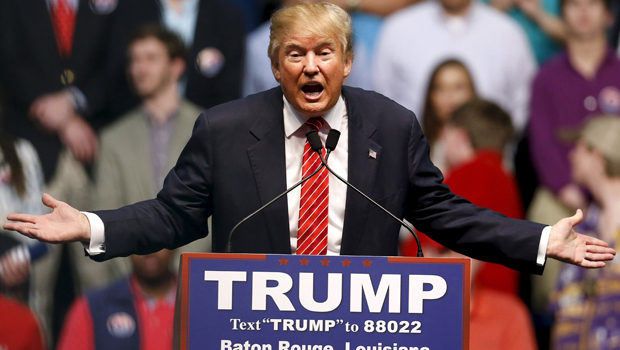 11:21 p.m. ET CBS News projects Donald Trump will eke out a victory in Louisiana's Republican primary, with 95 percent of the votes in.

The billionaire businessman will earn just one more delegate than rival Ted Cruz will from the state.

Trump's early lead in Louisiana, according to CBS News Elections Director Anthony Salvanto, was the result of the candidate faring much better in absentee ballots cast. Election day voters, however, showed softening support for Trump later in the evening.

Trump closed out the evening declaring victory during a press conference at his Florida headquarters.

10:56 p.m. Despite a close race in Louisiana's Republican primary, Donald Trump gave a triumphant address on Saturday's results at his Florida Mar-a-Lago club.

"It's been really an amazing night," Trump told supporters. "I've been in competitions all my life and there's nothing so exciting as this stuff."

He thanked the states of Louisiana and Kentucky and dismissed his second-place finish to rival Ted Cruz in both Maine and Kansas. Trump said his campaign barely spent any time in those states, estimating that it was "two hours in one place and two and a half hours in the other."

Of Cruz's win in Maine, Trump added: "He should do well in Maine, because, let's face it: It's very close to Canada."

CBS News continues to see a tight race in Louisiana and Kentucky.

10:39 p.m.With 75 percent of the vote in for Louisiana's Republican primary, the race keeps narrowing.

Now, Donald Trump's lead is down to just four points over Ted Cruz, when he started off the night with a 25-point advantage.

10:20 p.m. ET With 49 percent of the vote in for Louisiana's Republican primary, the already-tight race in the state gets even closer.

Cruz declared his campaign has now "beaten Trump not once, not twice, but seven times," adding that his victories represented wide "geographic diversity."

"What we are seeing is the supporters of the many other good people who ran in this race coming and joining us, because we're the one campaign that has beaten" the GOP front-runner, Cruz said.

Earlier in the evening, Donald Trump was 25 points ahead in the Republican primary.

9:30 p.m. On the heels of two losses Saturday, current Republican front-runner Donald Trump is bouncing back in Louisiana.

Louisiana will award 46 delegates in the Republican primary race.

Three other states vote Saturday in the Republican primary race: Kansas, Kentucky, and Maine. Saturday's states have a total of 155 delegates up for grabs.