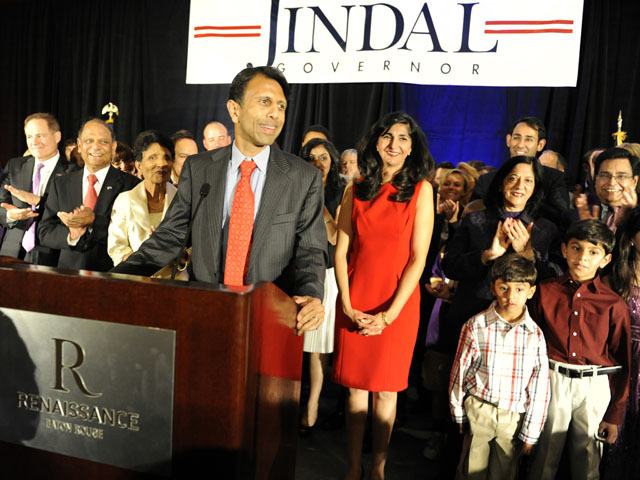 BATON ROUGE, Louisiana - Republican Louisiana Gov. Bobby Jindal has easily coasted to a second term, winning in a landslide election after failing to attract any well-known or deep-pocketed opposition.

The 40-year-old son of immigrants from India overwhelmed nine competitors in the open primary Saturday. In Louisiana, a candidate wins the race outright if he or she receives more than 50 percent of the vote.

Jindal piled up $15 million in campaign cash from around the nation and attracted no Democratic challengers with statewide name recognition or fundraising heft. He's had consistently high approval ratings since taking office in 2008.

The first Indian-American governor in the United States, Jindal is considered by some a possible presidential contender in the future. He recently published a book and regularly appears on national news shows.