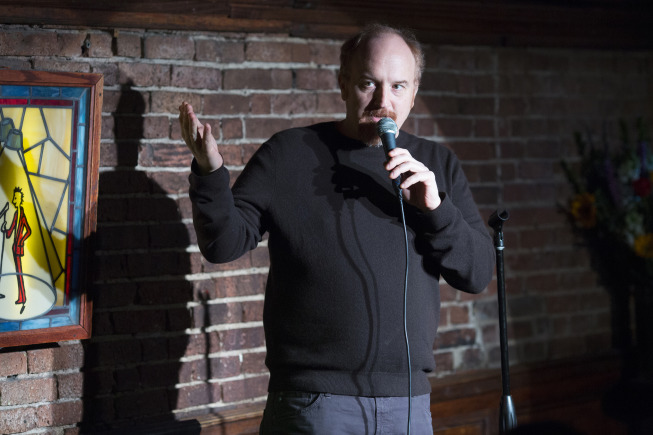 NEW YORK — Louis C.K. performed for the first time since he admitted that multiple sexual misconduct accusations against him were true. The comedian returned to the stage Sunday night at New York's Comedy Cellar, which was heavily featured on his show "Louie."

The performance was unannounced. The club's owner, Noam Dworman, told the New York Times he watched a video of the appearance. He says the 50-year-old comedian was "very relaxed" and was greeted by an ovation from the audience. He says he performed "typical Louis C.K. stuff."

The backlash was swift. Indie distributor The Orchard canceled his movie, "I Love You, Daddy," FX ended its production deal with him and HBO edited him out of "Night of Too Many Stars."

Universal Pictures and Illumination terminated their relationship with C.K. on "The Secret Life of Pets 2." Netflix also said it would not produce a second planned stand-up special starring the comedian, citing his "unprofessional and inappropriate behavior." He had been tapped for two specials. His publicist, Lewis Kay, quit working for him, as well.

Since the scandal, C.K. has largely remained out of the public eye.