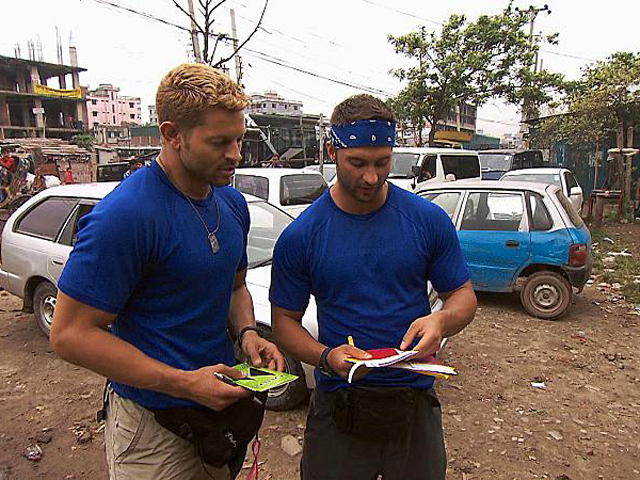 Though they came in second, missing out by minutes on the $1 million prize, Chippendale dancers Jaymes Vaughan, 30, and James Davis, 27, called "The Amazing Race" an "amazing adventure."

"When are you going to get to swim with Russian Olympic women's swimming team?" Vaughan told CBSNews.com in an interview that took place in mid-November, after the show's filming had wrapped up but before the last few episodes had aired.

"For us, even when we had the worst day ever, we were dying laughing, saying, 'What an amazing adventure we had today."

Both Vaughan and Davis said they wouldn't trade the experience for anything. They also had praise for the crew and editors who put the show together.

"What you see is what actually happens," Vaughn said. "What is going on in the race is just so well put together."

Since the race ended, the two are back on the Las Vegas strip, performing nightly at the Rio All-Suites Hotel and Casino.

The pair, who ran the race to win money for medical expenses for Vaughn's cancer-stricken father, also just started a new website, ForgetCancerNow.com, where where fans can make donations.

"I feel like we were given this platform at this time for a reason," said Vaughan, who hails from Virginia. "It's my opportunity to help my family right now. It was my parents who gave me everything I needed while growing up to be able to get where I am now."