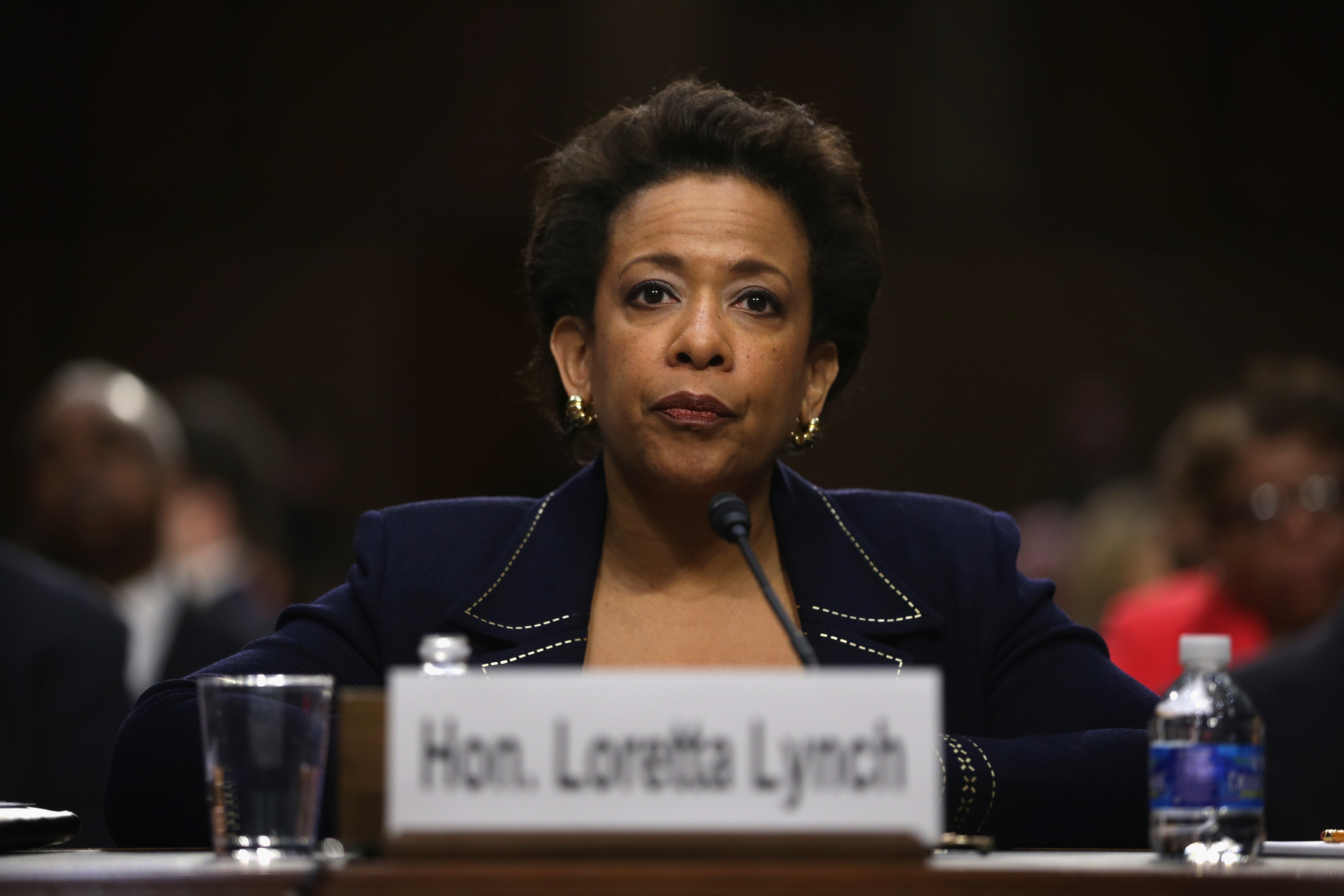 Loretta Lynch was confirmed as attorney general Thursday by a vote of 56 to 43, becoming the first African-American woman to ascend to the post of the nation's top law-enforcement official.

Lynch was nominated by President Obama in November to replace Attorney General Eric Holder, who is retiring. She waited 166 days for a vote, far longer than any of her predecessors. She testified before the Senate Judiciary Committee in late January and received the panel's backing about a month later, on February 26. After that, however, her nomination languished.

That finally came to an end Tuesday when Senate leaders announced they were ready to move forward on both Lynch's confirmation and a vote on a human trafficking bill that had gotten hung up over abortion-related language in the bill.

Still, there was a limited amount of Republican support for her nomination, with 34 GOP senators voting no on a procedural vote earlier Thursday. A number of them have objected to Lynch taking over as attorney general because she believes President Obama's recent move to defer deportation for up to five million illegal immigrants is legal.

"Eric Holder began disregarding the Constitution and laws after he was confirmed as attorney general. Ms. Lynch has told the Senate that's what she's going to do," Sen. Ted Cruz, R-Texas, said on the Senate floor regarding his vote against Lynch on the procedural measure. "For several months, I've called on the Republican majority to block the confirmation of President Obama's executive and judicial nominees other than vital national security positions unless and until the President rescinds his lawless amnesty. The Republican majority, if it so chose, could defeat this nomination, but the Republican majority has chosen to go forward and allow Loretta Lynch to be confirmed."

Cruz ultimately did not participate in the final vote.

Seven Republicans publicly announced they would vote yes on her confirmation before the vote: Orrin Hatch of Utah, Lindsey Graham of South Carolina, Jeff Flake of Arizona, Susan Collins of Maine, Mark Kirk of Illinois, Kelly Ayotte of New Hampshire, and Rob Portman of Ohio. In addition to those seven, Republican Sens. Thad Cochran of Mississippi, Ron Johnson of Wisconsin and Senate Majority Leader Mitch McConnell joined all of the Senate's Democrats in voting to confirm Lynch.

"Ms. Lynch is a well-respected U.S. attorney with a proven record and significant experience handling difficult cases. After meeting with her and reviewing her qualifications, I believe she is clearly qualified and has the necessary experience to serve as Attorney General, and I will support her confirmation," Ayotte, the sixth Republican to announce her support, said in a statement Thursday. "While I continue to have concerns with President Obama's unilateral immigration actions, I have received written assurance from Ms. Lynch that she will respect both the current court injunction barring implementation of the president's November 2014 executive action as well as whatever final decision results from the federal judicial system's review process."

"I am pleased that the United States Senate has recognized her clear qualifications and the need for her confirmation as Attorney General of the United States," Holder said. "I have known and worked closely with Loretta for many years, and I know that she will continue the vital work that this Administration has set in motion and leave her own innovative mark on the Department in which we have both been privileged to serve. I am confident that Loretta will be an outstanding Attorney General, a dedicated guardian of the Constitution, and a devoted champion of all those whom the law protects and empowers."

Mr. Obama had grown increasingly vocal about the delay in Lynch's nomination vote, calling it "embarrassing" and a "crazy situation."

"What we still have is this crazy situation where a woman who everybody agrees is qualified... has been now sitting there for longer than the previous seven attorney generals combined," he said during a joint press conference with Matteo Renzi, Italy's prime minister, earlier this month. "And there's no reason for it. Nobody can describe a reason for it beyond political gamesmanship in the Senate.

"There are times where the dysfunction in the Senate just goes too far. This is an example of it. It's gone too far. Enough," the president continued. "This is embarrassing."

When she was finally confirmed, Mr. Obama said, "America will be better off for it."

"Loretta has spent her life fighting for the fair and equal justice that is the foundation of our democracy," he said, noting she will oversee everything from counterterorrism to voting rights to public corruption to white-collar crime at the head of the Justice Department.

"Loretta's confirmation ensures that we are better positioned to keep our communities safe, keep our nation secure, and ensure that every American experiences justice under the law," he said.