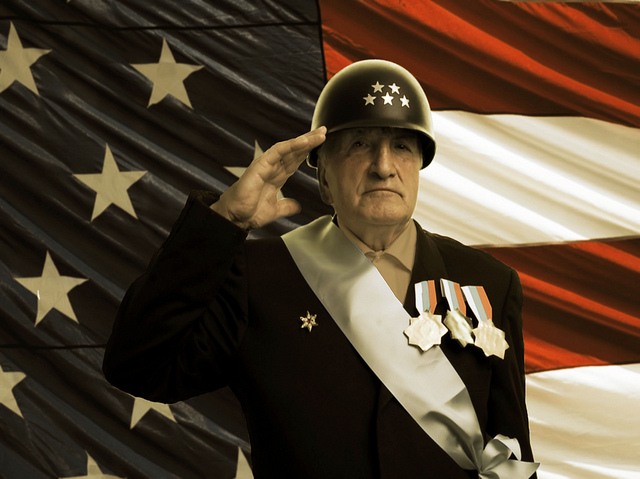 Steve Jobs, General Patton, and Mother Teresa. They were leaders who broke the mold, using their uniqueness to do what no one else could do. What they had in common was that they were unique.

You have unique potential as a leader, and finding it is the key to doing remarkable things. There are situations that are crafted for you to lead. If you're able identify them and sell other people on you as the person to lead, you will command a premium -- in money, prestige and future opportunities.

The question of what makes a good leader is like asking what makes someone a good artist. The ways Steve Jobs, George Patton and Mother Teresa led were as varied as their choice in clothes. Jobs would invoke his famous "reality-distortion field" to make people believe they could do the impossible. Patton would appeal to duty and honor and slap them if they didn't comply. Mother Teresa would appeal to the commonality we all have as human beings, and the need to practice compassion and love. You can love or hate any of them, but there's no denying their effectiveness -- and their uniqueness.

While there is no off-the-shelf process to find your uniqueness, there are two places you can look to help. Warning: you may not enjoy either visit, but like Indiana Jones walking into a crypt, keeping your focus on the goal will help you run out with the treasure

First, examine your disabilities to identify the unique abilities they may complement. People in the strengths movement have long contended that a strength, overplayed, becomes a weakness. An analytical person is an asset, but an over-analyzer is a deficit.

My argument here is that the opposite is true. A disability, underplayed, becomes an asset. Slight attention deficit disorder can make someone more able to jump lines of thinking -- a key in leading innovation. Most executives I know are hard-working to the point of being slightly obsessive compulsive. Nassir Ghaemi, who runs the Mood Disorders Program at Tufts University Medical Center, pushes the argument even further in A First Rate Madness. He argues that some mental conditions often treated with drugs and therapy can make someone more focused, resilient, and creative. He points to John F. Kennedy, Winston Churchill and Abraham Lincoln as examples of leaders who drew strength from disorder.

A disability often carries with it a hidden talent. I'm dyslexic, and that's an obvious weakness. It was hard to learn to read, and I've lost count of the number of times I take a room key back to the hotel front desk and say it doesn't work, only to realize that room 114 isn't room 141, or 411, or, for that matter, 1141. The New York Times reports a study that highlights what many of us with dyslexia already know: We have stronger peripheral vision. When I teach a class or seminar, people are often surprised that I notice something that happened in a group of 100-plus people (like people texting). I'm more aware of the small looks of boredom, or surprise, or sarcasm, and have learned to respond to these in real time. Dyslexia is not a welcome resident in my brain, but did come bearing a gift -- one that has made me a better teacher. It's also helpful in leading because it makes me sensitive to people's reactions to messages. As a child, I would have gladly exchanged my dyslexia for what I considered a more normal brain. As an adult, I'm not so sure.

It's also true that people learn to compensate for disabilities by emphasizing other talents. In South Africa, I met one of best conversationalists on the planet -- who had turned that ability into leading social change. Part of that ability came from the fact that he couldn't read, so he'd get people talking about menus, signs and anything else that was written. I know several executives with Asperger's Syndrome. One in particular has used his natural observer status to become an executive who can see, dispassionately, what's working and what's not. Ironically, part of what he sees with greatest clarity is what's not working with regard to human relationships. He has trouble connecting personally but is great at getting others to connect -- a key aspect of leadership. I know several leaders who stutter. One developed a reflective, halting style as a compensation, which makes him an ideal leader in academia. Another developed a love of alliteration, because it made pronunciation easier. In later life, he became a master of sound bites that have been quoted by millions of people.

This isn't all Happy Land. Disabilities can be awful for all the people involved. In my case, I was almost held back in fifth grade, I was called lazy by my parents, and my father worried that I might have a low IQ. Although he never said the words when I was growing up, I could tell he was disappointed, and the perceived disapproval of a parent may be more serious than the disability itself. (I wasn't diagnosed as dyslexic until I was almost done with graduate school.) That said, the hardships that come with disabilities are powerful teachers in themselves, as noted by research from the Center for Creative Leadership.

The point of visiting disabilities is not to look on the bright side. Leadership is not about positive spin, but about seeing things as they are. The point is to look for your leadership fingerprint. There is a unique way you can listen to others, cobble visions out of what you hear, synthesize advantages for yourself and others by examining the marketplace, and getting others inspired about the possibilities. What can your disabilities teach you about yourself?

Second, examine what you hate about yourself. I worked with a group of highly technical engineers, and they hated that they weren't invited to business meetings. A friend who is a general counsel to a Fortune 1000 company complains she isn't brought into business-strategy sessions. The reason? The engineers are valued as engineers, leading the process of technical excellence in that company. The lawyer is valued for her legal advice, and that role is a key part of the leadership team.

I'm sometimes called "professorial" or "academic," which are words I hate. Not only do they cast doubt on my role as a consultant, but they bring me back to a major assignment I lost early in my career because the client said, "we don't need no [sic] academic mumbo-jumbo around here." But that's who I am. My mother liked to say that she dropped me off at pre-school when I was three and I never left. No matter how many books I write, consulting engagements I lead, I'm most often introduced to audiences as someone on the faculty at USC.

Rather than work on reinventing yourself, it's worth thinking about whether you should embrace what you don't like about yourself instead. (The truth is that self-reinvention, when done properly, is embracing your innermost self. Only partial or flawed reinvention is changing what you don't like.)

I write this blog post as a dyslexic academic, which even as I type it, makes me want to hit delete on this sentence. But then again, without those two aspects of my being, I wouldn't struggle over every word I write, probably wouldn't have much to say because I wouldn't have studied like the egghead I am, wouldn't have found something unique to say in books, would never have been found by MoneyWatch, and you wouldn't be reading this post To whatever extent I have helped you become a better leader, thank my disabilities and the aspects I hate about myself.

Now it's your turn.

If you've learned about your leadership uniqueness from aspects of yourself you dislike, I hope you'll post a comment on it below. We'll all learn from your story.