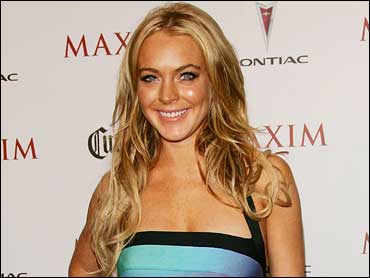 Lindsay Lohan has been sued again for a 2005 car crash in Beverly Hills. In the lawsuit filed Thursday, Raymundo Ortega alleged the actress was under the influence of alcohol when she crashed her car into his van Oct. 4, 2005. At the time, authorities said it did not appear Lohan was responsible for the crash.

The lawsuit, which seeks at least $200,000 in damages, also named The Ivy restaurant as a defendant, claiming its staff gave Lohan alcoholic drinks even though she was under the legal drinking age.

An after-hours e-mail to Lohan's publicist was not immediately returned. A general manager at The Ivy could not be reached for comment.

Lohan, who turns 21 next month, checked into rehab after a wild Memorial Day weekend during which she crashed her Mercedes-Benz into a curb, was arrested on suspicion of driving under the influence and was photographed slumped in the passenger seat of a friend's car.
View CBS News In
CBS News App Open
Chrome Safari Continue
Be the first to know
Get browser notifications for breaking news, live events, and exclusive reporting.