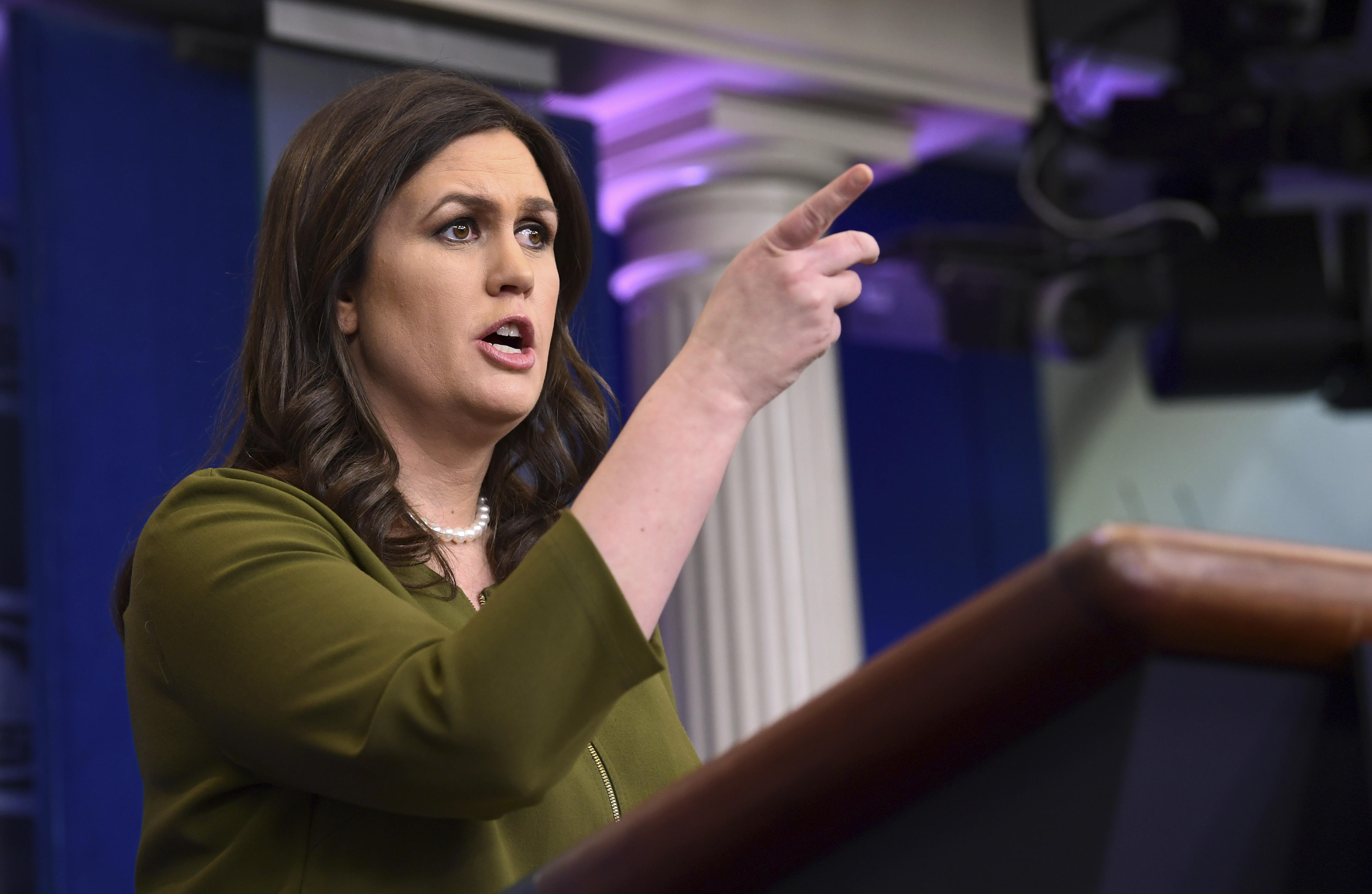 White House press secretary Sarah Huckabee Sanders asserted that former Trump campaign adviser Sam Nunberg is "incorrect" in saying that President Trump "may have done something during the election."

"I definitely think he doesn't know that for sure because he is incorrect," Sanders said Monday during the White House briefing. "As we've said many times before there was no collusion with the Trump campaign, anything further on what his actions are, he hasn't worked at the White House so I certainly can't speak to him or the lack of knowledge that he clearly has."

In an interview Monday with the Washington Post, Nunberg said he is refusing to comply with a subpoena order issued by special counsel Robert Mueller as part of the grand jury's probe into Russian meddling in the 2016 U.S. presidential election. Nunberg said he will not provide campaign-related documents or appear before the grand jury.

"Let him arrest me," Nunberg told the Post, insisting that there is no collusion associated with the Trump campaign. "Mr. Mueller should understand I am not going in on Friday."

In bombastic follow-up interviews on MSNBC and CNN, Nunberg doubled down on his refusal and suggested that the investigation may have evidence against Mr. Trump.

"I think they may," Nunberg said. "I think that he may have done something during the election."

Sanders asserted that she was "not going to weigh in on someone that doesn't work at the White House."