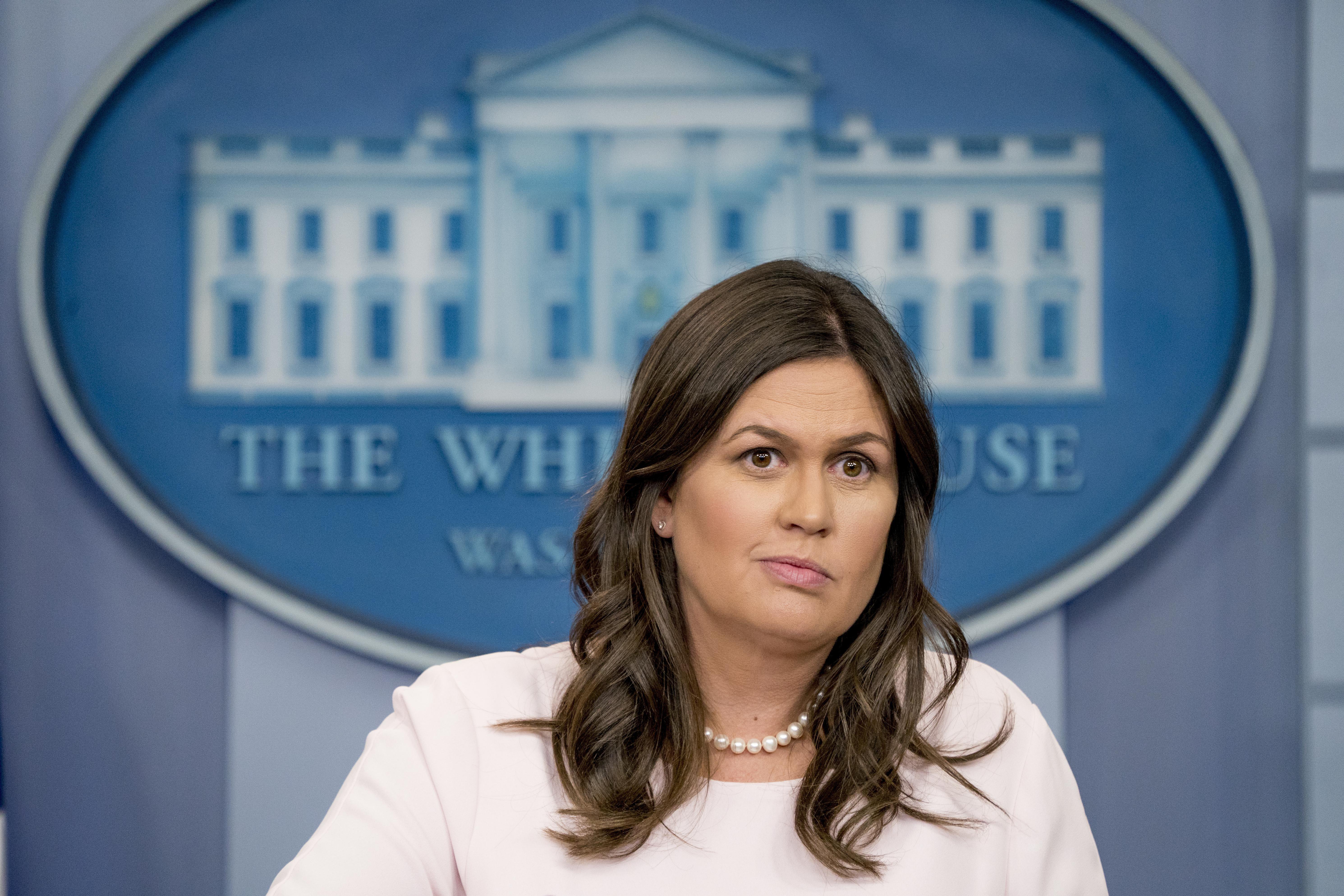 White House press secretary Sarah Huckabee Sanders told reporters Monday that President Trump would have no need to pardon himself from the Russia investigation, following up on his assertion that he has the power to do so.

"Thankfully the president hasn't done anything wrong and therefore wouldn't need one," she said.

Mr. Trump believes he has the "absolute right" to pardon himself, according to a tweet Monday. This suggests that the president thinks he holds the sweeping authority to potentially pardon himself from special counsel Robert Mueller's investigation into Russian interference in the 2016 U.S. presidential election, which he labeled " totally UNCONSTITUTIONAL" in a follow-up tweet.

While Mr. Trump has the presidential authority to grant pardons -- as he did most recently with Thursday's pardon of conservative author and documentary filmmaker Dinesh D'Souza-- it is less clear how this power would apply in the case of a self-pardon.

Legal scholars have speculated on the possibility, but a lack of historical examples makes it a difficult question to answer.

Sanders, however, said that "certainly the Constitution very clearly lays out the law," adding that the president does not believe himself to be above the law.

She maintained that Mr. Trump is not guilty of anything regarding the Russia probe, and the administration continues to cooperate with the investigation.

"The president knows that the special counsel isn't needed because, once again, he hasn't done anything wrong," Sanders said.