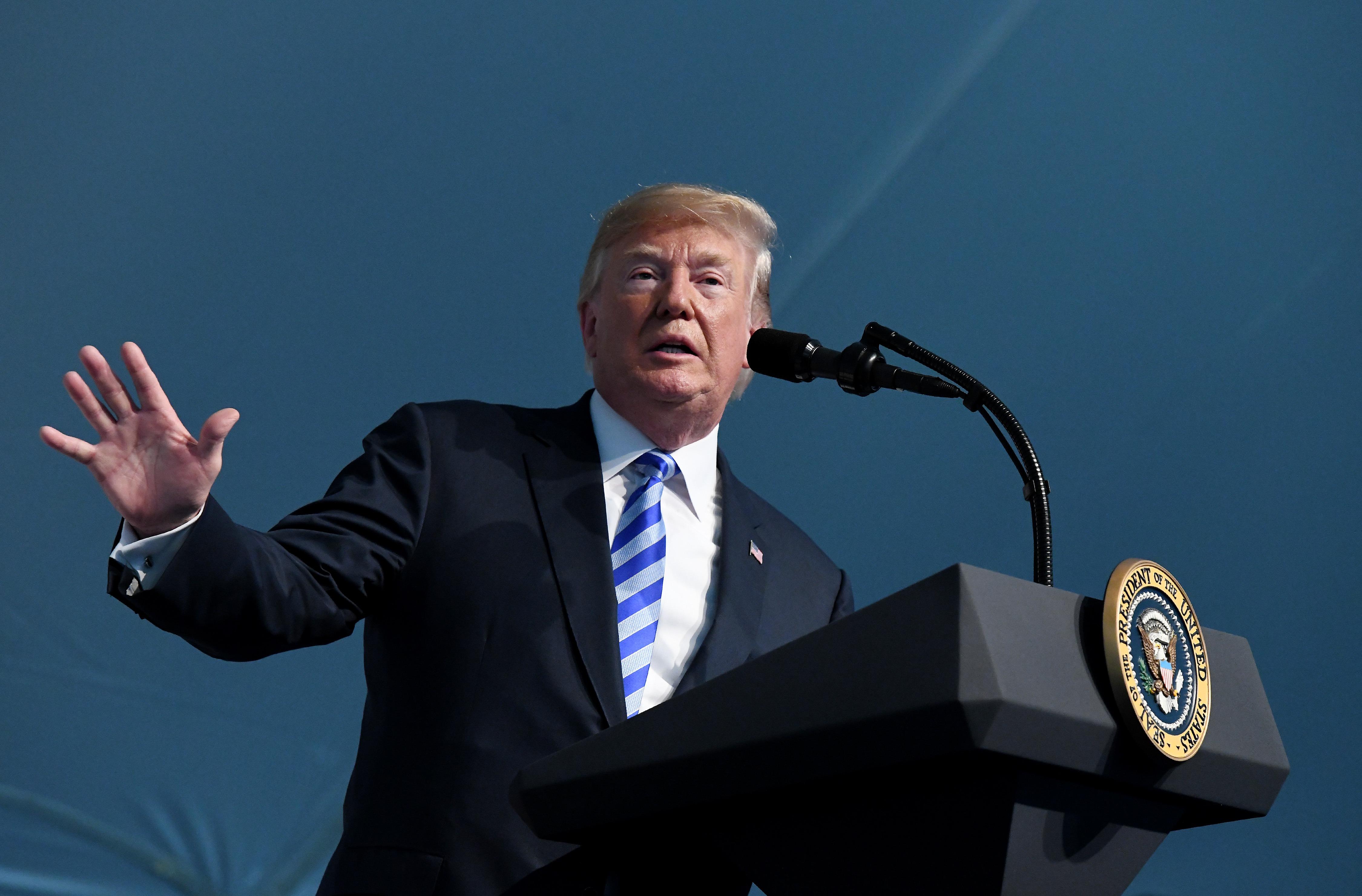 Should he pardon himself? Well, actually...The instant answer should be "of course not!" The political price of a president pardoning himself should be so high that no one would ever consider it. As President Trump's microphone-friendly attorney Rudy Giuliani said on NBC Sunday, "Pardoning himself would be unthinkable and probably lead to immediate impeachment."

But as is the case with so much involving Trump, the "unthinkable" gets an inordinate amount of thinking. There is, in fact, a case for the president to issue a blanket #RussiaGate pardon, and the case is getting stronger, thanks to the irrational hatred of his opponents.

On the question of whether Trump has self-pardoning power, the weight of opinion appears to be with Giuliani—He can, but he shouldn't. UCal-Berkley law professor and former legal adviser to the Geoge W. Bush administration John Yoo speaks for the vast majority of scholars when he points out the Constitution grants the president virtually unlimited pardon power in Article II of the Constitution. The Constitution says the president can"grant reprieves and pardons for offenses against the United States, except in cases of impeachment." That's it.

"President Trump can clearly pardon anyone — even himself — subject to the Mueller investigation," Professor Yoo writes.

Another former DOJ official, Andrew McCarthy, agrees with the legal consensus that a president can pardon himself, and goes even farther. He notes that Trump need not wait to be charged with a crime before issuing a pardon:

"After President Nixon resigned, President Ford pardoned him even though he had not been indicted. President Lincoln mass-pardoned Confederate soldiers and sympathizers, and President Carter mass-pardoned Vietnam draft evaders. Thus, the fact that special counsel Mueller has not, and may never, file criminal charges would not prevent President Trump from issuing pardons," McCarthy writes.

There are dissenters of course.

But if this idea sounds crazy, it's actually been floating around since at least last October, when respected Republican attorneys David B. Rivkin Jr. and Lee A. Casey—who both served in the Reagan and George H.W. Bush administrations —floated it in the Wall Street Journal:

"Mr. Trump can end this madness by immediately issuing a blanket presidential pardon to anyone involved in supposed collusion with Russia or Russians during the 2016 presidential campaign, to anyone involved with Russian acquisition of an American uranium company during the Obama administration, and to anyone for any offense that has been investigated by Mr. Mueller's office," they wrote. "Political weaponization of criminal law should give way to a politically accountable democratic process."

And this is the most powerful argument for the self-pardoning case: "a politically accountable democratic process."

While cable news continues its obsession with the #RussiaGate story and every tweet, text or eyebrow-twitch related to it, President Trump and his allies have a strong and simple argument to make: They literally have more important things to do.

And that is Trump's strongest argument in this entire debate.  Most Americans are focused on record jobs reports, and the possibility of a North Korea deal, and whether Trump's trade war will result in a negotiated settlement that benefits American workers or an economic fiasco that kills jobs and drives up prices.

Trump can argue that he's taking care of the people's business while his opponents are engaged in—as the POTUS loves to put it—a "partisan witch hunt."  He seems to have a point: In addition to the steadily-growing support for Trump even as the media's #RussiaGate mortar fire continues, a recent CBS poll found that a majority of Americans view the Mueller investigation as politically motivated.

Given the steady stream of new information about the FBI and DOJ's behavior during the 2016 campaign—including an inspector general's report expected to be highly critical of the pro-Clinton bias inside the agencies—public trust is likely to continue its decline.

In other words, we're looking at months of legal wrangling, political posturing and maniacal early-morning Trump tweeting, all to get to a Mueller report that many Americans will reject out of hand, whatever the final conclusions.  What's the point? Why shouldn't Trump issue a pardon today and move on with being president?

The real answer is that he doesn't need to.  As CBS News found in its latest poll, the GOP's position headed into the midterms is getting stronger. There's a slim-but-real chance the Democrats might not take the House, and the GOP has an excellent chance of adding to its majority in the U.S. Senate.

The "pardon and get past it" advice might have made sense last October when Trump and the GOP's prospects looked dismal. Today, Trump can keep sending his lawyers out to make the most extreme political case—a president can't commit obstruction, for example—while he gives speeches about peace abroad and prosperity at home.

"Hatred of Trump can lead to blindness about the Constitution. In this case, unhinged, unrestrained, unaccountable bureaucrats are the bigger threat to liberty. Don't like Trump firing Comey because he controls a unitary executive? Vote against him.  That's how the system works."

Why isn't that good enough?