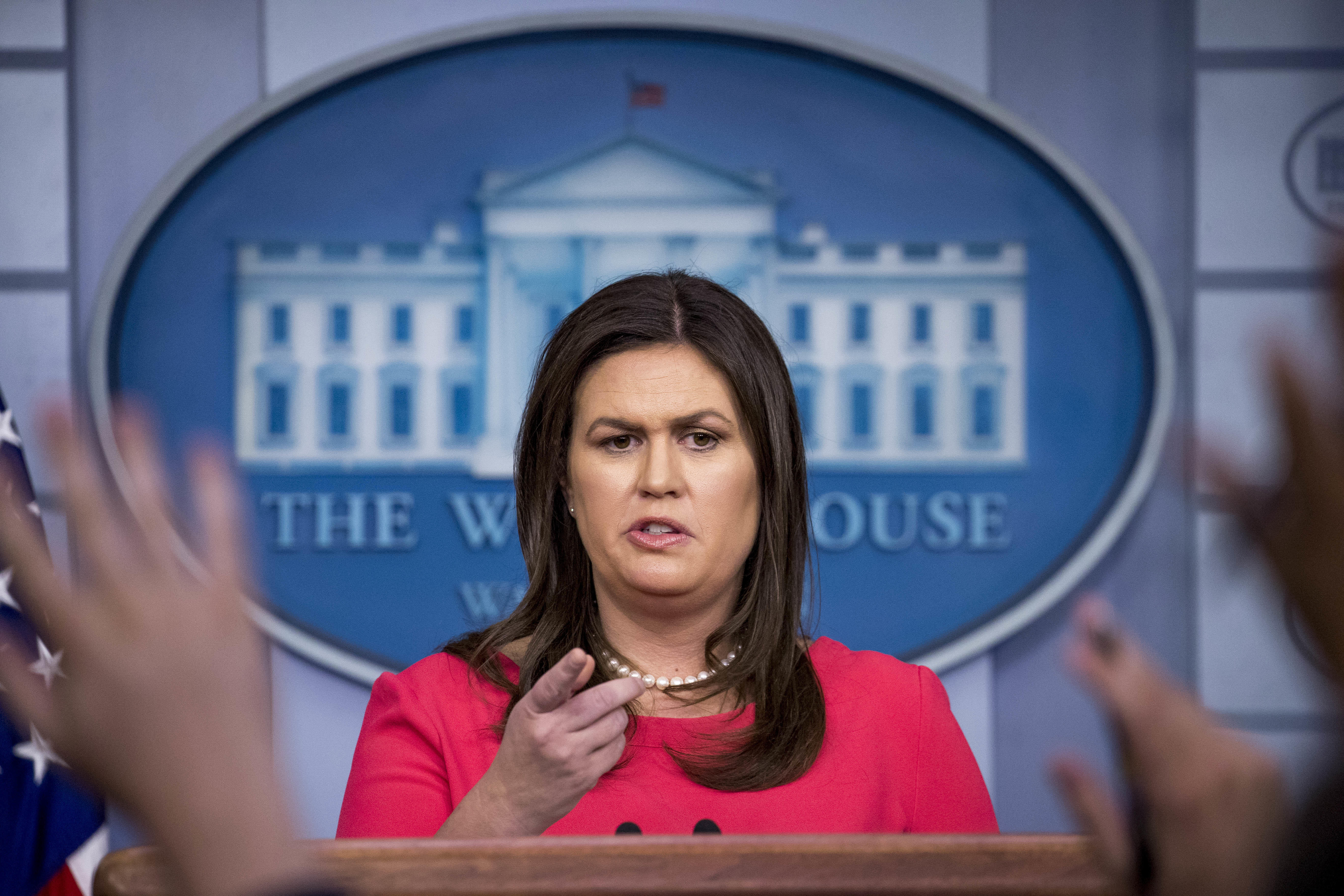 At the summit Monday, Mr. Trump said "I don't see any reason why it would be Russia" while addressing a question about Russian meddling in the 2016 U.S. presidential election. But during a White House meeting Tuesday with members of Congress, Mr. Trump walked back the original statement, claiming that he meant to say he did not see any reason why it "wouldn't" be Russia and that he accepts the U.S. intelligence community's conclusion that Russia did indeed interfere with the 2016 election.

"The president saw a need to clarify the position," Sanders said. "He saw how his comments were being interpreted, he looked at the transcript and clarified those comments." Sanders emphasized that Mr. Trump "had misspoken and wanted to clarify what he said."

During a Cabinet meeting earlier Wednesday, Mr. Trump also appeared to deny that Russia is still targeting the United States:

TRUMP: Thank you very much. No.

REPORTER: No? You don't believe that to be the case?

However, during the press conference, Sanders claimed the president's "no" was in response to taking further questions from the press. She also insisted that Mr. Trump has been "extremely tough on Russia" and critical of Putin himself.

"The president and his administration are working very hard to make sure that Russia is unable to meddle in our elections as they have done in the past," Sanders said.

She also said that "a number of issues were raised" in Mr. Trump's private meeting with Putin during the Helsinki summit. That meeting was originally set for 30 to 60 minutes, but instead lasted two hours.