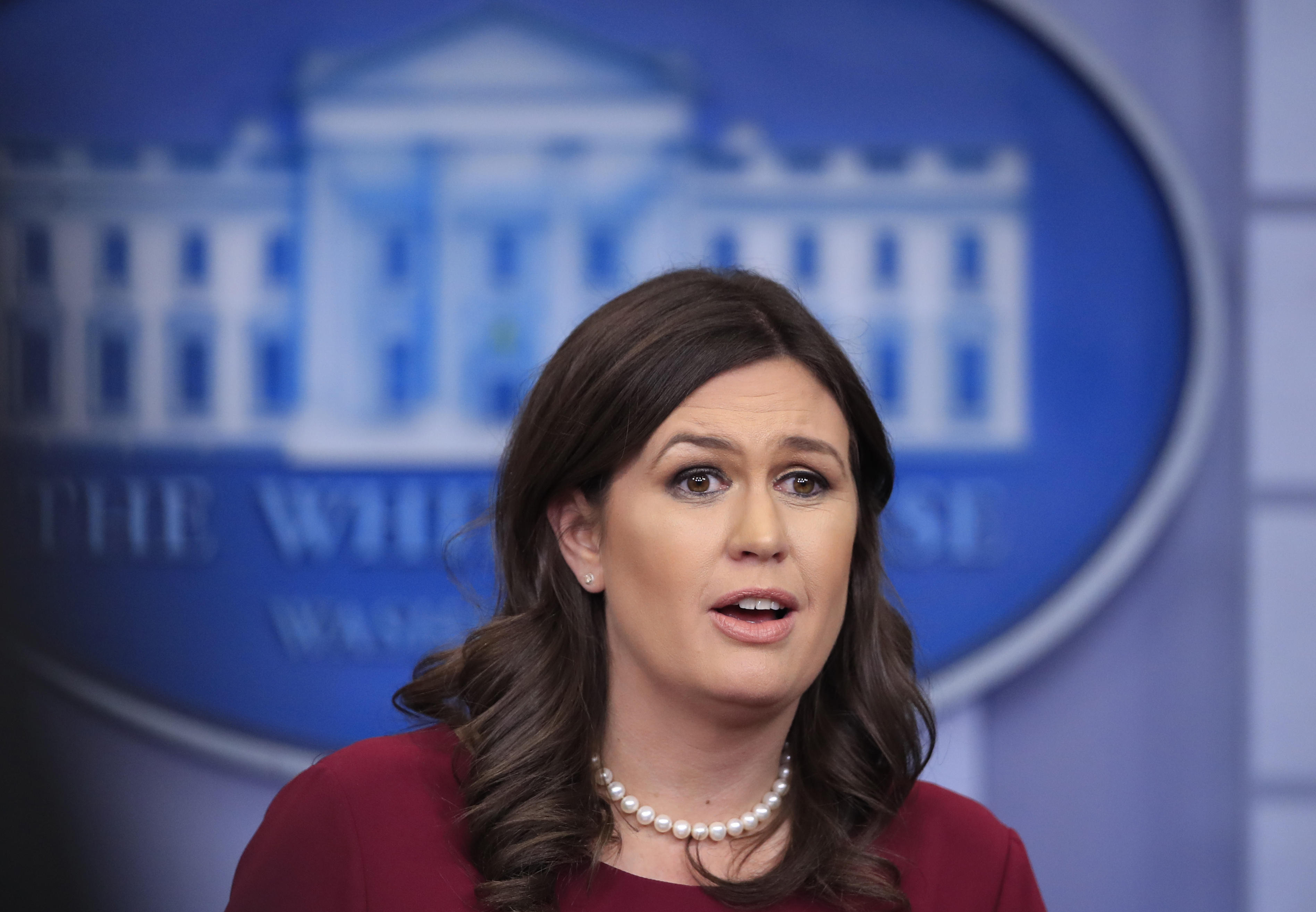 Tuesday's White House press briefing was once again dominated by questions of the president's former staff secretary Rob Porter, who resigned from the White House last week after allegations of his spousal abuse surfaced in reports.

White House Press Secretary Sarah Huckabee Sanders, in an attempt to explain the discrepancy between her comments and those of FBI director Chris Wray, said that the FBI sent information on its background check into Porter to the White House on Wray's timeline, but that information languished in the White House Personnel Security Office. Information continued to be transmitted to that office until February. The personnel security office had not yet made a recommendation. Meanwhile, Porter continued working under an interim security clearance.

"The White House Personnel Security Office, staffed by career officials, received information last year of what they considered to be the final background investigation report in November. But they had not made a final recommendation for adjudication to the White House because the process was still ongoing when Rob Porter resigned. In the view of personnel security office, the FBI's July report required significant additional investigatory field work before personnel security office could begin to evaluate the information for adjudication. As Director Wray said, information was still coming to the White House Personnel Security Office in February."

Sanders did not know if any derogatory information was contained in the FBI's initial reports filed in March and July. She was not aware of any communication between the personnel security office and the West Wing, but couldn't say with absolute certainty.

She said John Kelly did not have information about these allegations until the story broke and that the president continues to have confidence in his chief of staff.

White House Communications Director Hope Hicks, who is dating Porter, was not involved in drafting statements about her boyfriend.

"She was not part of a lot of the conversations that took place," Sanders said. "I don't recall any of you being in the room to be able to say specifically what comments she made or didn't make. She's the White House communications director and is an important and valuable member of the staff and has done a great job in that role."

Porter's first wife, Colbie Holderness, wrote an op-ed in the Washington Post saying she expected Sanders, as a woman, "to do better."

Sanders responded to Holderness' words, "We do the very best job we can every day. I would never presume to understand anything going on with that individual, nor would I think that she could presume what's going on with me."

To start off the briefing, Sanders invited Secretary of Transportation Elaine Chao to accept a $100,000 check from President Trump, his fourth-quarter salary, as a donation to the Department of Transportation.

The donation comes as the Trump administration is upping its call for improved American infrastructure. It aims to spend a minimum of $200 billion in federal funds over the next 10 years to improve the nation's roads and bridges. However, Mr. Trump's infrastructure plan details a total of $1.5 trillion in spending. That means that roughly only 13 percent of the plan is composed of federal funds, putting the remaining budget burden on the private sector as well as state and local governments to supplement the funding.