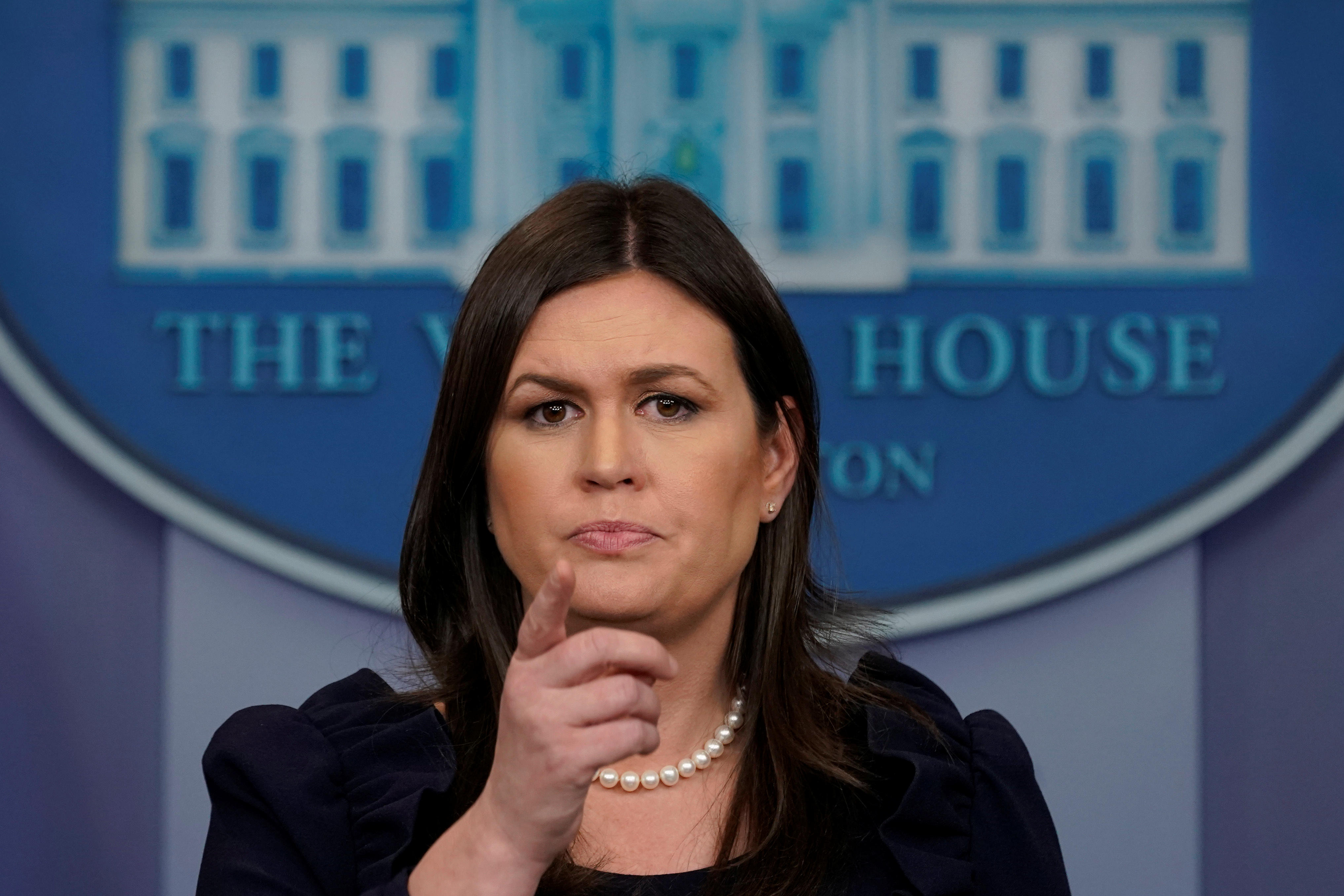 Sanders said that while President Trump "above all" supports victims of domestic violence, he believes those accused should still be entitled to due process and that "a mere allegation is not the determining factor."

"The president and the entire administration take domestic violence very seriously and believe all allegations need to be investigated seriously," she said to reporters at Monday's White House press briefing.

Porter resigned Wednesday once reports of his behavior, which he has repeatedly denied, surfaced.

Friday, Trump said that Porter "did a great job while he was at the White House. And we hope he has a wonderful career." White House chief of staff John Kelly also defended Porter, calling him "a man of true integrity and honor."

Sanders said that those coming to the defense of Porter were only speaking from "the personal interaction" that they had with him.

On the question of why it was that Porter was able to operate under an interim security clearance with a background check that stretched out over a year, Sanders told reporters she would not discuss specific details of how the clearance process works, but clarified that the FBI and intelligence communities are responsible for the process, rather than the White House.