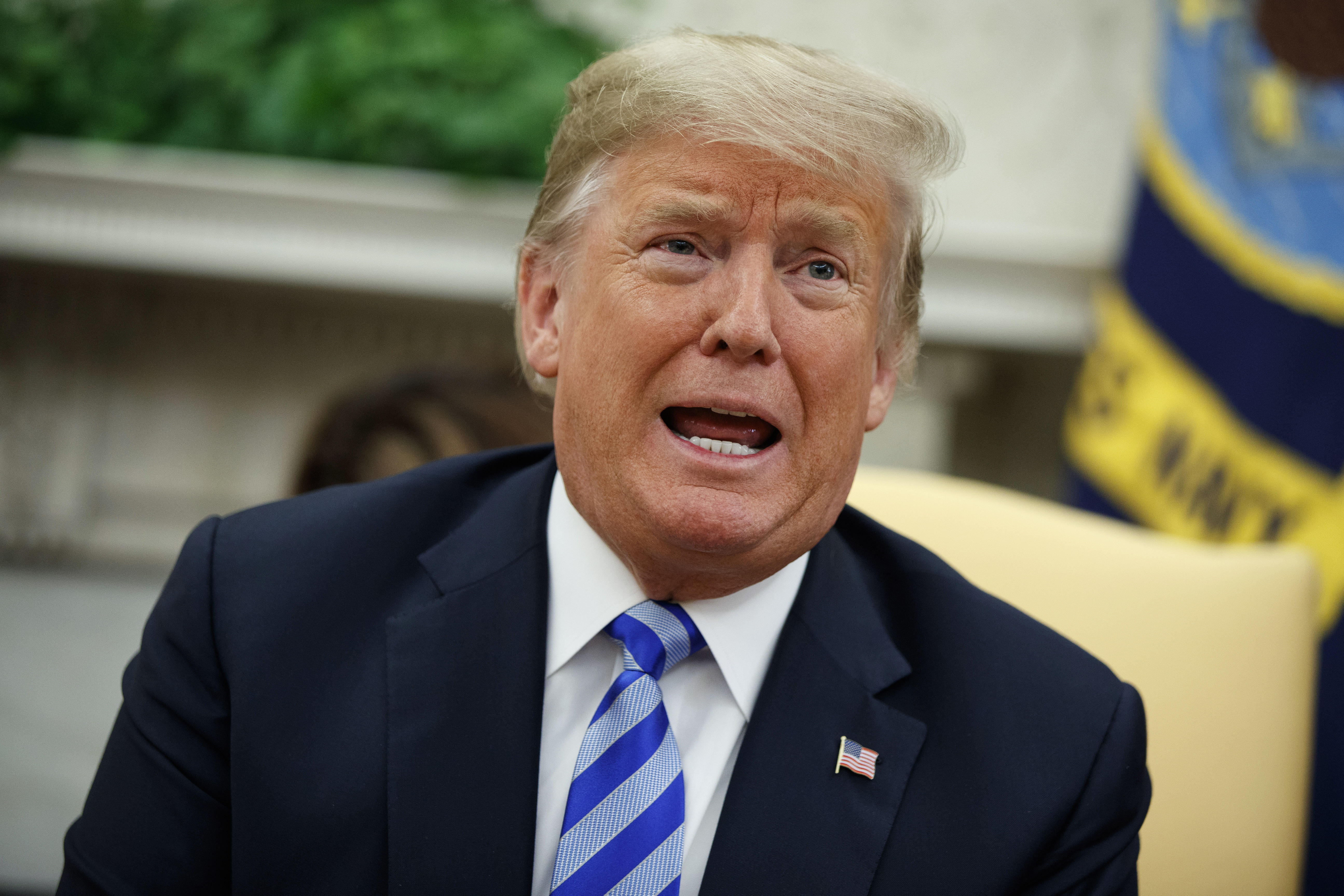 "The book means nothing. It's a work of fiction," he said, pointing to statements by Defense Secretary James Mattis and chief of staff John Kelly denying they made the harsh comments Woodward claims they made. The veteran journalist, whose reporting on the Watergate scandal led to congressional investigations that led to the end of Richard Nixon's presidency, wrote that Mattis reportedly told associates that Mr. Trump had the behavior and the understanding of "a fifth- or sixth-grader." Kelly, Woodward claimed, had said Mr. Trump was an "idiot" and told fellow staff members, "He's gone off the rails. We're in Crazytown. I don't even know why any of us are here. This is the worst job I've ever had." Kelly denied calling the president an "idiot."

According to the book, Kelly said that Mr. Trump was an "idiot" and told fellow staff members in a meeting that, "He's gone off the rails. We're in Crazytown. I don't even know why any of us are here. This is the worst job I've ever had."

Kelly said in a statement Tuesday afternoon that "The idea I ever called the President an idiot is not true," though he did not address his other disparaging remarks.

In the meeting, Mr. Trump characterized Kelly's statement as "strong."

The president also accused Woodward of another motive in the timing of the release of his book, "Fear."

"It was put out to interfere in my opinion with the Kavanaugh hearings," the president told reporters.

Mr. Trump criticized Democrats who have criticized Kavanaugh and the confirmation process, complaining about late access to thousands of documents related to his tenure in George W. Bush's administration. "The other side is grasping at straws, and really the other side should embrace him."

The president denied another claim from Woodward's book, that he had proposed assassinating Syrian leader Bashar al-Assad. It was "never even discussed, " he said. But he called the situation in Idlib, Syria "very sad," and he said, "If it's a slaughter the world will get very angry and the United States will get very angry too."