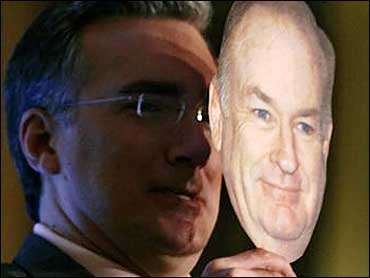 Opinionated talk is big business on cable news networks when the sun goes down. But during the day, it's the complete opposite.

MSNBC is shuffling its daytime lineup early next year because its strategy of spreading personality-driven programming throughout the schedule isn't working. The new approach will emphasize a fast-paced review of the day's big stories as they break.

The prime-time audience for cable news is either substantially different from daytime's, or viewers simply want to see something different, depending on the time of day.

Cable news is often considered a form of background noise during the day, on in the office or home while people are doing something else. Sometimes people briefly visit the networks for a check of the headlines, said CNN's John King.

At night, it's different, when fans of Bill O'Reilly, Keith Olbermann, Sean Hannity, Rachel Maddow and the like have time to lounge in their living rooms and hear the news filtered through their favorite personalities.

MSNBC's prime-time lineup of Olbermann and Maddow put the once-struggling network on the map, establishing itself as a liberal voice during President Barack Obama's campaign. Even after the election, MSNBC's prime-time has run neck-and-neck with CNN for second place behind the dominant Fox News Channel. MSNBC will beat CNN among its target demographic of 25-to-54-year-olds in 2009 for the first year ever, according to the Nielsen Co.

Early morning tends to reward personality, too, with the lively "Fox & Friends," MSNBC's "Morning Joe" and Robin Meade on HLN. Things change when the workday starts.

Ratigan is not shy about spouting off; he apologized last week for being rude to a Florida congresswoman during an interview about health care reform. He proved a bad fit in the morning. MSNBC is cutting his show in half and moving it to 4 p.m. EST before Chris Matthews.

As replacements, MSNBC will pair Chuck Todd and Savannah Guthrie for one hour at 9 a.m. EST, in a newsy, nonpartisan look at the day's upcoming news. For the other daytime hours, MSNBC will have general news programming anchored by David Shuster, Tamron Hall, Contessa Brewer and Andrea Mitchell, said Phil Griffin, the network's chief executive.

"We did some experimentation to find out what the audience during the daytime wants and I think we found out they want your basic facts - give me the facts, ma'am," Griffin said. "We can still do it with our passion and a fast pace."

MSNBC may need to prove its news commitment to viewers. With news of the attempted terrorist attack on a plane bound for Detroit breaking late on Christmas, the network stuck with pre-taped programming. CNN and Fox covered the story much more extensively.

His rivals have long acknowledged the differences. During the network's public battle with the Obama administration this fall, Fox executives made a point of casting daytime differently, saying it is when the network's news operation operates, as opposed to the editorial section with O'Reilly and Hannity at night.

The main CNN network, while it has suffered in prime-time, has more than twice MSNBC's audience from 9 a.m. to 5 p.m., according to the Nielsen Co. During the midday hours, MSNBC often runs fifth in its target demo behind Fox, CNN, HLN and CNBC.

News junkies who want opinion during the daytime are more likely to seek it out in a different form. Those are the hours when radio stars such as Rush Limbaugh, Hannity, Glenn Beck and Ed Schultz air their programs. They're better-suited to busy people who can listen in their car radios, for example.

MSNBC will be committed during the day to making sure that viewers who tune in are told the big stories of the day within five or 10 minutes, Griffin said.

"All three cable networks kind of struggle during the day trying to figure out their identity," he said. "We're going to get into a more aggressive headline and information programming."