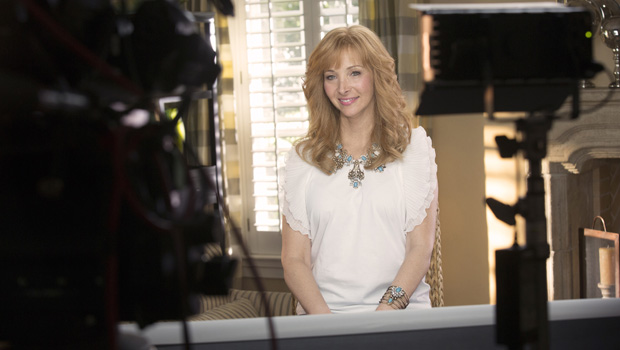 Lisa Kudrow has no problem slipping in and out of her character Valerie Cherish when talking about the return of HBO's "The Comeback." (The series follows Cherish, a washed up B-list actress desperate for fame and relevance who is filming a reality TV show).

The show aired for one season in 2004 before HBO opted to not bring it back for more episodes, with some critics saying it was ahead of its time -- a concern shared by co-creator Michael Patrick King, Kudrow said.

"We were working on it and (King) went, 'What if we're too far ahead? That's not good.' I said, 'What are we gonna do about it now? There will be other seasons and then they'll catch up.'"

When Kudrow found out HBO was interested in bringing back her comedy "The Comeback," she says she was as surprised as everyone else.

"A year ago? Never would have thought," said the actress in a recent interview.

They decided to do six episodes and pick up nine years later because the idea of continuing as if no time had passed was "ridiculous," she said.

In the new season, Valerie has hired some USC students to shoot a pilot for a reality show that she's going to present to Andy Cohen for Bravo. In the years that have passed, she hasn't worked much, just guest-starred on a crime drama, participated in student films and starred in an infomercial for red hair dye.

Cherish is often humiliated and embarrassed by people around her who don't take her seriously. Kudrow says some people are taking that way too personally.

"I was like, 'I don't know why you're taking it so hard. She was OK. Didn't you see she was OK? This is a person in denial. It's a wonderful tool," she laughed.