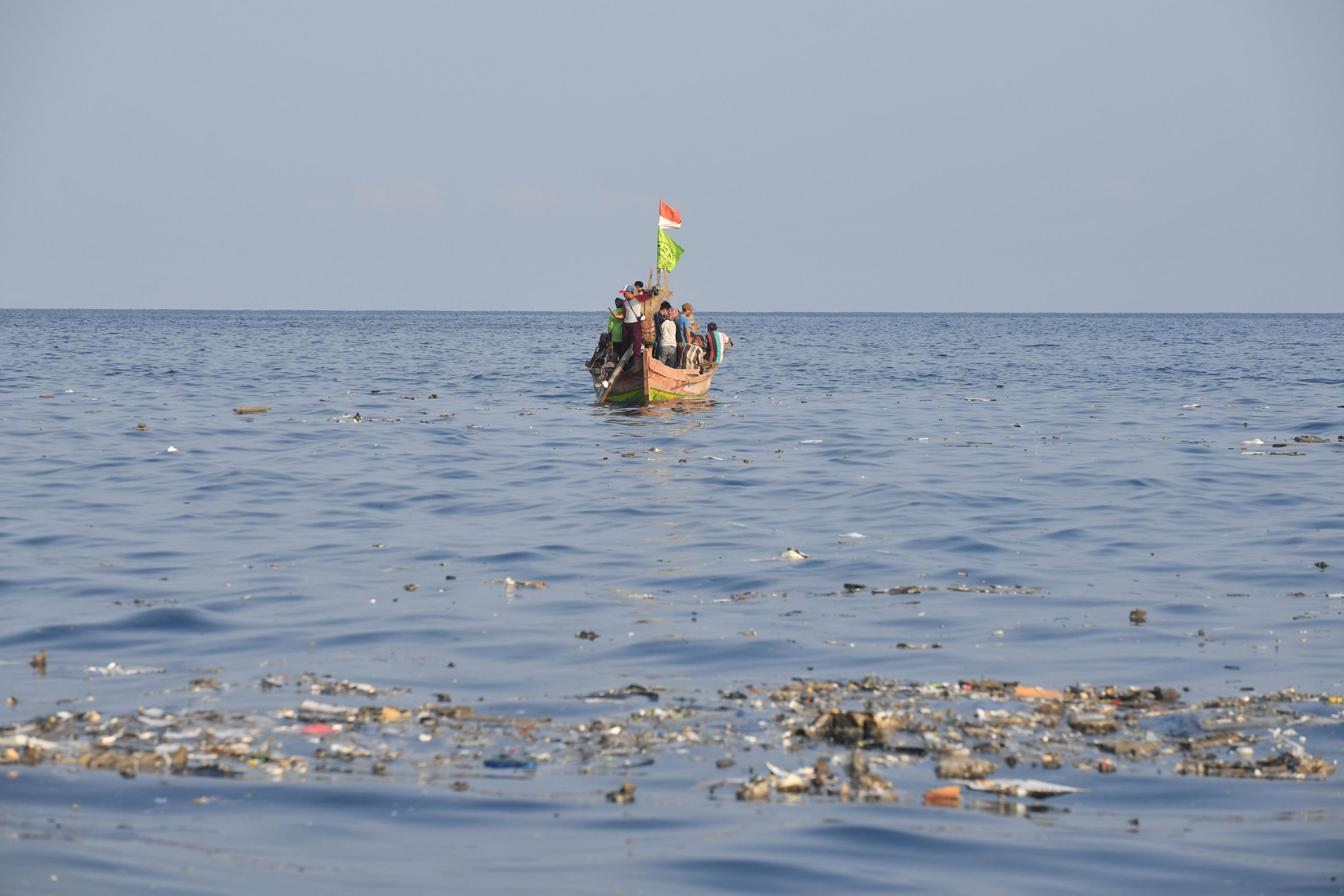 A team searching for Indonesia's Lion Air Flight JT610 heard a "pinging sound" late Tuesday, indicating they may have found the doomed airliner's fuselage on the seabed off Jakarta's coast. The Boeing 737 Max 8 jet, put into service two months ago, plunged into the Java Sea moments after takeoff early Monday.

There were 189 people on board, including three children, and they are all presumed dead.

"Based on the presentation of the head of the National Search and Rescue Agency, the coordinates of the suspected body of the aircraft have been found," Hadi Tjahjanto told an Indonesian TV station. "We will send a team there to confirm," he added.

"Pinger locators" are being used to try to locate the so-called "black boxes" containing the cockpit voice recorder and flight data recorder, according to the Reuters news agency.

Recovery crews in Indonesia have been finding bodies and debris over the last couple of days.

Lion Air's president admitted the aircraft, delivered in August, had a "technical issue" in its previous flight Sunday but insisted the problem had been fixed.

Officials said the non-stop search effort has resulted in 48 body bags containing human remains being sent to police identification experts. Family members have been providing DNA samples for use in testing.

Indonesian transportation officials are looking into imposing sanctions on Lion Air operations in the wake of the crash.

It was the first crash involving the Boeing 737 Max 8, one of the company's most advanced jets. Boeing said experts were expected to arrive in Indonesia Wednesday to aid in an "intense" internal investigation by Lion Air already underway.

Flight-tracking websites had documented the plane's erratic speed and altitude in the early stages of a flight earlier Sunday and the fatal last flight Monday. The Associated Press reports safety experts are exercising caution about rushing to a conclusion about the crash's cause.

The crash is the worst airline disaster in Indonesia since an AirAsia flight from Surabaya to Singapore plunged into the sea in December 2014, killing all 162 on board.

Indonesian airlines were barred in 2007 from flying to Europe due to safety concerns, though several were allowed to resume services in the following decade. The ban was completely lifted in June . The U.S. lifted a decade-long ban in 2016.

Lion Air, a discount carrier, is one of Indonesia's youngest and biggest airlines, flying to dozens of domestic and international destinations.

In 2013, one of its Boeing 737-800 jets missed the runway while landing on the resort island of Bali, crashing into the sea. None of the 108 people on board died.