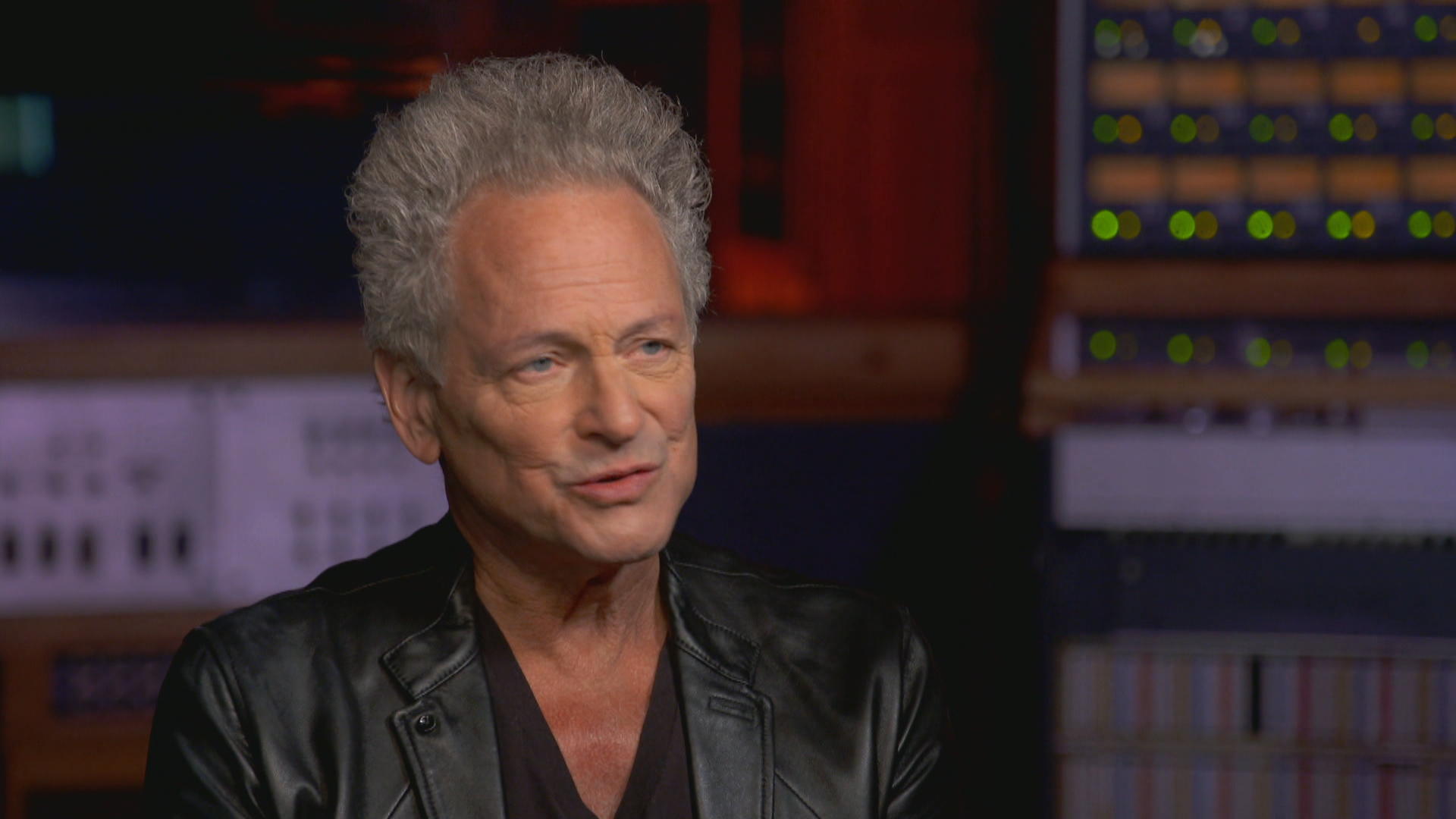 Even in a group notorious for turmoil, it came as a shock when earlier this year Fleetwood Mac fired Lindsey Buckingham, a key member of what many consider the band's classic lineup. Buckingham sued, and in his first television interview since being ousted, he revealed that he and the band have settled that lawsuit.

"I'm happy enough with it," Buckingham said. "I'm not out there trying to twist the knife at all. I'm trying to look at this with some level of compassion, some level of wisdom."

"It hurt for a while," he said. "I did walk around for a few months with a visceral reaction to that."

Buckingham has a 43-year history with Fleetwood Mac. He helped shape their classic sound and wrote some of their biggest hits. In January, the band was honored at the MusiCares Benefit Grammy weekend, but it would be Buckingham's last performance with Fleetwood Mac. Two days later, he heard from their manager.

"Irving Azoff called me up and he was basically screaming at me," Buckingham said. "He was screaming at me on the phone saying, 'You've really done it this time.' And I had no idea what he was talking about. He said, 'Stevie never wants to be on stage with you again,' and I'm going, 'Why?'"

Buckingham insists he had agreed to postpone his own solo tour to join the band, but said Azoff told him Nicks didn't like his behavior at the MusiCares event. She complained that he had smirked behind her when she gave her acceptance speech.

"It appeared to me that she was looking for something to hang on me, in order to instigate some kind of coup. Irving told me a couple of days later that she'd given the band an ultimatum and either I had to go or she was going to go," Buckingham said.

Asked if he has any sense of why Nicks would have reached that point, Buckingham said, "I don't know. None of it makes sense to me, you know? Fleetwood Mac, the five of us together is in my mind, is a very sacred thing."

Buckingham and Nicks were a duo, professionally and romantically, when they joined Fleetwood Mac together in 1975. But they broke up during the recording of the landmark "Rumours" album. The song "Go Your Own Way" is about their breakup.

"I was not the one doing the leaving. She left me. But there was never really any chance to get anything like closure because that takes perhaps some distance," Buckingham said.

Buckingham described his relationship with Nicks as "fragmented," but he believes there's "still a lot of love there." Over the years, Buckingham said the two have spent time together outside of the band.

"In sort of spurts though, you know? In 2011 when I did my solo album, 'Seeds We Sow,' I spent a ton of time over at her house …and we got along great. I mean the chemistry is the chemistry," he said.

Buckingham also revealed that he hasn't spoken to any member of the band since his firing almost a year ago.

"I have had, only in the last couple of weeks, I have gotten an email, which I expected to get, from Christine McVie," he said. Buckingham and McVie recorded an album together last year and went on tour.

"She wrote me an email and basically said, 'Dearest Lindsey, just know that I had nothing to do with any of this. Know that I miss you so much.' She said, 'I believe deep in Stevie's heart that she would like you to come home,'" Buckingham said.

He believes it could mean Nicks may have already gotten over what happened earlier this year.

"That maybe, underneath everything, Stevie would like to see me back already, that maybe she feels ambivalent about what's going on. This could just be Christine expressing wishful thinking or expressing something she thinks will make me feel better," he said.

Buckingham said he's open to getting back with Fleetwood Mac but isn't expecting a reunion.

"I'm pretty much figuring that I won't because a lot of people who know how convoluted Fleetwood Mac's politics have been will say two years from now they're gonna … and I'm like, 'I'm not so sure.' You know, it's something is a little different this time," he said.

What's different? He's not sure. Instead, Buckingham has spent the year putting together a retrospective of his solo work and will tour behind it into the New Year.

"I'm not someone who necessarily likes to look back. I like to look forward. And that certainly served me well this year. But I was quite taken by curating a 35-year plus body of work … to be able to go out and celebrate that has been really very cathartic. Yeah. So I am having a great time."