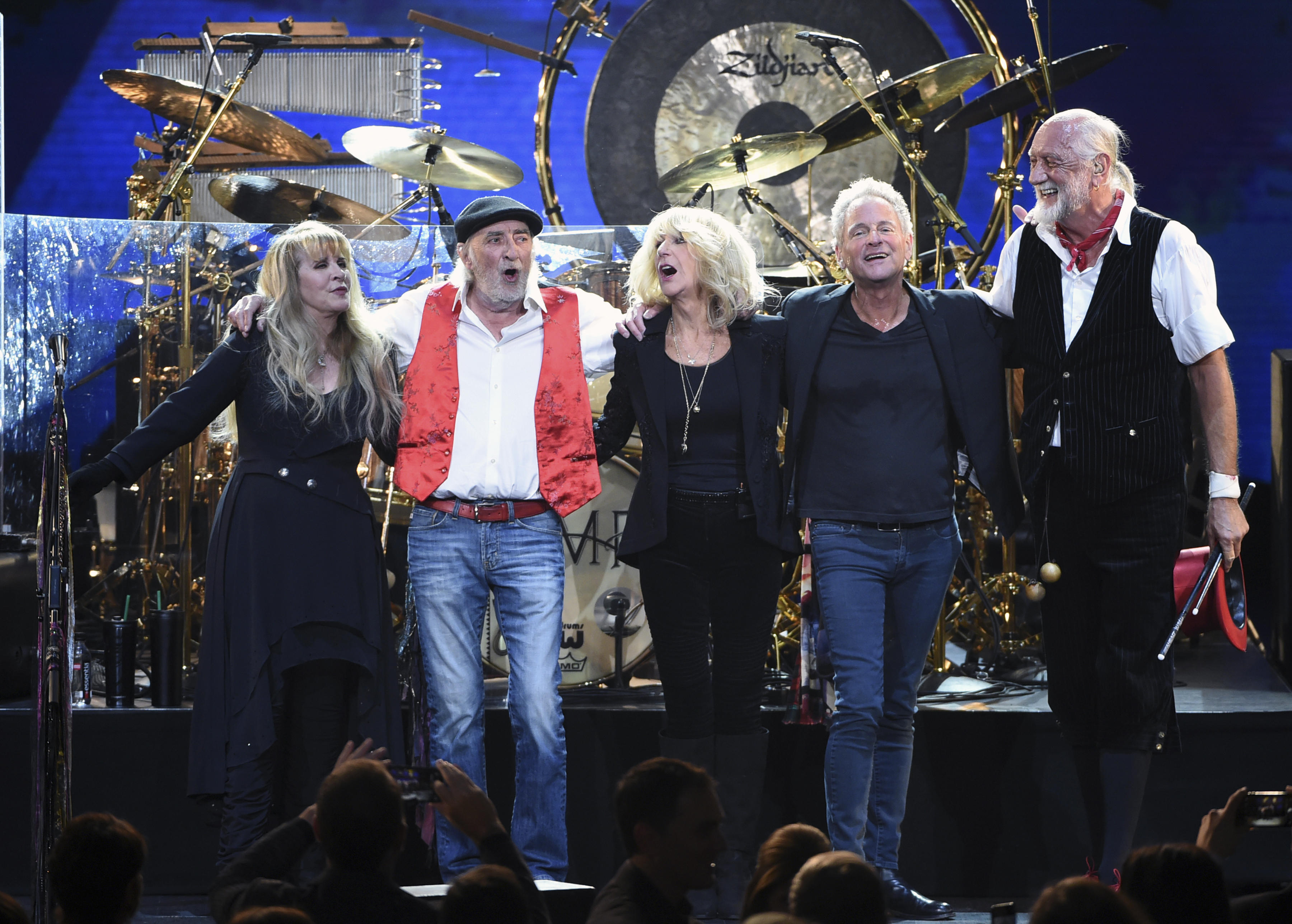 LOS ANGELES — Fleetwood Mac might be having a resurgence on Billboard charts, but there appears to be turmoil within the band yet again. Lindsey Buckingham will have to go his own way. The singer-guitarist is out of Fleetwood Mac.

The band said in a statement Monday that Buckingham will not be on their new tour. The announcement came in two terse sentences at the bottom of a long news release announcing the new concerts.

"Lindsey Buckingham will not be performing with the band on this tour," the statement said. "The band wishes Lindsey all the best."

Buckingham joined the band with then-girlfriend Stevie Nicks in 1974 and the two became the central faces, voices and songwriters of the group for the four decades that followed.

Buckingham sang and either wrote or co-wrote hits like "Go Your Own Way," ″Tusk," and "The Chain."

Buckingham left the band once before in 1987, returning for a tour in 1996 and remaining a steady member since.

No details were given on what led to the latest split. Buckingham's agent referred requests for comment back to a publicist for Fleetwood Mac, who said it wasn't yet clear how to reach Buckingham for a reaction.

The 68-year-old released an album and played a series of dates with the band's Christine McVie last year.

Fleetwood Mac used most of the news release announcing the departure to tout its two new members.

"We jammed with Mike and Neil and the chemistry really worked and let the band realize that this is the right combination to go forward with in Fleetwood Mac style," Mick Fleetwood, the drummer who co-founded the band in 1967, said in the statement. "We know we have something new, yet it's got the unmistakable Mac sound."

Finn said the group contacted him only very recently, and he was stunned to suddenly find himself a member.

"Two weeks ago I received a wonderful invitation to be a part of a truly great band," Finn said in a statement. "A few days later I was standing in a room playing music with Fleetwood Mac. It felt fresh and exciting, so many great songs, a spectacular rhythm section and two of the greatest voices ever. Best of all, we sounded good together. It was a natural fit. I can't wait to play."

The two voices Finn refers to are those of Nicks and McVie, who will be on the tour along with fellow longtime members Fleetwood and John McVie.

For Campbell, the new venture will be his first return to touring since the death in October of Petty, his musical partner of 42 years. Campbell was a founding member of the Heartbreakers in 1975, and played with them until just days before Petty died. The pair already had ties to Fleetwood Mac. They wrote and played on Nicks' 1981 hit "Stop Draggin' My Heart Around."