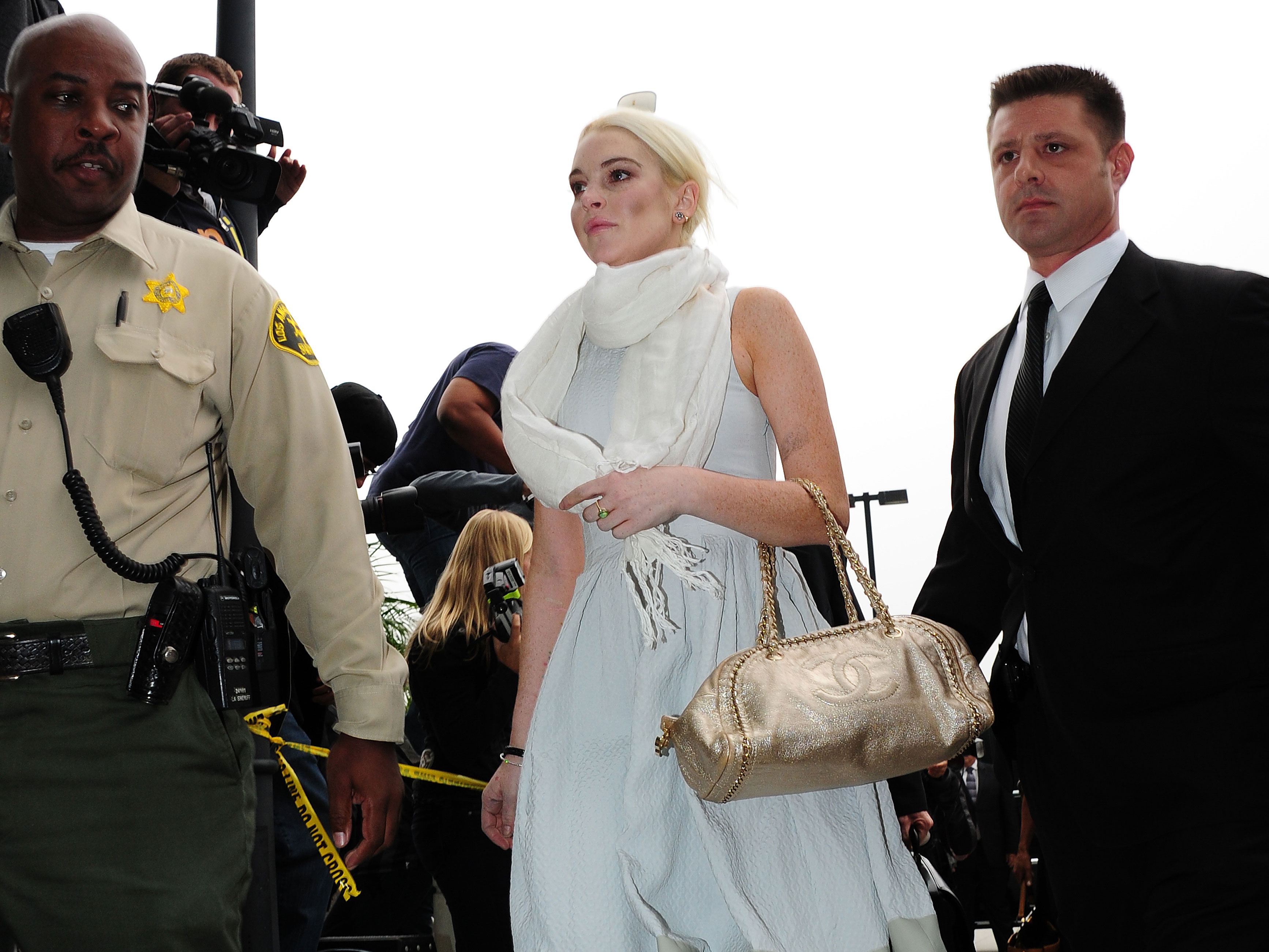 (CBS/AP) LOS ANGELES - Lindsay Lohan in trouble with the law? Say it isn't so!

The 25-year-old Lohan was taken away in handcuffs Wednesday after a Los Angeles judge found her in violation of her probation in her drunk driving and theft cases.

At a progress hearing, Superior Court Judge Stephanie Sautner revoked Lohan's probation after the actress was ousted from her community service assignment at a women's shelter.

Lohan has since started doing service with the American Red Cross, but Sautner said that would not count toward her probation because it was not part of her sentence.

Sautner said Lohan would be entitled to a hearing before being sentenced to jail for the probation violation.

It's one more in a lengthy string of legal problems for Lohan, who remains on probation for a 2007 drunken driving case and a misdemeanor theft case this year.