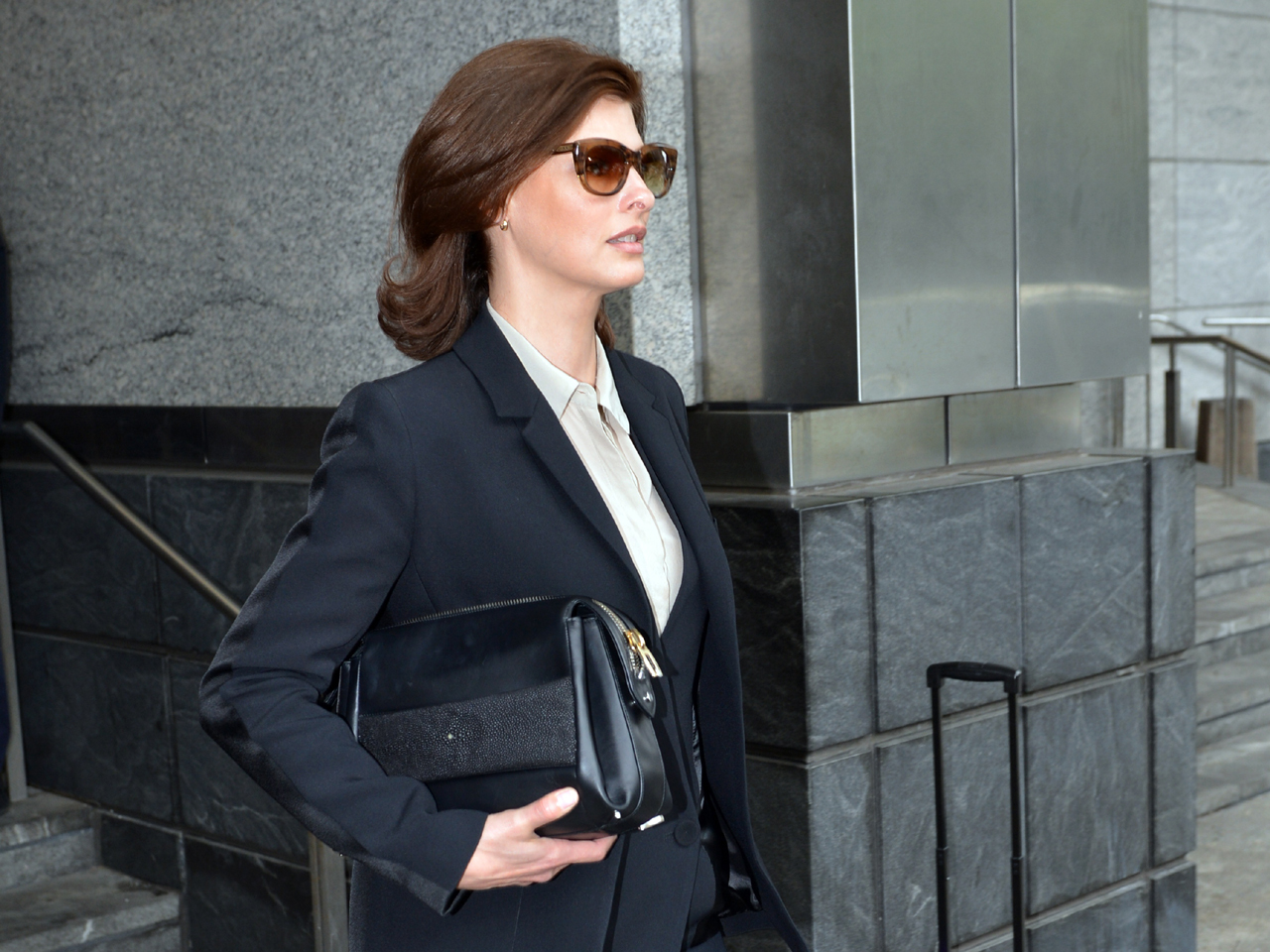 (CBS/AP) Supermodel Linda Evangelista and a French billionaire Francois-Henri Pinault got a judge's approval for a confidential child support deal on Tuesday in New York.

"We are happy that we were able to reach an agreement for the benefit and well-being of our son, Augie," Evangelista and Pinault said in a statement issued through a spokesman.

A Manhattan magistrate had signed off earlier in the day on their agreement and sealed it from public view.

Evangelista, one of the biggest names in modeling in the late 1980s and early '90s, reached the pact Monday with Pinault, who runs a luxury-goods conglomerate and is now married to actress Salma Hayek.

Evangelista, 46, went to court for Tuesday's brief session and stayed silent as she left, wearing leopard-print pumps and a modest black suit. Pinault, 49, wasn't there, though he had been for the other days of the trial, which started Thursday.

Evangelista had said in court papers she spends $46,000 a month on armed bodyguards, a 24-hour-a-day nanny and other expenses for the boy, whose formal name is Augustin. Pinault, who makes about $4 million a year, had said through lawyer David Aronson that he was willing to pay some support but not a potential $46,000 a month.

The intercontinental twosome dated - sporadically, Pinault said - over about four months in late 2005 and early 2006. Augie was born in October 2006.

He and Hayek married in 2009 and have a 4-year-old daughter, Valentina. He also has two children from a previous marriage.

The Canadian-born Evangelista is a Vogue cover model many times over, including on the current Italian Vogue. She was among the high-wattage guests at Monday's night's Metropolitan Museum of Art Costume Institute gala, one of the fashionable events on the society fund-raising calendar.