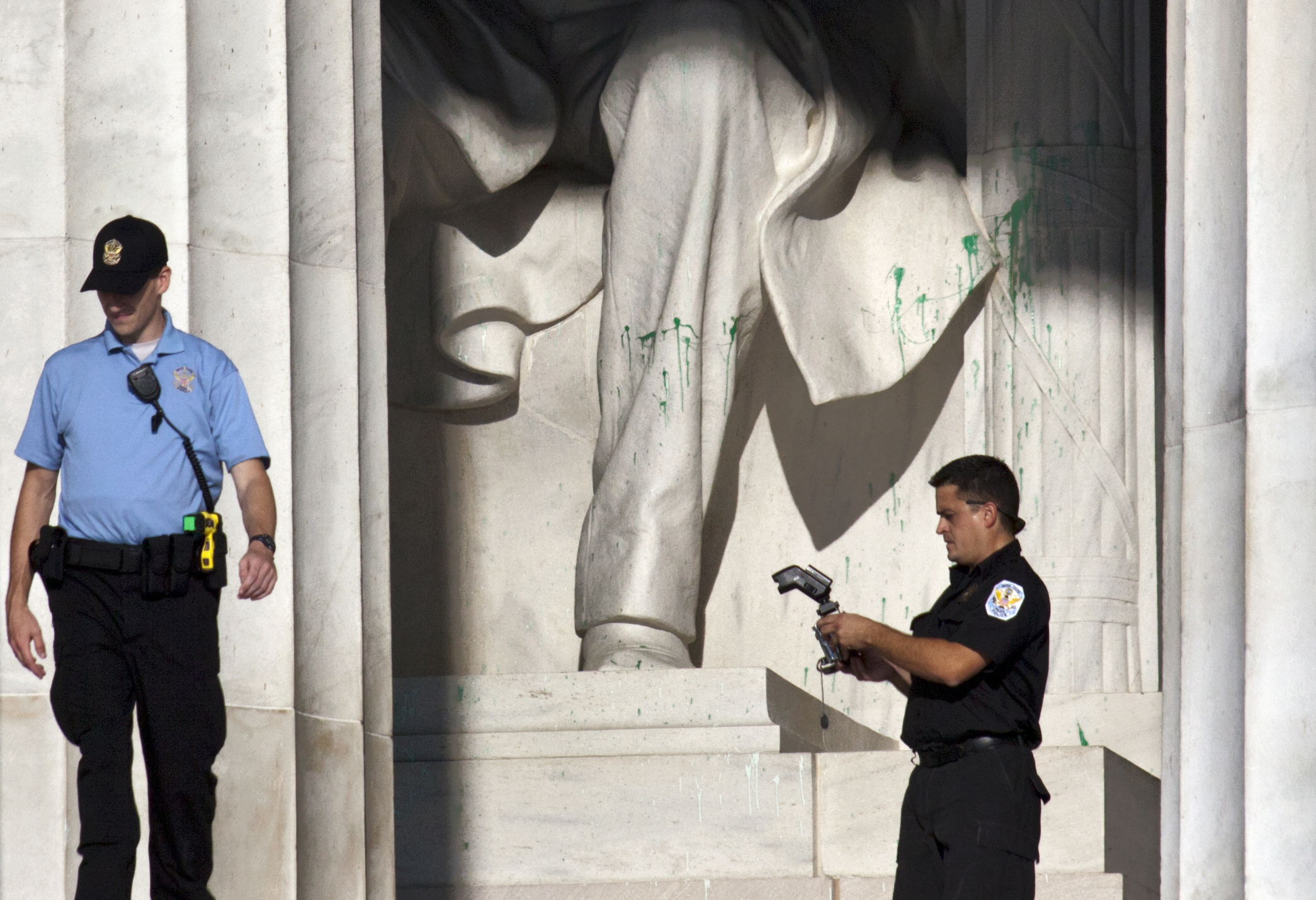 They say a patrol officer found green paint splashed on the floor near the famous statue of President Lincoln, and some on the base of the statue, at around 1:20 a.m. local time. No words or symbols were written, according to the National Park Service.

Capt. Steven Booker said the paint spill "appears intentional based off of the splatter."

A portion of the memorial is now open to the public, CBS Washington affiliate WUSA-TV reports. Vistors can only go as far as the top of the steps because crews are still cleaning up inside a chamber where Lincoln sits, the station reported.

The National Park Service said that they are using citrus-based cleaners and power washers to clean the paint.

NPS spokeswoman Carol Johnson said the paint used to vandalize the Lincoln Memorial "is not permanent...it can be cleaned," adding she's "hopeful" the whole monument can reopen to the public sometime on Friday.

"It breaks my heart that somebody would do this," Johnson said. "This is devastating to us."

WUSA-TV says investigators will review video from surveillance cameras to help determine who carried out the vandalism.

Park rangers leave their posts at the memorial at about 10 p.m. and return about 9 a.m. daily but U.S. Park Police maintain 24-hour patrols at the memorial, Lt. Pamela Smith said.