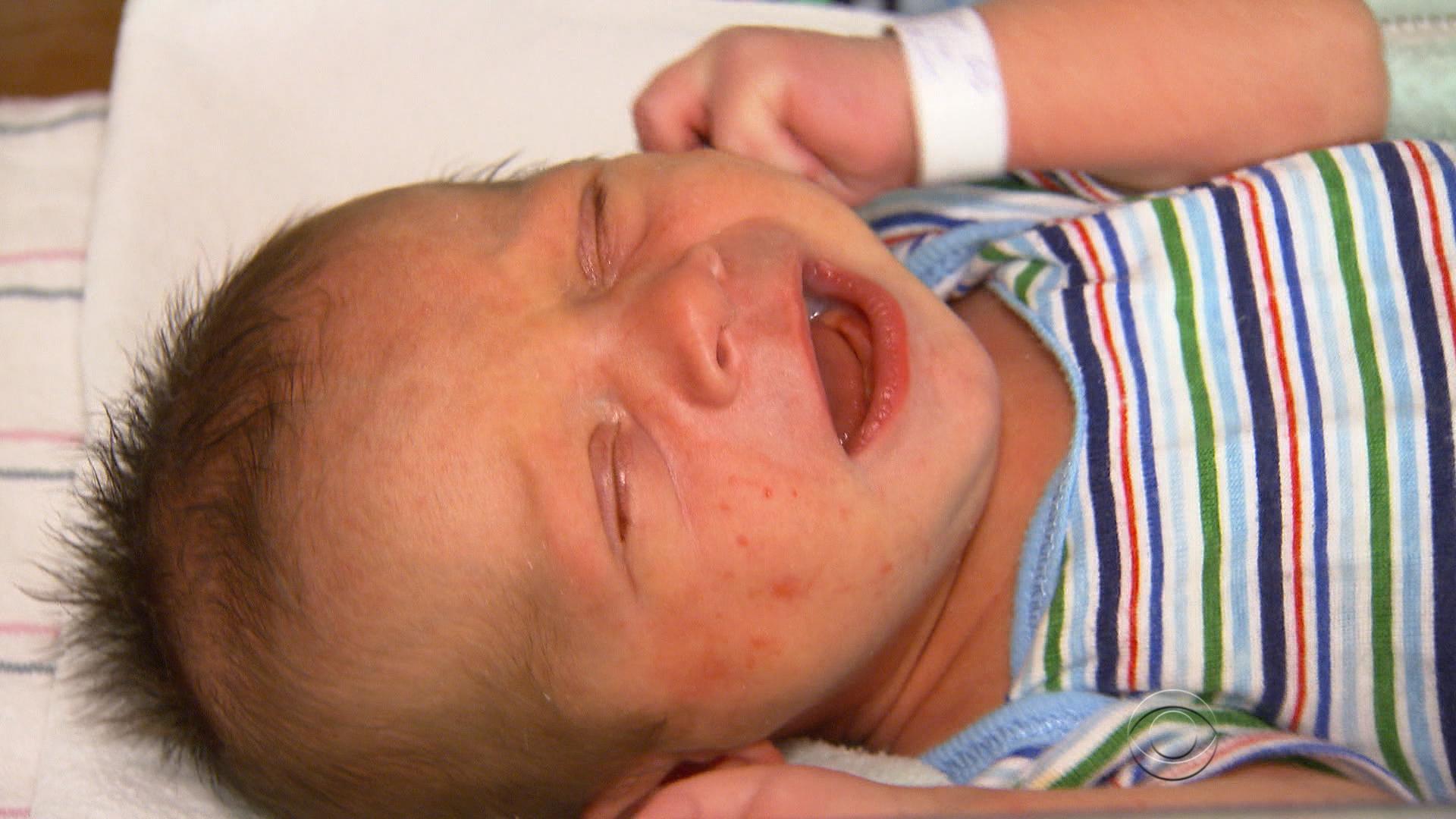 BOSTON -- America's heroin problem is getting worse. A new report from the Center for Disease Control says that in just six years heroin use has risen 150 percent to more than a half-million Americans Over a decade use by women alone is up 100 percent. The most innocent victims of drug abuse are babies.

A newborn in the Neonatal Intensive Care Unit at Tufts Medical Center in Boston was given morphine to ease his withdrawals. He was in the hospital for three weeks. The jerking movements this baby boy had were symptoms of opiate addiction.

His 32-year-old mother asked not to be identified.

"I felt guilty, and I felt bad, because I felt like, that it was my fault," she told CBS News. "Because of my drug use."

She says she became hooked on Percocet at 17 years old, after she had her wisdom teeth removed. For the last six years she's been taking Subutex, a medication to keep her off prescription pain killers. But it is still an addictive narcotic.

"When you look at these babies it can break your heart, because they are very, very irritable, inconsolable, they are crying, they have tremors," said Chief of Newborn Medicine at Tufts, Dr. Jonathan Davis.

"We're very, very concerned, and with a sevenfold increase in the last seven or eight years with keeping babies in the hospital much longer. The average cost of a baby who goes through withdrawal is approximately $53,000 in the United States compared to only a thousand or two with a normal newborn," he said.

Melissa Morales, who has battled a heroin addiction, was on Methadone treatment when she found out she was pregnant. Her daughter, weighing just over two pounds at birth, went through withdrawal.

She said while watching her daughter she had a lot of regret. Morales' daughter Jane Ellis is now 13 months old. She will be monitored for years.

Doctors are just beginning to study the long-term effects of babies born as opiate addicts.