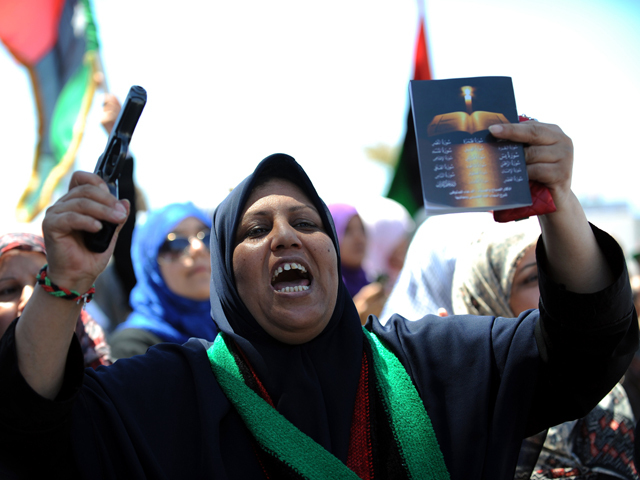 Libyan leader Muammar Qaddafi's regime has been reportedly proposing a cease-fire to other countries with the goal of ending its three-month-long armed assault on rebel forces.

Amnesty would be granted to Qaddafi's troops and the rebel army under the proposal, The Independent reported. Al-Mahmoudi's proposal also includes: allowing the United Nations and the African Union to monitor the cease-fire, starting unconditional talks between the regime and the rebels and calling for the drafting of a new constitution.

NATO and the governments of France and Germany told the AP that they were unaware of the message.

"The future Libya will be radically different to the one that existed three months ago," al-Mahmoudi writes in the obtained letter. "That was always the plan. Only now we may need to accelerate the process. But to do so, we must stop the fighting, start talking, agree on a new constitution and create a system of government that both reflects the reality of our society and conforms to the demands of contemporary governance.

"We must immediately make humanitarian assistance available to all Libyans in need whether they are in Libya or outside. The cycle of violence must be replaced by a cycle of reconciliation. Both sides need the incentive to move out of their corner and to engage in a process that will lead to consensus."

News of the proposal comes a day after Mr. Obama and British Prime Minister David Cameron presented a united front on Libya to reporters, saying that NATO's campaign would continue and urging patience.

The story also comes before next week's expected arrival of South African leader Jacob Zuma to the Libyan capital of Tripoli. Zuma would be the highest-ranking politician to visit Qaddafi since the war began, the AP reports. Zuma isn't expected to meet with the rebel government in Benghazi, which has been firm on its demand that Qaddafi must leave power before the beginning of any peace negotiations.

Al-Mahmoudi's proposal contains no mention of Qaddafi, the Independent noted.