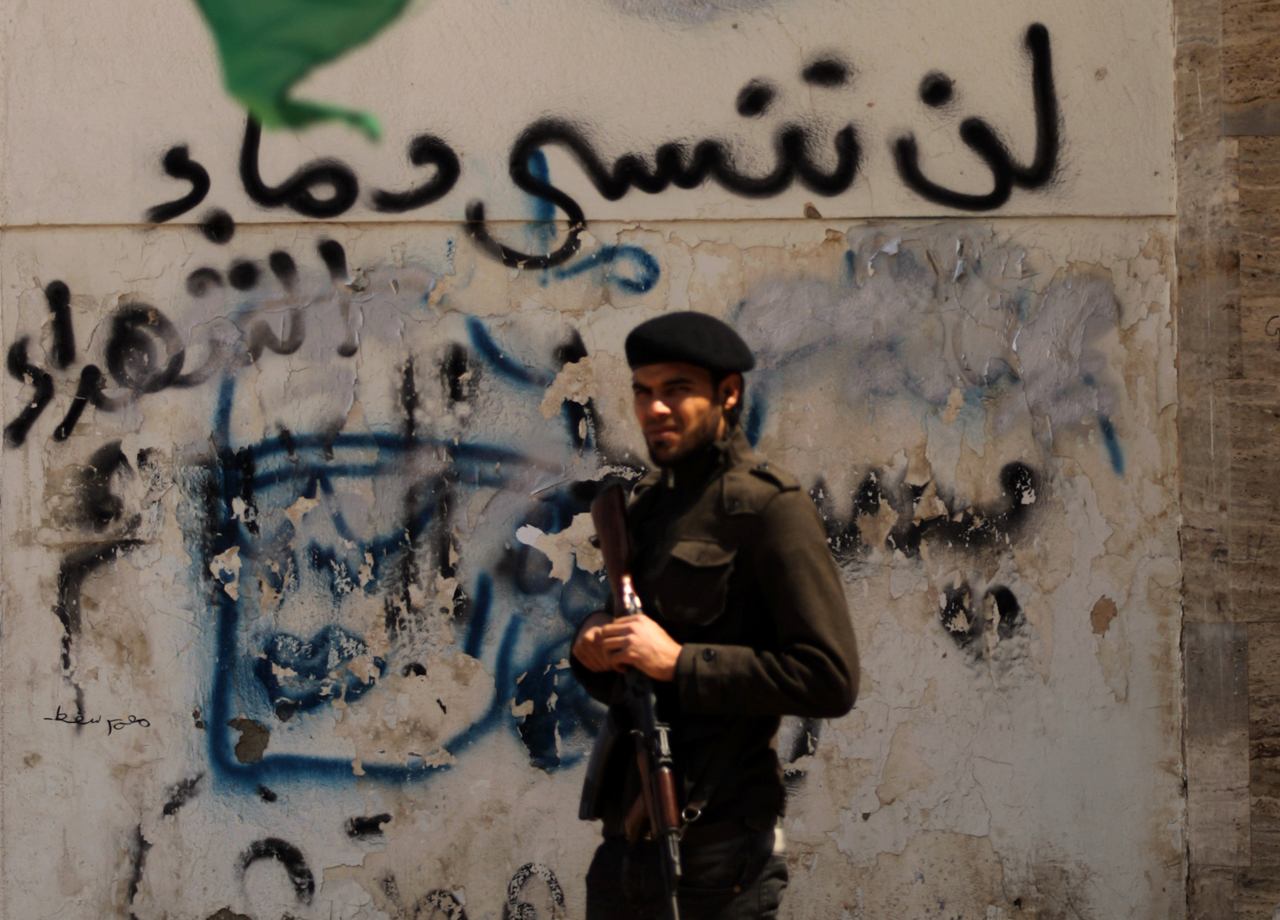 ADDIS ABABA, Ethiopia - A top African Union official on Friday called for a transition in Libya that would lead to democratic elections, and a Libyan government delegation said they were ready to implement a plan laid out by the AU.

The Libyan delegation, representing leader Col. Muammar Qaddafi, met with five African heads of state in Ethiopia's capital to find a solution to the violence that has roiled the North African nation.

The delegation said in a statement that Libya's government is committed to a cease-fire and that it demanded an end to air attacks and a naval blockade carried out by the United States and other Western forces.

The Libyan group said they were ready to implement a "road map" envisioned by the AU that would meet "the aspirations of the Libyan people in a peaceful and democratic manner."

Abdul-Ati al-Obeidi, a former Libyan prime minister and a member of the delegation, said Friday that violence in Libya is being carried out by "extremists" and foreign intervention.

The AU did not immediately release a statement, so there was no immediate indication of what that policy plan is.

The delegation also accused the military action of killings "hundreds" of civilians, though Western powers say there has been no proof of any civilian deaths caused by the international military intervention.

Rebel leaders indicated that they had no representatives at the talks.

African Union commission chairman Jean Ping said in an opening speech that the AU favors an inclusive transitional period that would lead to democratic elections.

Ping stressed the inevitability of political reforms in Libya and called the aspirations of the Libyan people "legitimate." He said the international community needed to agree on a way forward.

"We are convinced, at the African Union level, that there is a sufficient basis for reaching a consensus and making a valuable contribution to finding a lasting solution in Libya," he said.

The statement calling for a transition toward elections is the strongest Libya-related statement to come out of the AU since the Libya crisis began, and could be seen as a strong rebuke to a leader who has long been well regarded by the continental body.

Although U.N. Secretary-General Ban Ki-moon had indicated on Thursday that he expected the rebels to be part of the talks, Mustafa Gheriani, a spokesman for the opposition rebels, said he has heard nothing about the meetings.

"The position of the national council has been clear from the beginning — no negotiations," he said. "All he has to do is stop bombing and leave the country," Gheriani said, referring to Qaddafi.

Libya is one of the largest donors to the AU, and in 2009 Qaddafi was given the AU's rotating, one-year chairmanship.

Qaddafi was also instrumental in the formation of the AU in 2002, and used Libya's oil wealth to fund the transformation of the old Organization of African Unity into the present-day African Union. He often has attended AU summits flanked by a coterie of extravagantly dressed men who call themselves the "traditional kings of Africa" and describe Qaddafi as the lead king.

South Africa-based analyst Francis Ikome said if there is one organization Qaddafi might listen to, it's the AU, but that the group's declaration was "too much, too late." He said it's difficult to talk about elections while a war is going on and in such a tribal environment as Libya.

"Qaddafi has his back against the wall," said Ikome, who leads the African Conflict Prevention program at the Pretoria-based Institute for Security Studies. "This has the potential of radicalizing him. He knows if he leaves power, his next destination could be (the International Criminal Court at) The Hague. So whatever the AU is saying in terms of democratization, it has come too late."

NATO expects to commence aerial operations over Libya by Monday, Group Capt. Geoffrey Booth from NATO's military staff said in Brussels on Friday. If the North Atlantic Council, the alliance's top body, approves a broader mission by then, the NATO force would then be authorized to both intercept any aircraft and conduct air strikes against ground forces threatening civilians.

The entire operation would then fall under a unified command.

Libya's air force has been effectively neutralized by the international military effort, and the government has taken part of its fight to the airwaves. State television has aired pictures of bodies it said were victims of airstrikes, but a U.S. intelligence report bolstered rebel claims that Qaddafi's forces had simply taken bodies from a morgue.

The U.N. Security Council authorized the embargo and no-fly zone to protect Libyan civilians after Qaddafi launched attacks against anti-government protesters who demanded that he step down after 42 years in power. But rebel advances have foundered, and the two sides have been at stalemate in key cities such as Misrata and Ajdabiya, the gateway to the opposition's eastern stronghold.

Ajdabiya has been under siege for more than a week, with the rebels holding the city center but facing relentless shelling from government troops positioned on the outskirts.