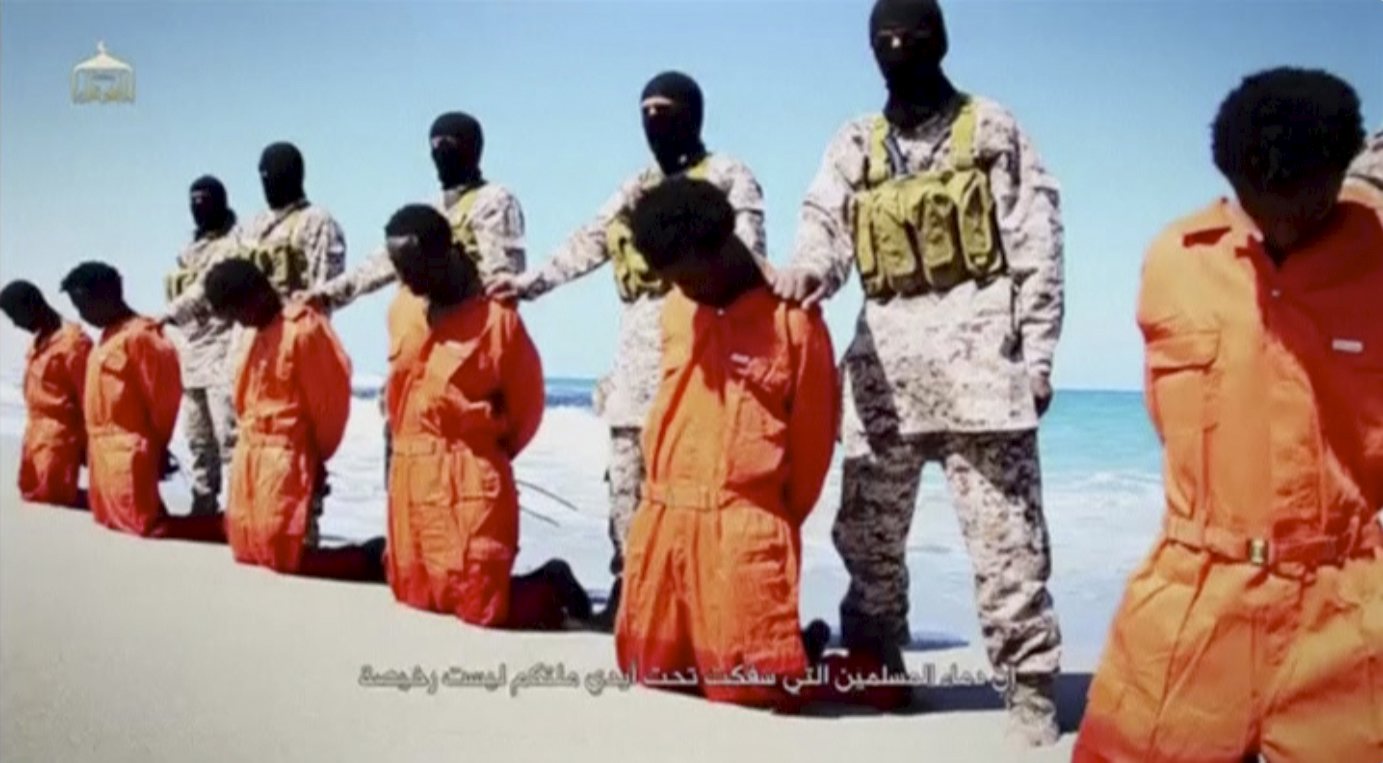 CAIRO -- A leading international rights group on Wednesday released a report documenting atrocities by Libya's Islamic State of Iraq and Syria (ISIS) affiliate - including instances of "crucifixions" and shooting a man to death for "cursing God" - in the coastal city of Sirte, a stronghold of the militants.

Human Rights Watch recounts "scenes of horror" that followed the city's seizure by ISIS militants in February 2015, with beheadings of dozens of residents accused of being spies or sorcerers.

Men were flogged for acts such as smoking or listening to music, and fathers were ordered to "marry off their daughters" to the group's fighters as ISIS spread a wave of terror among the townspeople.

The 41-page HRW report entitled "'We Feel We Are Cursed': Life under ISIS in Sirte, Libya," is based on interviews with 45 Sirte residents conducted by the New York-based group in March. The residents were among the two thirds of the city's 80,000-strong population that fled after ISIS overran Sirte.

The militant branch, more known for its spread in Iraq and Syria, gained a foothold in Libya amid the chaos that engulfed the country since the ouster and killing of the longtime autocratic leader Muammar Qaddafi in 2011.

ISIS managed to exploit the turmoil as political rivalries left Libya torn between rival governments, parliaments, and myriad of militias backing either side. Its spread triggered fears in Europe at the prospects of the continent being separated from a permanent ISIS base in Libya only by a relatively small stretch of the Mediterranean Sea.

"While the world's attention is focused on atrocities in Syria and Iraq, ISIS is also getting away with murder in Libya," said Letta Tayler, a senior terrorism and counterterrorism researcher at HRW, using an alternative acronym for the Islamic State group.

U.S. military experts estimated in April that ISIS has up to 6,000 fighters in Libya. However, Libyan military intelligence officials have told HRW that the affiliate's numbers are up to 1,800 - 70 percent of whom are foreigners. Estimates by other Libyan security analysts put the number of ISIS fighters in the country at 3,000. Some fighters were originally migrants who came to Libya's coastal cities in hopes of crossing into Europe by sea - risky journeys that have claimed thousands of lives in the past years - but then became stuck in Libya and joined the militants.

In running Sirte, HRW said ISIS gave homes and all the goods seized from residents who fled to its fighters.

Sirte, the birthplace of Qaddafi, was among cities worst hit by a wave of retaliatory attacks, lootings, and killings that followed the dictator's ouster. This also helped ISIS find a haven among those disillusioned by Libya's post-Gadhafi governments.

Along with witness accounts, the HRW report also offered a glimpse into what life under ISIS has been like in Sirte.

After taking the city, ISIS handed out a 13-point charter or rulebook and seized public funds. In return for personal safety, residents had to comply with its rulings, based on the group's harsh interpretation of Islamic law, or Sharia.

Sirte's central Martyrs' Square was transformed into a stage for public extrajudicial killings - including beheadings by a sword - for a wide variety of offenses.

If the group killed someone accused of "cursing God," that person's family would not even be allowed to bury his body because he was denounced by ISIS as an "infidel." Also, ISIS reportedly had a hit list of 130 names, mostly of government officials, police, and other loyalists.

Women were forced to cover up and wear the conservative black head-to-toe cloak known as abbaya from the age of 10, and were not allowed to leave home without a male guardian. ISIS established a religious police that fined offenders up to $116 and flogged male relatives for not acting as proper guardians to their women. Many mothers covered up their daughters younger than 10 years, as a precaution and for fear of the militants.

ISIS also imposed the "zakat" or religious tax, something enforced in other ISIS-controlled territories and even by its rival al Qaeda group. Farmers were forced to hand over to ISIS one out of every 10 sheep and one out of every five camels.

The HRW report comes just days after the United States and other Western countries threw their support behind Libya's newly formed and U.N.-brokered government, saying they would supply the government with weapons to counter ISIS.

The move is also seeking to end the power struggle that started in 2014 between a Tripoli-based parliament and the country's internationally-recognized assembly, seated in eastern Libya.

But while the step could boost the U.N.-brokered government's efforts to consolidate power and regain control over Libyan state institutions like the central bank and national oil company, it also comes with risks - not least of which is that the arms could end up in hands of ISIS or militias in a country already awash with weapons.