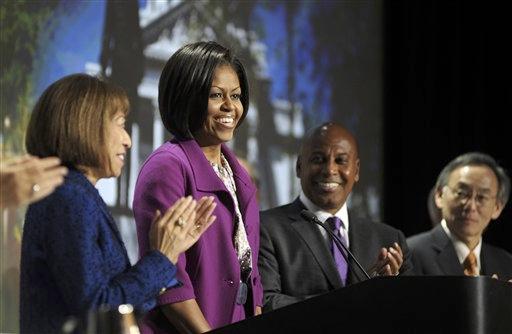 The network had denied rumors just a month ago that it would file for bankruptcy. On Friday, Air America spokeswoman Jaime Horn told The Associated Press that the filing became necessary only recently after negotiations with a creditor from the company's early days broke down.

The network will stay on the air while it resolves issues with its creditors, Horn said. In addition to Franken, the network also features shows from liberal talk show host Randi Rhodes and Jerry Springer.

Horn declined to name the creditor with which talks had reached a logjam. The company will operate in the interim with funding from its current investor group.

Air American also said Friday it had named Scott Elberg as its new CEO. Elberg, a former general manager of the radio station WLIB in New York, has been with the network since May of last year.

The filing marked the latest turbulence at the liberal talk radio network, which went on the air two years ago. This April, Danny Goldberg stepped down as CEO and was replaced by an interim chief executive from a management consulting firm.

"Nobody likes filing for bankruptcy," Elberg said in a statement. "However, this move will enable us to concentrate on informing and entertaining our audience during the coming months."

The goal of Air America was to counter conservative talk-radio.

"Republicans have spent 40 years trying to make 'liberal' pejorative. They associated it with welfare, dope, having sex, doing drugs and being lazy," Franken told CBSNews.com in 2004, when the network was starting. "And it [liberalism] means saving capitalism twice in the 20th Century, during the Progressive Era and the New Deal. It means we are all in this together."