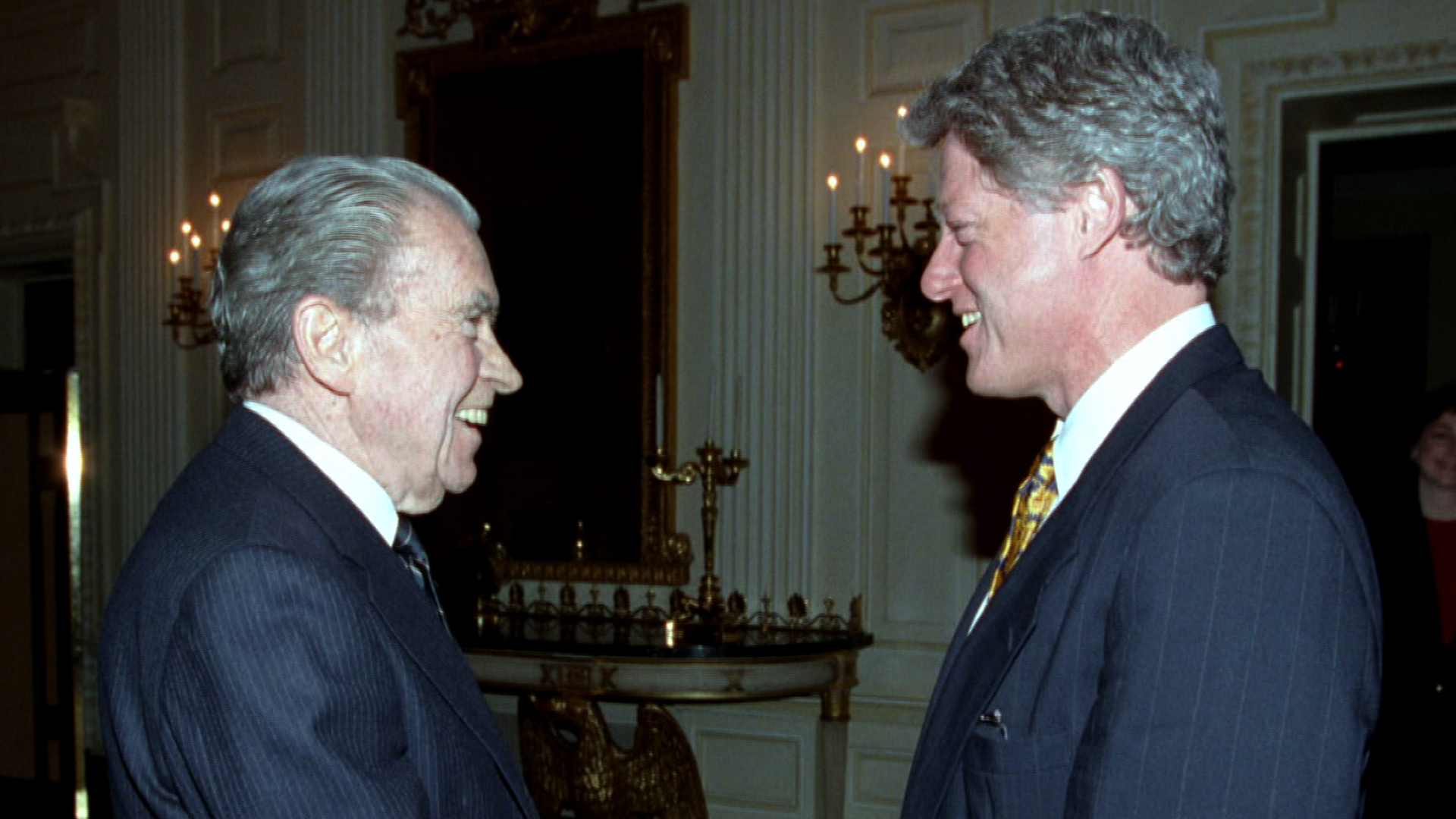 (CBS News) Just weeks after the 100th anniversary of President Richard Nixon's birth, a new exhibit at his presidential library is raising eyebrows. It contains newly declassified documents that reveal Nixon's correspondence with President Bill Clinton, and a surprisingly warm relationship between the two.

LBJ and Lady Bird love letters released to the public

The correspondence includes a personal, handwritten letter from Nixon congratulating Clinton on surviving a tough primary and general election to win the White House. That letter was the beginning of an unlikely union between the former Republican president and the newly elected Democratic chief executive.

"It's a very fascinating letter because he's opening up the door to the new incoming president that I'm on your side, that I am impressed by you, that you have the moxy, you have the steel to be president and I'm here," said Brinkley. "What's interesting was how Nixon was able to start rehabilitating himself and had been shunned largely by Reagan and Bush and was welcoming an overture with the new Democratic president. And Clinton took it."

Over the next two years, Nixon offered Clinton his expertise on foreign affairs and in 1994 made his last overseas trip to Russia and the Ukraine. When Nixon died a month later, it was Clinton who eulogized him.

At Nixon's funeral, Clinton said, "Today is a day for his family, his friends and his nation to remember President Nixon's life in totality. To them, let us say, may the day of judging President Nixon on anything less than his entire life and career come to a close."

The irony of those words would not be appreciated until a few years later when president Clinton faced his own challenges.

"Nixon got chased out of the White House with impeachment fears and the same thing happened to Bill Clinton," said Brinkley. "And this new group of letters from the Nixon Library just connects those two famous, two-term elected presidents, Nixon and Clinton, in history with this very interesting correspondence."

For Jan Crawford's full report, watch the video in the player above

"This is huge": Historic China protests bring back memories of 1989
Thanks for reading CBS NEWS.
Create your free account or log in
for more features.
View CBS News In
CBS News App Open
Chrome Safari Continue
Be the first to know
Get browser notifications for breaking news, live events, and exclusive reporting.