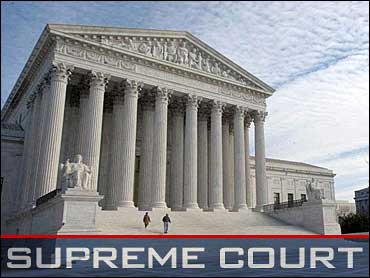 Wine lovers may buy directly from out-of-state vineyards, the Supreme Court ruled Monday, striking down laws banning a practice that has flourished because of the Internet and growing popularity of winery tours.

The 5-4 decision overturns laws in New York and Michigan that make it a crime to buy wine directly from vineyards in another state. In all, 24 states have laws that bar interstate shipments.

The state bans are discriminatory and anti-competitive, the court said.

"States have broad power to regulate liquor," Justice Anthony Kennedy wrote for the majority. "This power, however, does not allow states to ban, or severely limit, the direct shipment of out-of-state wine while simultaneously authorizing direct shipment by in-state producers."

"If a state chooses to allow direct shipments of wine, it must do so on evenhanded terms," he wrote.

"This is good news for wine consumers and producers because it ought to open up the shipping lanes for citizens of one state to purchase wine from any other state without running afoul of any restrictions," reports CBSNews.com Legal Analyst Andrew Cohen.

At issue was the 21st Amendment, which ended Prohibition in 1933 and granted states authority to regulate alcohol sales. Nearly half the states subsequently passed laws requiring outside wineries to sell their products through licensed wholesalers within the state.

But the Constitution also prohibits states from passing laws that discriminate against out-of-state businesses. That led to a challenge to laws in Michigan and New York, which allow direct shipments for in-state wineries but not out-of-state ones.

In a dissent, Justice Clarence Thomas argued that the ruling needlessly overturns long-established regulations aimed partly at protecting minors. State regulators under the 21st Amendment have clear authority to regulate alcohol as the see fit, he wrote.

"The court does this nation no service by ignoring the textual commands of the Constitution and acts of Congress," Thomas wrote.

He was joined in his opinion by Chief Justice William H. Rehnquist, as well as Justices Sandra Day O'Connor and John Paul Stevens.

"Even though it's a close ruling, it's not a particularly controversial one," reports Cohen. "The Commerce Clause in the Constitution generally precludes states from fighting with one another in this way.

"If it didn't, you'd essentially have trade barriers like this all over the country and that's clearly not what the law requires or desires."

While the ruling only involves wine sales, industry groups expect that it will soon apply to beer and other alcoholic beverages currently regulated through state-licensed wholesalers and retailers.

In the ruling, Kennedy wrote that states do not have the authority to regulate liquor simply to protect their economic interests.

The decision puts in doubt laws in 24 states that ban out-of-state shipments, although the opinion suggests the laws will be upheld so long as in-state and out-of-state wineries are treated equally.

As a result, states could choose all wineries to sell to consumers directly, but could also bar all wineries from doing so.

The economic stakes are high in the $21.6 billion wine industry. Owners of small wineries, which have proliferated in recent years, say they can't compete with huge companies unless they can sell directly to customers over the Internet or by allowing visitors to their wineries to ship bottles home.

But states collect millions of dollars in alcohol taxes and say the established system helps stem fraud and underage drinking.