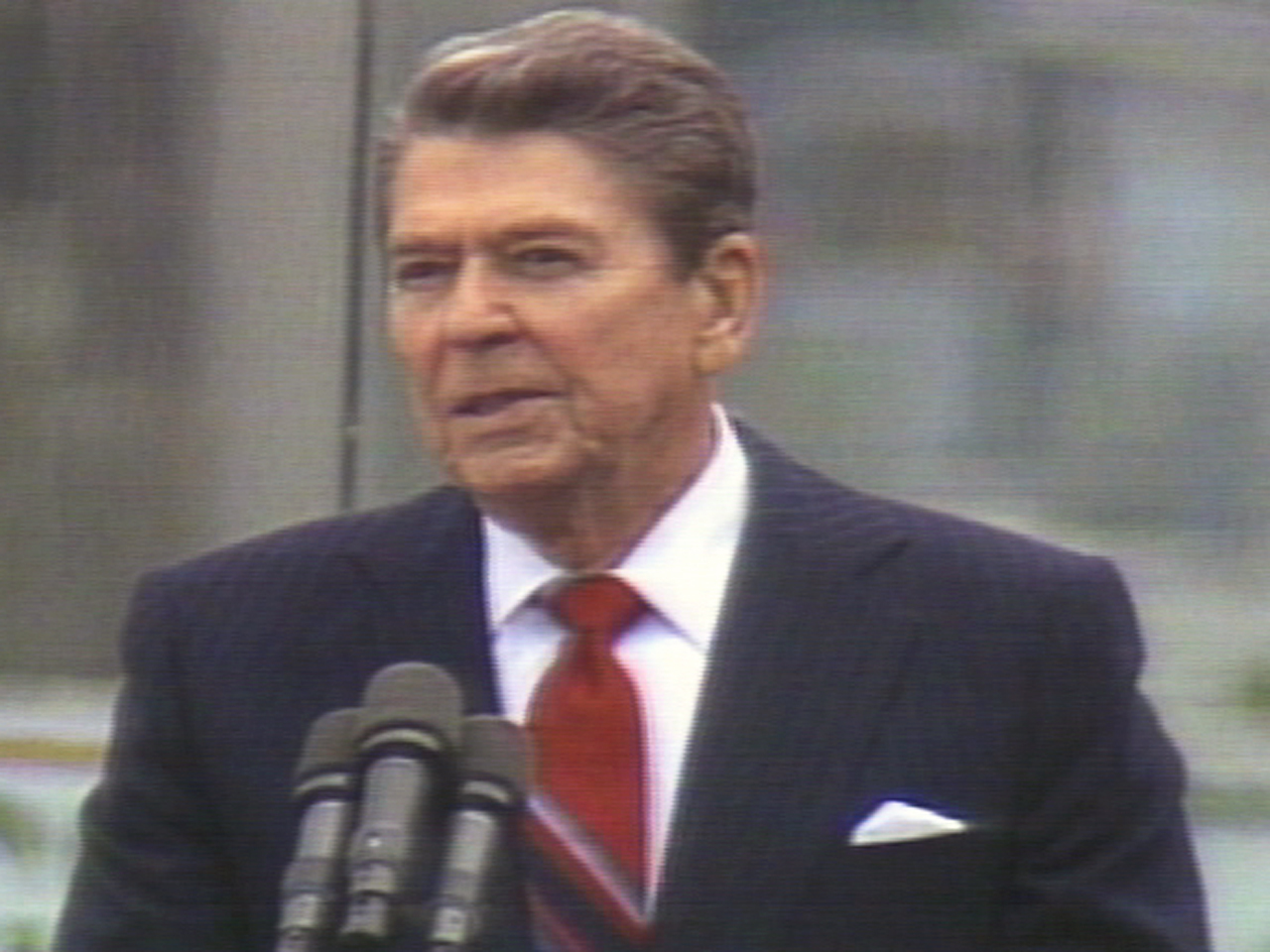 At that time, Mr. Reagan was at a low point in his second term, but there were some bright spots.

The Soviet Union was beginning to loosen up and the president was making some progress in arms control talks with Soviet President Gorbachev. So he went to Berlin - where the wall was the symbol of the Cold War division of Europe. Those of us who covered him knew he wanted to make a statement.

(Scroll down to watch Bill Plante's original report from 25 years ago.)

The speech was framed by the monumental Brandenburg Gate, which sat on the dividing line between east and west. Here, Mr. Reagan delivered the lines his advisers feared were too controversial, but which are now forever engraved in history. "Mr. Gorbachev, open this gate," the president said. "Mr. Gorbachev, tear down this wall!"

The Berlin Wall didn't fall for another two years, but Reagan's speech was a rallying cry. It also came when the president's popularity at home had dropped as a result of the Iran-Contra scandal. But later in 1987 the U.S. and the Soviets did sign a treaty eliminating a whole class of intermediate range nuclear weapons.

Historian Douglas Brinkley says there's a lesson in Reagan's boldness. "Don't listen to polls. And talk from the heart," Brinkley said. "Tear down that wall-- if it was polled-- it was not seen as a smart speech, but Reagan was a long-time anti-Soviet hawk. He felt that's what he needed to say in Berlin and he did it and he let the consequences be damned."

If President Barack Obama has a second term, Brinkley says Mr. Reagan's example should inspire him to be audacious. "There are times that you have to get your dander up," Brinkley said. "People want to feel that you're being bold and Reagan did that with tear down the wall. President Obama needs to do that."

Mr. Obama has already hinted that he could have a freer hand with foreign policy in his second term. In March, he was overheard in a private conversation with the Russian president saying "After my election I'll have more flexibility."

For Mitt Romney, Brinkley said what a new Republican president can take from Reagan is even simpler. "All Mitt Romney has to do is embrace the Reagan legacy," Brinkley said. "We're dealing with a president who is just beloved. He rises in stature in polls all the time."

In his second term, Mr. Reagan was able to concentrate on arms control and improving relations with a changing Soviet Union. But the idea that second terms are for foreign policy may not work so well for Mr. Obama. If he gets a second term, he will still have more serious economic problems than foreign policy concerns.