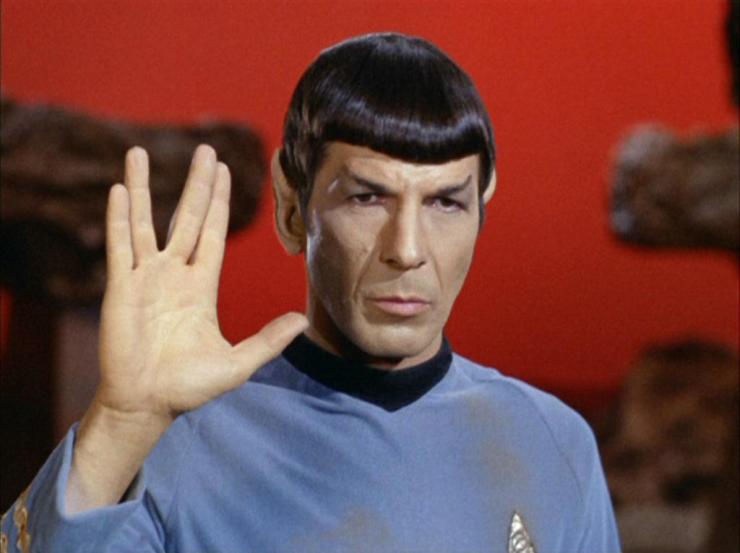 Leonard Nimoy, probably best known as Mr. Spock on "Star Trek," has died. He was 83.

The actor's granddaughter Dani posted the following message on Twitter Friday afternoon: "Hi all, as you all know, my Grandpa passed away this morning at 8:40 from end-stage chronic obstructive pulmonary disease. He was an extraordinary man, husband, grandfather, brother, actor, author-the list goes on- and friend. Thank you for the warm condolences. May you all LLAP. - DaniP.s. I will be putting special shirts up on our site, SHOPLLAP.com, where all of the proceeds will go to the COPD Foundation. I hope to hear from you all."

Last year, Nimoy revealed that he has lung disease -- although he had stopped smoking 30 years ago.

"I quit smoking 30 yrs ago. Not soon enough. I have COPD. Grandpa says, quit now!! LLAP," the actor tweeted.

Nimoy played half-human, half-Vulcan Mr. Spock on the original "Star Trek" series, which ran from 1966-69, and had stepped back into the role several times over the years -- from movies to cartoons and spin-offs.

But his interests went far beyond the cult series. A true Renaissance man, Nimoy dabbled in photography, writing, music and more.

After "Star Trek" ended, he starred in the series "Mission Impossible" as Paris. From 1976 to 1982 he hosted the syndicated "In Search of ... " a show that looked into mysteries such as Loch Ness Monster and the disappearance of Amelia Earhart.

He also worked behind the camera, too, sitting in the director's chair for "3 Men and a Baby" (1987), which starred Tom Selleck, Ted Danson and Steve Guttenberg.

He spent time shooting his own photographs as well, showcasing them at the Massachusetts Museum of Contemporary Art.

His published books of poems and children's stories, along with two autobiographies throughout his career, titled "I Am Not Spock" (1975) and "I Am Spock" (1995).

In 1967, he released the single "The Ballad of Bilbo Baggins," telling the tale of the character and his adventures in J. R. R. Tolkien's novel, "The Hobbit."

He combined his music and directing skills in 1985 when he helmed the music video for The Bangles' "Going Down to Liverpool."

Born in Boston on March 26, 1931, Nimoy caught the acting bug at a young age, appearing in his first play when he was 8 years old. He acted throughout his teenage years at Boston's English High School and continued to pursue the craft while attending Boston College. He left college before graduating and moved to California where he studied acting at the Pasadena Playhouse.

Nimoy spent two years in the U.S. Army Reserve beginning in 1953 -- only to return to Hollywood, picking up odd jobs as as taxi driver and vacuum cleaner salesman.

Soon, his acting career started taking off: Nimoy landed parts in "Dragnet," "The Rough Riders," "Bonanza" and "The Twilight Zone."

More recently, Nimoy starred in the FX series "Fringe," which ran from 2009-2012. He lent his voice to "The Simpsons" and "Futurama," in a couple of episodes -- playing himself.

In 2009, he returned as Mr. Spock in a big-screen adaptation of "Star Trek," with Zachary Quinto playing a younger version of Spock.

Nimoy wed Sandra Zober, a fellow student at the Pasadena Playhouse, in 1954. They had two children, Julie and Adam, before divorcing in 1987. Nimoy then married Susan Bay, a film production executive, the following year. He's survived by his two children, his stepson, Aaron Bay Schuck, and grandchildren.

Tributes poured in Friday from friends and Hollywood stars. Fellow "Star Trek" cast member William Shatner said, "I loved him like a brother. We will all miss his humor, his talent, and his capacity to love."

A private memorial service is being planned by the family.