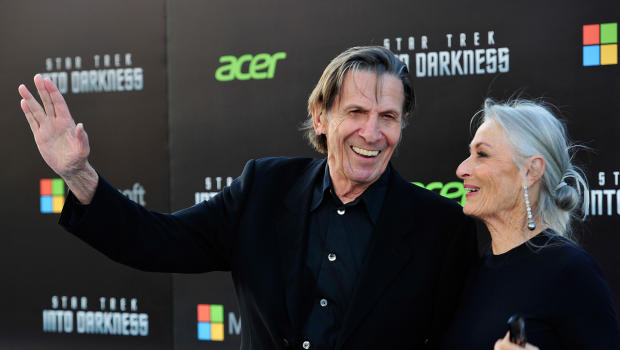 "Star Trek" star Leonard Nimoy has revealed that he has lung disease, even though he stopped smoking three decades ago.

"I quit smoking 30 yrs ago. Not soon enough. I have COPD. Grandpa says, quit now!! LLAP," the actor tweeted, ending his post with an abbreviation of the famed Vulcan salute "Live long and prosper."

COPD, or chronic obstructive pulmonary disease, is a progressive disease that makes it difficult to breathe. Cigarette smoking is the leading cause of COPD, which can cause coughing, wheezing, shortness of breath, chest tightness and other symptoms, according to the National Institutes of Health.

Nimoy originated the role of half-human, half-Vulcan Mr. Spock, first officer of the starship Enterprise, on the original “Star Trek” series, which ran from 1966-69. He reprised the character in several "Star Trek" movies and also appeared as Spock Prime in the J.J. Abrams' "Star Trek" movies.