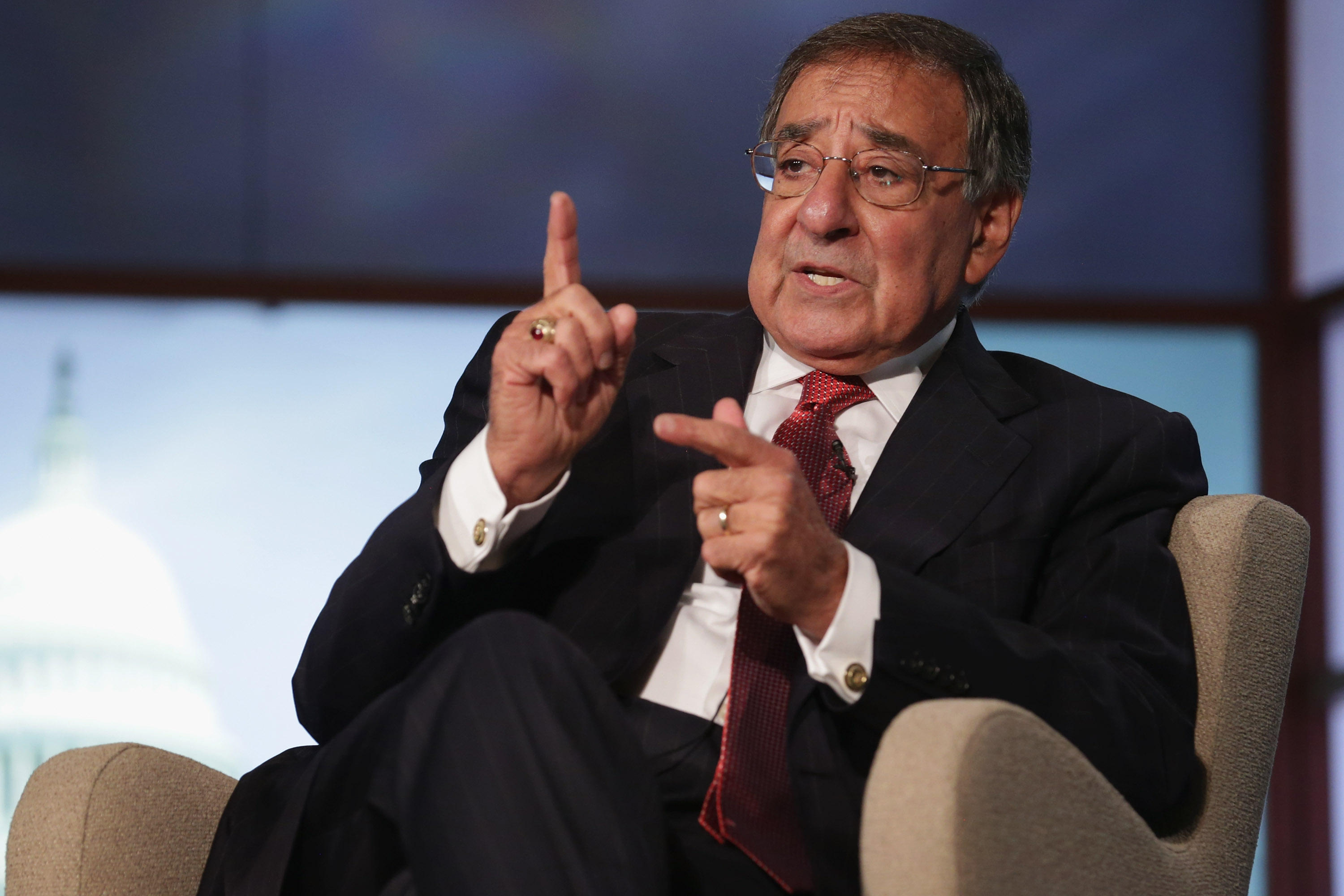 Former Defense Secretary Leon Panetta said on Monday that he's concerned about the verbal exchanges between President Trump and North Korean dictator Kim Jong Un, saying it would be "far better to lower the volume of rhetoric" and instead focus on longer term strategies in the region.

Speaking in Washington at the Hudson Institute's conference on Countering Violent Extremism, Panetta said the rhetoric that Mr. Trump has directed at Kim only "increases the tensions level in Korea."

"The tension has risen a great deal, and with that tension is the concern about a miscalculation or mistake that will ultimately escalate into a greater conflict," said Panetta.

He suggested that the administration should now focus on "developing our strength and capacity in the region," which he said would include "better containment, greater deterrence and trying to deal with sanctions that can really have an impact on North Korea and its economy."

Panetta said pressuring China to influence the North Koreans and get them to negotiate has "not proven very effective," but urged pushing for tougher sanctions on the regime.

"I do think that if China is willing to restrict oil shipments and deal with some of the other commerical areas they deal with in North Korea, it can have an impact on the North Korean's economy," said Panetta.

He also suggested an increase of military presence in the region and an ongoing support and development of security in South Korea and Japan, including developing a missile shield that can bring down any ICBMs launched toward the U.S. and its allies.

While Panetta said it was a "dangerous world" that we currently live in, it's also one that "demands very strong U.S. leadership" to counter the "huge number of flash points" globally.

With regard to Iran, Panetta would not say exactly where he stood on Mr. Trump's decision to de-certify the Iranian nuclear agreement, only saying "we ought to continue to enforce the agreement." But Panetta did say he was concerned about Mr. Trump punting the plan to Congress.

"I'm a little concerned about that because Congress is having a hard time sometimes finding its way to the bathroom...I think [it is] far better for the administration, for the president to deal with these issues," said Panetta.

"If you fail to stick to your word, it sends a clear message to others that as a result of that, you can not trust America as a partner," Panetta said of the agreement.

When asked to give an overall assessment of the Trump administration and Washington, D.C., Panetta said that he's never seen Washington in such dysfunction as it is today.

"Both parties are in the trenches and don't want to come out and work together, and when they do they run in to barriers of one kind or another.  This country will only survive if our democracy is able to find consensus and compromise…that's the essence of how our democracy works, and it operates by leadership or by crisis – if leadership is there and willing to take the risk…then we can avoid crisis…if not we will govern by crisis, and that's largely what we do today, so ultimately leadership has to step up," Mr. Panetta said.

In the end he believes that change is going to come from the bottom up with a newly elected generation of leaders who actually want to govern and not just fight one another.