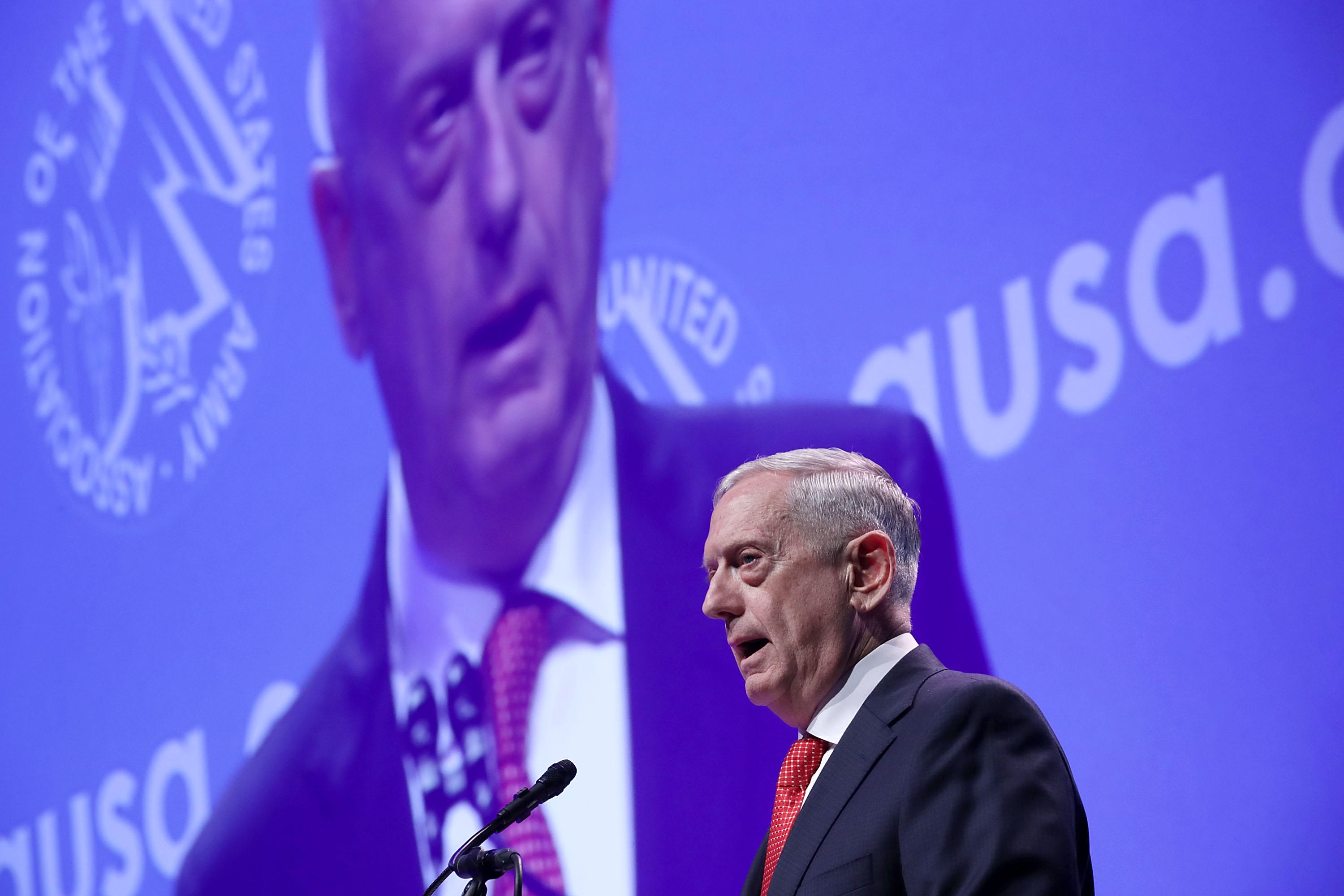 Defense Secretary James Mattis says the U.S. Army "must stand ready" in the face of continued provocations by the North Korean regime.

While delivering the keynote address at the Association of the U.S. Army's annual meeting on Monday, Mattis outlined the current strategy in North Korea for the U.S. military, saying "it is right now diplomatically led, economic sanctioned, buttressed effort to try to turn North Korea off its path."

He conceded, however, that "neither you nor I can say" what the future holds for the regime.

"There's one thing the U.S. Army can do, and that is you have got to be ready to ensure that we have military options that our president can employ if needed," said Mattis.

Mattis embraced the current diplomatic approach to the crisis, including the UN-led sanctions on the regime supported by the international community.

He added, "But that means the U.S. Army must stand ready, and so, if you're ready, that's your duty at this point in time. And I know the Army will always do its duty."

Mattis' comments come after Mr. Trump met with a group of military leaders at the White House on Friday, where he ominously warned the meeting was perhaps "the calm before the storm." It was unclear if Mr. Trump was referring to the current crisis in region. Mr. Trump has also tweeted that "only one thing will work" in dealing with North Korea.

Mattis also called on Congress to consider military readiness, particularly as it relates to continued global threats, in its budget discussions.

"I am among majority in this country that believes our nation can afford survival and I want Congress to act in the driver's seat of budget decision, not in the spectator seat of automatic cuts," urged Mattis.

The secretary said the Department of Defense was now reworking its business practices to "gain the full benefit from every dollar spent on defense."

"We're taking aggressive action to reform the way we do business and to gain and to hold the trust of the congress and the American people that we are responsible stewards of the money allocated to us and that it translates directly every dollar into the defense of our country and what we stand for."

"There are times when those of us who wear the uniform can be rightly condemned for being overly conservative, wanting more insurance and more boats and planes and guns and tanks and I understand that," he said.

He added, "But I think the more we can explain we have the time right now to prepare for war is the best way to prevent war, should conflict break out, to get money later, will not be good enough because we won't have the time at this point."

Mattis also said that the military must lay out it's necessary requirements, like proper funds for training and equipment, in such a way that it "leaves no doubt about the need for what we're asking for in order to ensure that America's army is at the top of its game."