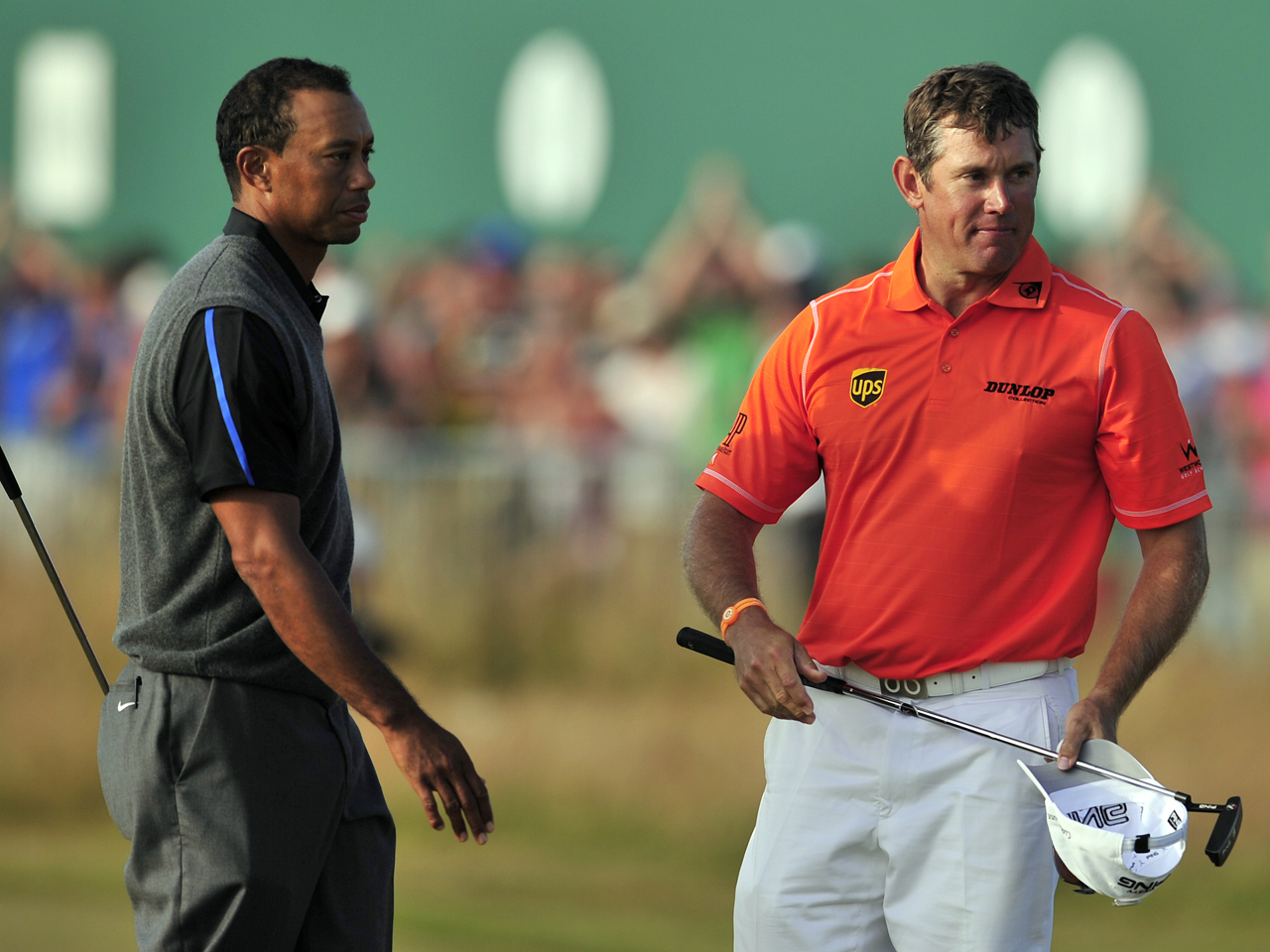 GULLANE, Scotland Lee Westwood has never been in better position to win his first major championship.

The 40-year-old from England takes a two-stroke lead into the final round of the British Open at Muirfield, where the weather turned a bit Sunday. It's cloudy and cooler after a warm, sunny week along the Forth of Firth.

But no rain is expected, and there's only a light breeze for the early starters. Jason Dufner took advantage of the conditions, shooting a 4-under 67. Six players have already had rounds in the 60s among the first 28 finishers.

Westwood will tee off in the last group with a 3-under 210 total. Hunter Mahan and Tiger Woods are two shots back, the only other players under par. Masters champion Adam Scott is three shots back.

Evacuations remain in place as Lake Fire in California grows to 17,000 acres