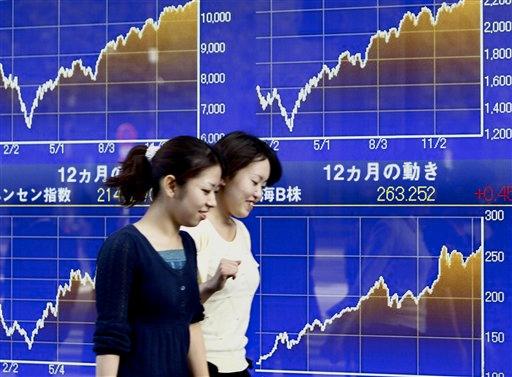 Since kicking off seven years ago, VH1's Save the Music program has provided $25 million worth of instruments to a thousand schools across the country.

On Thursday, The Early Show correspondent Melinda Murphy reports on the classrooms that are benefiting from the charitable program.

Leavenworth, Kansas is the home of one of the top female singer/songwriters in America -- Melissa Etheridge, a two-time Grammy winner and long-time supporter of Save the Music.

"I've done concerts for [Save the Music] before," says Etheridge. "But, this is the first time it's been so personal for me."

It was personal because Etheridge is doing something for the very school system that she was raised in.

Speaking to some children, Etheridge says, "You grow up in a small town like Leavenworth, Kansas and I'm here to tell you to follow your dreams, follow your heart and you can do anything."

With 20 new keyboards donated by Etheridge and Save the Music, the kids have an opportunity to make their dreams a reality.

Only 25 percent of America's 8th graders have instruments to participate in music classes. That's why Etheridge asked Save the Music to help the Leavenworth schools. And ironically, the school's music teacher sent an email to VH1 -- asking for funding at the very same time.

Now, the kids love music just like Etheridge, who learned to play the guitar at the tender age of 8.

"I know that I learned to sing and read music because of the music teacher in school," says Etheridge. "And that gave me the opening to what is now my career. And so, if there is one student who follows that path – [it's] wonderful. If not, it's just an opportunity to bring music into kids lives."

Whether you're in Kansas or in New York, inspiration is another cornerstone of Save the Music.

That inspiration is why groups such as Hanson have been involved with the program since it first started back in 1997.

"It doesn't matter if you're a celebrity or somebody's dad or somebody's mom or just a friend just walking in there and saying, 'I'm going to take the time out to come in and talk to you about this' make this valuable," says Hanson's Taylor Hanson. "That's the most important thing."

"It's about going in there and showing the kids the passion and stuff for the music," says Zachary Hanson.

Although P.S. 40 in New York City got their instruments four years ago, visits from music celebrities keep the kids' motivation high.

The goal of Save the Music is to give the kids an opportunity to be a part of a music program and a chance to expand their worlds.

And who knows? Maybe the next Hanson is sitting in one of the classrooms benefiting from Save the Music.

The biggest fundraiser for Save the Music is VH1's "Divas" concert, which airs live on Sunday night from the MGM in Las Vegas. Patti Labelle is this year's headliner.

Murphy got a chance to chat with her about the concert. Tune in Friday to see what the diva has to say.