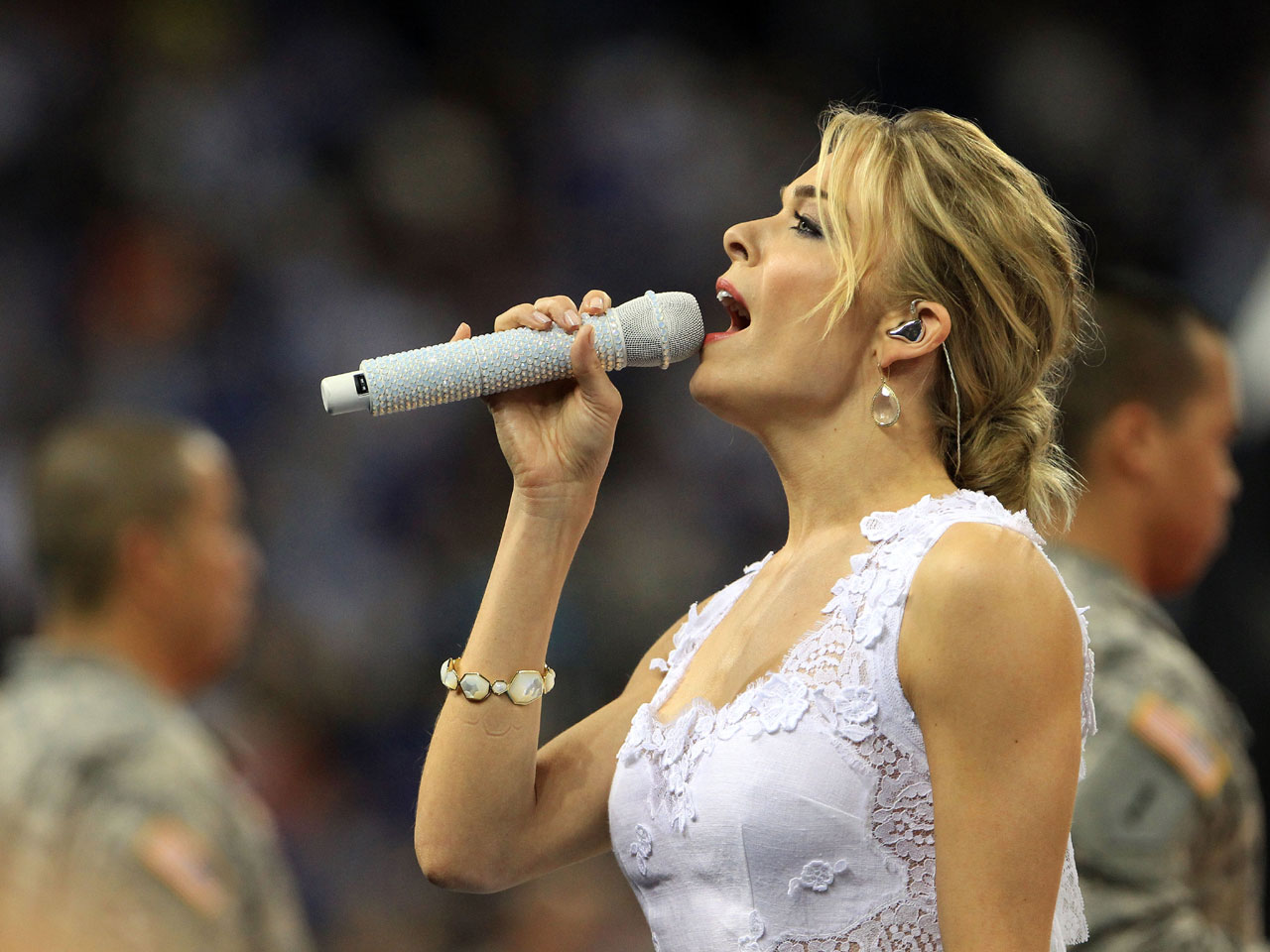 (CBS) LeAnn Rimes hit the court before the NCAA men's basketball championship game on Monday night to perform the national anthem - and she got through the whole song without any slip-ups, unlike a different star who sang "The Star Spangled Banner" before another major televised sporting event earlier this year.

But despite the strong performance, her appearance renewed recent media speculation over her weight - the U.K.'s Daily Mail is one outlet that called the singer out for looking "more gaunt than ever."

You can watch her sing "The Star Spangled Banner" here.

After her performance, Rimes was photographed watching the UConn-Butler matchup alongside her fiance, Eddie Cibran.

Tell us: What did you think of Rimes' rendition of the national anthem, and did she appear too thin while singing it?