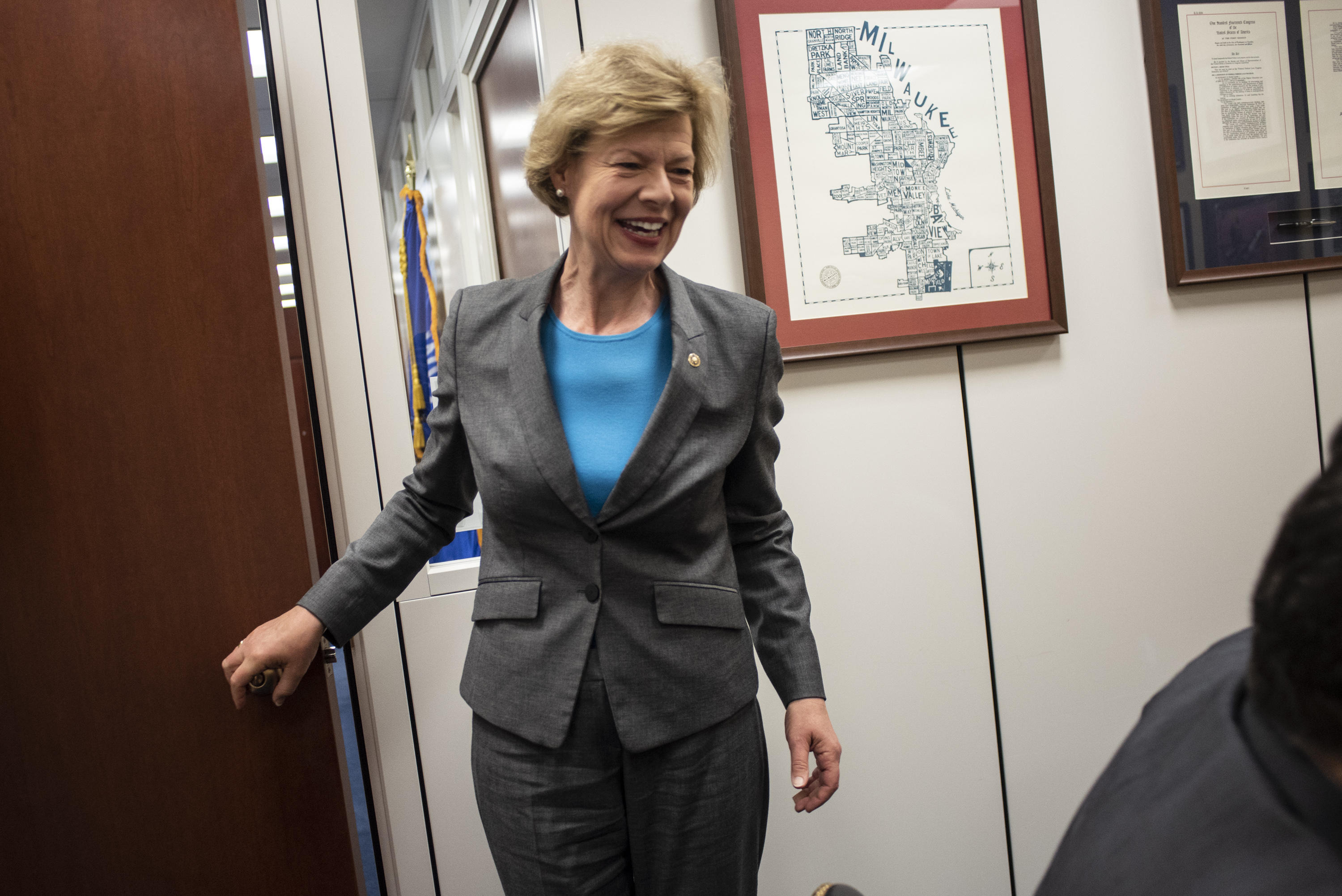 CBS News has obtained an invitation to a fundraiser for incumbent Sen. Tammy Baldwin, D-Wisconsin in Washington, D.C. on Monday, October 1, hosted by Brett Kavanaugh accuser Dr. Christine Blasey Ford's attorneys, Debra Katz and Lisa Banks, along with liberal political action committee "End Citizens United." Ford's lawyers' remarks and statements on her behalf have largely been in line with those of Democrats on the Judiciary Committee.

According to the Baldwin campaign, the event was scheduled before Ford's allegations against Kavanaugh were made public. Her lawyers, the campaign says, are no longer involved in the event. As of Thursday morning, the two were still listed as the hosts.

The event is scheduled to take place a week after the Senate Judiciary Committee plans its hearing into the sexual assault allegation against Kavanaugh. Both Ford and Kavanaugh have been invited to testify before the committee, but so far, Kavanaugh is the only witness who has agreed to appear. Katz previously told "CBS This Morning" that her client would be willing to do "whatever is necessary" to have the committee hear her full story before confirming Kavanaugh to a lifelong term on the Supreme Court.

The fundraiser, which asks for donations ranging from $100 to $1,000, invites supporters to join Katz and Banks for "cocktails and conversation" at an undisclosed Dupont Circle location. Baldwin's opponent in November, Republican Leah Vukmir, said in a statement to CBS News earlier Thursday, "In the most despicable manner, Senator Baldwin, who opposed Judge Kavanaugh within 48 hours of his nomination and refused to meet with him, will be holding a political fundraiser with the lawyers of Dr. Ford who is now accusing him of sexual assault."

Vukmir added, "Baldwin and her Democrat colleagues will take advantage and fundraise off any situation — even the most egregious. This November, it's imperative that we fire Baldwin who always puts herself before Wisconsin."

In the wake of the allegations, Baldwin has joined in fellow Democrats efforts calling for an additional FBI background investigation before the Judiciary Committee takes any further action in Kavanaugh's confirmation process. "The FBI must reopen its background investigation of the nominee to include this serious sexual assault allegation and ensure the Senate has all the fact," Baldwin tweeted.

CBS News' Caitlin Conant and Jack Turman have contributed to this report.

Michael Avenatti sentenced to 14 years for stealing from clients