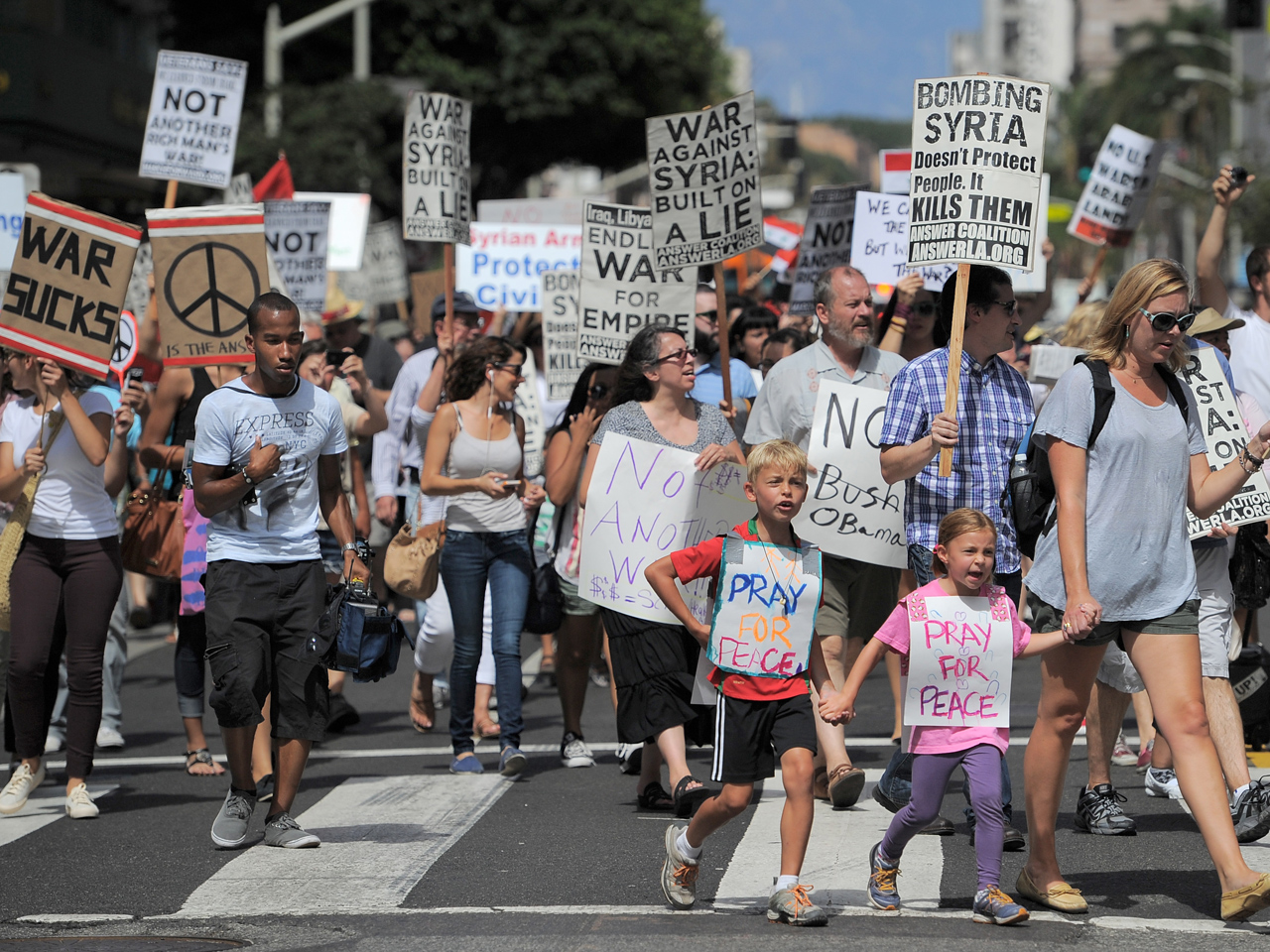 President Obama formally submitted a draft resolution authorizing the use of military force in Syria to both houses of Congress on Saturday. Accordingly, House Speaker John Boehner, R-Ohio, and Senate Majority Leader Harry Reid, D-Nev., both pledged to schedule a vote on the resolution soon after lawmakers return from their recess on September 9.

What happens next, however, is anyone's guess.

Some lawmakers expressed optimism on Sunday that Congress would rise to the occasion and pass the resolution. Others, however, predicted that the resolution would fail, to the detriment of America's image in the world, saying President Obama simply hasn't explained why U.S. intervention in Syria is in America's interest, despite the U.S. government's "high confidence" that the regime of Syrian President Bashar al Assad killed over 1,400 civilians in a chemical weapons attack on August 21.

Many lawmakers were unsure, saying administration officials have to make a strong case in the days ahead if they hope to push the resolution through a legislature riven by a matrix of divides - between hawks and doves, Democrats and Republicans, leaders and their rank-and-file.

Dozens of congressmen - about 100, according to several lawmakers present - arrived on Capitol Hill on Sunday to receive a classified intelligence briefing from administration officials who pressed the case for intervention.

Lawmakers who emerged from the briefing, however, were divided on whether they would vote to authorize the use of force.

Rep. Janice Hahn, D-Calif., said there was a "lot of concern" in the room, and that members of Congress seemed to be "evenly divided" over the proposed military action

"I don't know if every member of Congress is there yet. I'm not there yet," she said, wondering whether there's "another way to hold Assad accountable."

Rep. Jim Himes, D-Conn., similarly said he would vote against the current resolution.

"I need to hear more," said Sen. Roy Blunt, R-Mo., suggesting the language in the draft resolution may give the president too much latitude in waging war.

"The broad authority the president asked for I think creates lots of concern," he explained, saying the administration is "open on the language issue, and I think they would have to be if they want [Congress' approval]."

Rep. Elijah Cummings, D-Md., said he has a "number of questions that have to be resolved" before he decides how to vote, saying the draft resolution submitted Saturday is "very, very broad."

The Obama administration "presented to Congress a strong case," added Rep. Gerry Connolly, D-Va., but the result "depends on the resolution that ultimately we're asked to vote on."

Rep. Sander Levin, D-Mich., said he would vote in favor of the resolution and predicted it would pass.

"I have confidence that members of Congress will step up to the plate, because if we do nothing, I think it sends a very wrong message," he said. "I think now and then we can go beyond politics, and this is one time we need to."

Sen. Tim Kaine, D-Va., a close ally of President Obama, told CBS News' "Face the Nation" that he's "confident" Congress will rally behind the principle that the use of chemical weapons violates an important international norm.

He also argued coming to Congress was the right thing to do, despite any uncertainty about the outcome.

"We should not be sending servicemen and women into military conflict if they don't have complete confidence that the nation's political leadership is behind them," Kaine said. "And so what this debate in Congress will do is it will educate the American public about the important principles at stake against use of chemical weapons. And it will help them understand, and help Congress come to a consensus about what needs to be done."

Rep. Mike Rogers, R-Mich., agreed, predicting on CNN that Congress "will rise to the occasion."

"This is a national security issue. This isn't about, you know, Barack Obama versus the Congress. This isn't about Republicans versus Democrats," he said. "I think when members of Congress get the information about the sarin gas attack...I think that Congress will rise to its...constitutional responsibilities to provide for the general defense of the United States."

To those who have questioned the wisdom of seeking congressional approval, as some in his party have done, Rogers asked, "Why shouldn't Congress share in the responsibility? ...If you believe in the Constitution of the United States that firmly puts...the responsibility for Congress to provide for the general defense, that means that we're involved in this discussion. And we should be."

Sen. Chris Murphy said on NBC's "Meet the Press" that he enters the debate "as a skeptic, but I'm going to allow the administration to make its case this week."

The show of optimism from some, however, was contested by other lawmakers who remain deeply skeptical that Congress will endorse the use of force in Syria.

Sen. James Inhofe, R-Okla., was asked on Fox News whether lawmakers would ultimately approve the resolution sanctioning military action, and he flatly declared, "I don't think they will."

Inhofe said he personally opposes the use of force, in part because of what he called the "degraded" condition of the U.S. military after more than a decade of war.

"Nobody wants to talk about the real serious problem here, and that is the condition of our military today," Inhofe said. "I said I would oppose going in and having military intervention against Syria. It may sound real easy when people like Secretary Kerry say this is going to be quick and we'll go in and we're going to send a few cruise missiles, wash our hands and go home. It doesn't work that way. This could be war in the Middle East."

Rep. Peter King, R-N.Y., a hawkish Republican who has criticized President Obama's decision to seek congressional approval, said on Fox News that he plans to vote in favor of U.S. involvement in Syria, but worried it would be "difficult" to persuade a majority of his colleagues to follow suit.

"The president has not made the case. When they see the president being so weak and vacillating, many members of Congress will vote no," he said. "If the vote were today, it would probably be a no vote. I'm hoping by the time next week comes around, and hopefully, the president can make his case, that he will be able to get a majority of the House of Representatives."

Sen. Rand Paul, R-Ky., told NBC's "Meet the Press" that it's a "mistake" for the U.S. to involve itself in Syria, signaling a likely vote against the resolution, but he applauded the president's decision to seek congressional approval.

Paul predicted the Senate would "rubber-stamp" the president's push for U.S. intervention, but said the outcome in the House is more uncertain - "50-50," in his estimation.

Sen. John McCain, R-Ariz., who has generally urged greater U.S. involvement in Syria, declined on "Face the Nation" to stake out a definitive position on the resolution, saying he needs to see a strategy that will further U.S. goals before voting in favor of a military strike.

He warned, however, that the consequences of the resolution's potential failure could be "very, very serious," dealing a heavy blow to America's resolve and our image in the world.