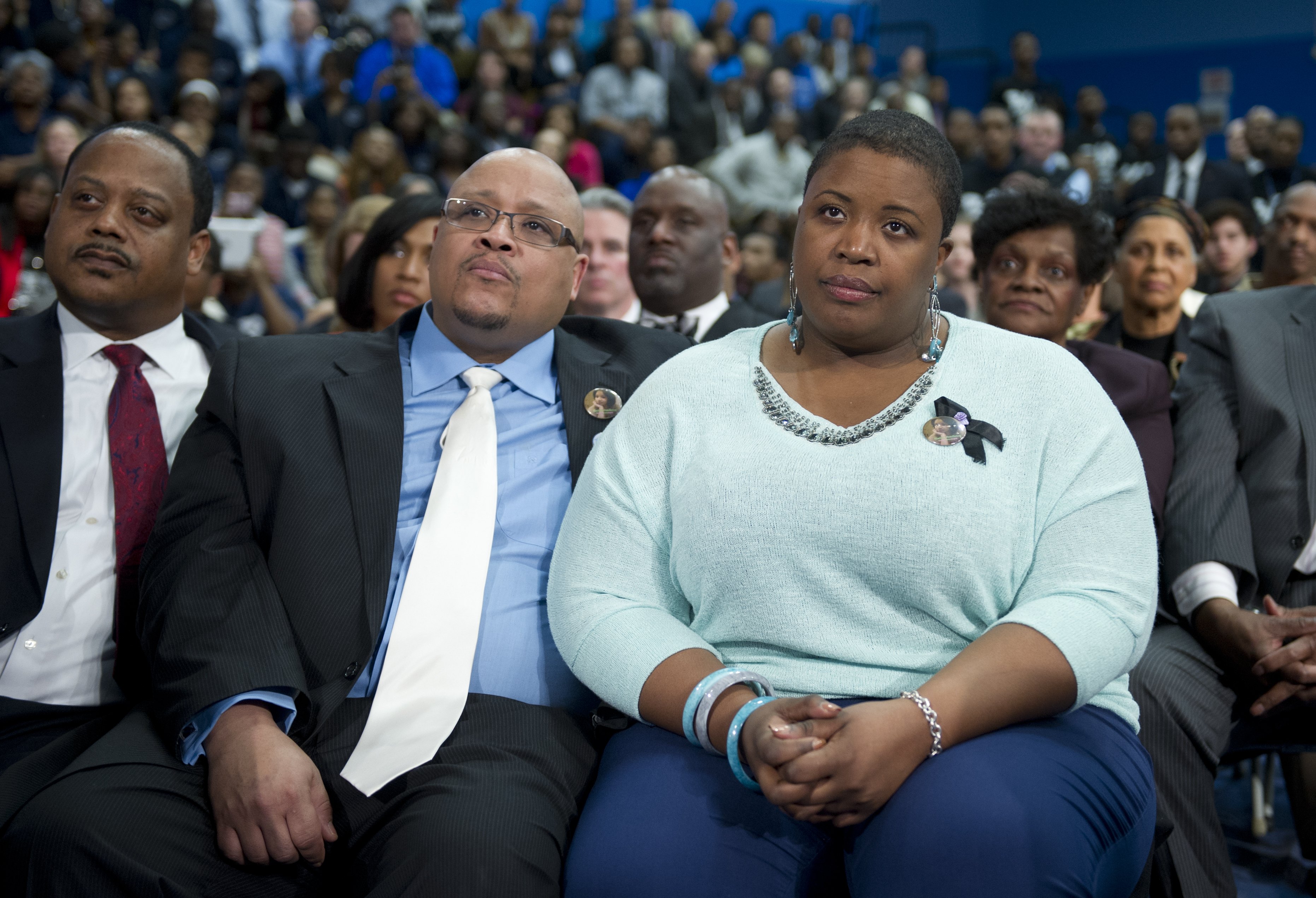 NEW YORK As President Obama heads to Colorado Wednesday to keep up an ongoing campaign to strengthen the nation's gun laws, the families of people killed across the country in acts of random gun violence advanced their own agendas for solving the problem -- and expressed despair over the crippling bureaucratic barriers and lack of recognition they say they face along the way.

In a panel on gun violence Wednesday at the national convention for the National Action Network, one of the nation's leading civil rights organizations, families and survivors of gun violence convened with advocates for a passionate and often emotional discussion about the scourge of urban gun violence in America, which claims thousands of American lives each year but, they say, is rarely brought to public attention.

"When white kids are killed... so often those children's names become part of our everyday vocabulary," said Michael Skolnik, the editor in chief of GlobalGrind.com, who serves on the Board of Directors for The Trayvon Martin Foundation. Skolnik, who helped start a campaign to increase recognition for minority victims of gun violence, lamented the "troubling race issue" that surrounds the issue.

"In our communities, when our people go down, they're not remembered," said Herbert McFarlane, the father of Janay McFarlane, an 18-year-old Chicago woman who was shot in the head and killed the same day her sister sat onstage with the president as he pushed for stronger gun control legislation.

"When the politicians [were] up here talking a few minutes ago with Al Sharpton, I was just watching the room -- because I was in awe. This whole wall was full of photographers and cameras. Once we got up here and we started talking about this, where did they all go?" he asked, to cheers and a standing ovation from the mostly-black audience.

In the aftermath of last year's shootings in Newtown, Conn., when 20 first-graders were shot dead in their small-town elementary school, gun control advocates have attempted to mobilize supporters to pressure Congress into enacting federal legislation that would ban assault weapons and high-capacity magazine clips, make gun trafficking a federal crime, and require universal background checks for gun violence. The families of the Newtown victims have often appeared alongside the president and Vice President Joe Biden at events pushing for these embattled initiatives, and the children and teachers who died in the massacre have become something of a symbol for the renewed gun control push.

Despite the attention to Newtown victims, however, both the president and Vice President Joe Biden have been vocal in their insistence that everyday gun violence -- not just mass shootings -- is a primary focus of their efforts. In an unusually personal speech this February not far from his Chicago home, Mr. Obama addressed the issue of urban violence, and called on communities, and fathers, to step up their efforts to address it.

Cleo Pendleton, the mother of Hadiya Pendleton, a 15-year-old girl who was killed in January by a passing bullet just days after performing at an inauguration-related event, and who the president memorialized in his State of the Union speech, echoed Mr. Obama's message this morning. Like Mr. Obama, she called on community members to "get out there and embrace the youth," to "organize," and to "help" the troubled kids in the neighborhood.

"If you see a young person out there, send them where they can get what they need," said Pendleton, who sat with the first lady at Mr. Obama's State of the Union. "I was thrust into this [battle]. I embrace it and I'm gonna learn... but I do ask of you that, no more than me, to do something with what you have."

The panel, which also included a survivor of the 2007 Virginia Tech shootings and other advocates, lamented the bureaucracy and congressional inaction they say has pervaded their efforts to enact meaningful change to curb gun and urban violence. But Skolnik praised the president for creating the "space" for the discourse in the first place.

"The president of the United States is recognizing that a young black girl's death is equal -- and the pain that you and your husband have gone through is equal," Skolnik said, addressing the parents of Hadiya Pendleton and Janay McFarlane. "That is significant, that is a step forward. It is no consolation for your loss but at least we have created a space to have these conversations."