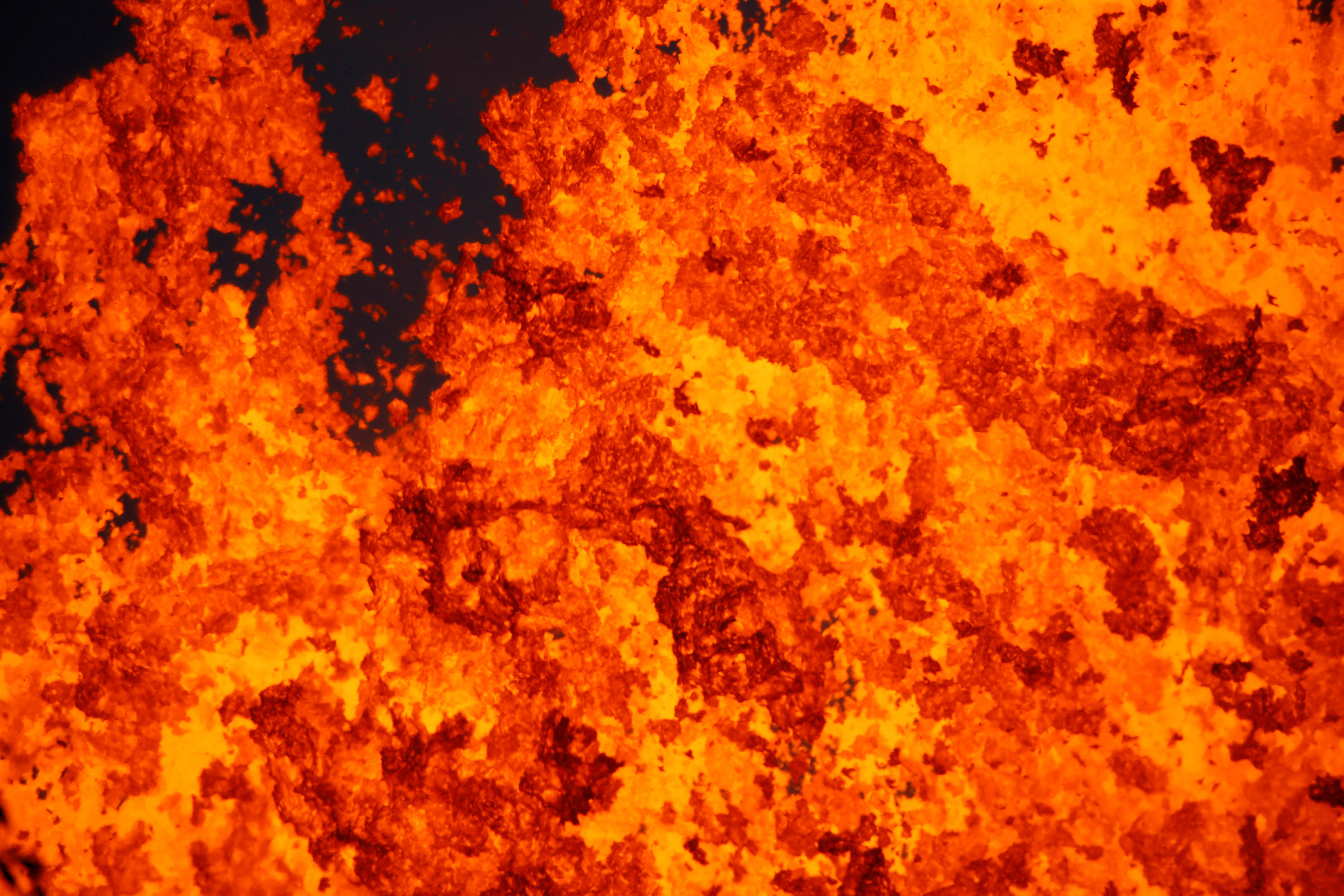 PAHOA, Hawaii -- Lava continues to blast from Hawaii's Kilauea volcano, and it's cutting off escape routes for people trying to evacuate.

The massive amount of lava in Leilani Estates is spreading fast. It has burst more than 25 stories high, and reaching temperatures of nearly 2,000 degrees.

"The scientific aspect of this is fascinating but it's tempered hugely by the fact that this is a neighborhood and people have lost homes," said Scott Rowland, a geologist with the University of Oregon.

So far 75 houses have been destroyed. Inside the evacuation zone, tensions are running high. John Hubbard, 61, is accused of opening fire and assaulting a neighbor who came back to check on his property.

"Stress is high, anxiety is high," said Talmadge Magno, with the National Parks Service. "They see strange people in their subdivision, and they're trying to protect themselves. It's a hard time for folks that are still in there."

Meanwhile, workers are digging a new evacuation route. Lava has already overrun the main road, Highway 132, leaving people in about 500 homes and vacation rentals with just one escape route left. If the lava flows cross Highway 137, there would be no way out. The National Guard has helicopters on standby, just in case.

"We want those people to leave," said Jeff Hickman of the Hawaii National Guard. "We don't want to have first responders and National Guardsman or Marines in helicopters putting their lives at risk to rescue them."

About 400 out of 2,000 forced from their homes are still in emergency shelters. It's not clear how many people remain inside the evacuation area, but authorities want to make it clear that if they need help, they may not be able to respond.

Where Hurricane Ian is headed next
Thanks for reading CBS NEWS.
Create your free account or log in
for more features.
View CBS News In
CBS News App Open
Chrome Safari Continue
Be the first to know
Get browser notifications for breaking news, live events, and exclusive reporting.