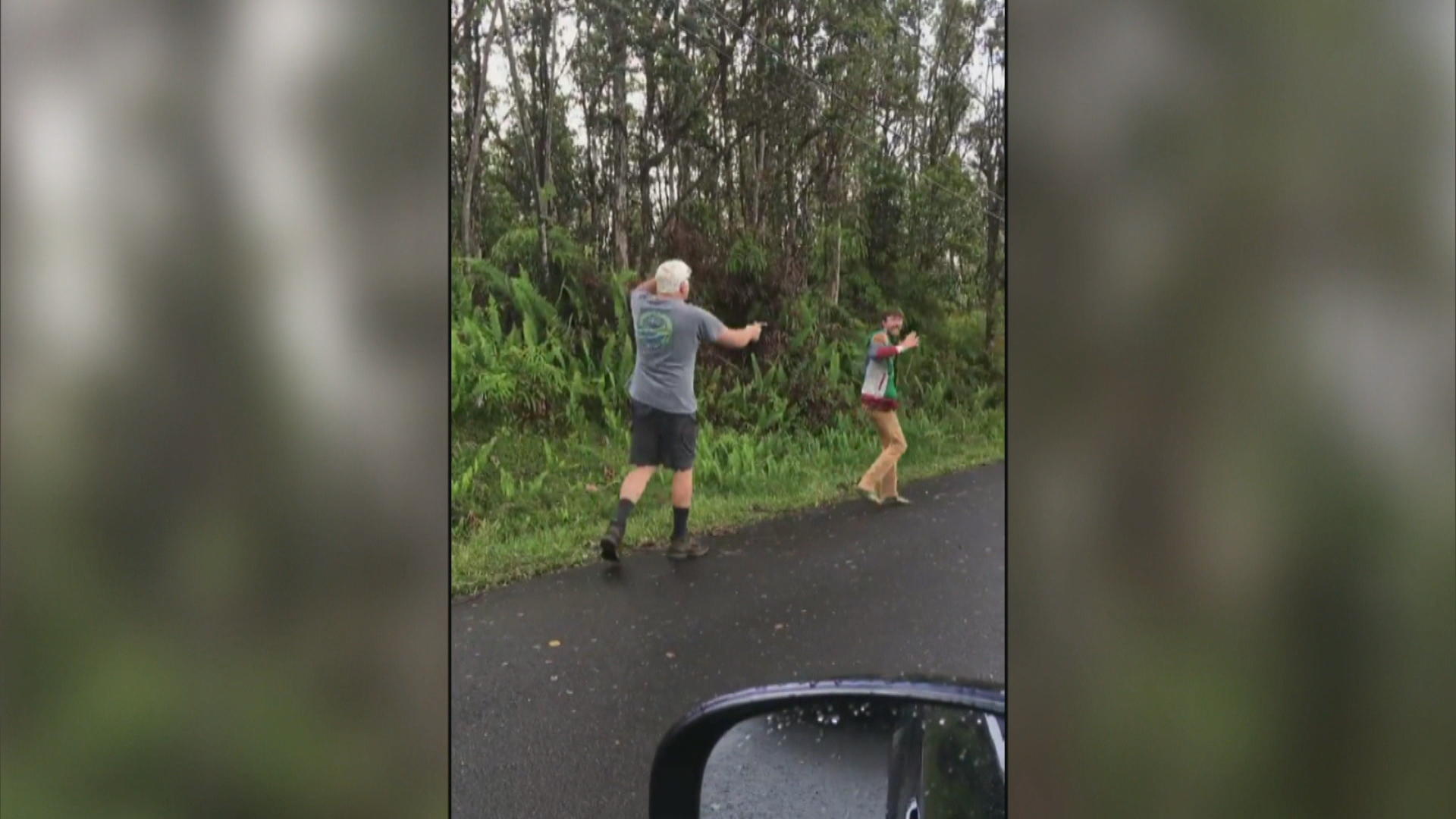 Lava from Hawaii's Kilauea volcano is spreading to new areas and residents are reaching their boiling point. A man was arrested after pulling a gun on a neighbor and shooting it during an argument.

Sixty-one-year-old John Hubbard is now under arrest, accused of opening fire and allegedly assaulting a neighbor who came to check on his property. The victim was injured, but was not shot.

And the crisis continues. Lava has already overrun the main road, Highway 132, leaving people in about 500 homes and vacation rentals with just one escape route left. If the flows cross highway 137 there would be no way out.

Scientists say the lava flow is getting hotter, more fluid, and faster, covering about six football fields an hour. During the four-week crisis, molten rock has spread across 4.5 square miles of the Big Island -- more than three times the area of New York's Central Park.

New aerial video shows how the lava is forming channels in the hardened rock, reports CBS News correspondent Carter Evans. And it's moving fast, according to geologist Scott Rowland.

"It's a self-made lava channel. The sides solidify and then the part in the middle continues to flow. And those channels are very efficient," Rowland said.

The lava flows are unrelenting and unpredictable. Ongoing tensions in Leilani Estates may have contributed to a shooting incident Tuesday.

Workers have started to dig-out a new evacuation route but that could take weeks. Two military helicopters are on standby.

"They can evacuate about 45 people at a time," a Hawaii Police Department spokesman said.

The danger is real. The number of homes destroyed this week jumped from 41 to more than 70. Authorities say it's human nature for people to want to stay in their homes until the last minute. But they also say, for those in affected communities, that last minute is now.

Singer Allison Moorer on the legacy of her parents' murder-suicide