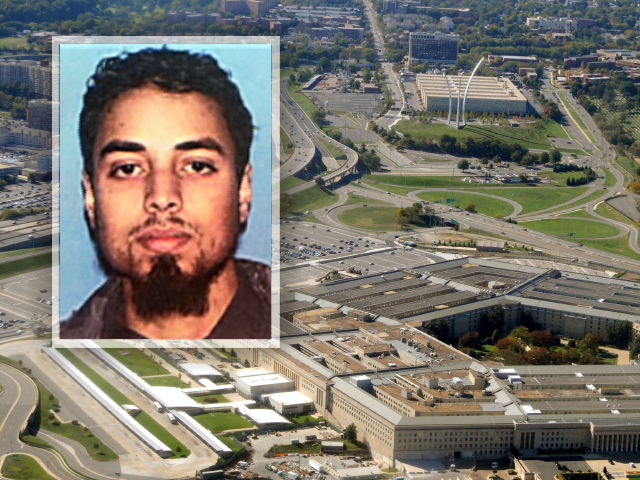 A 26-year-old Massachusetts man charged with planning aerial bombings of the Pentagon and the U.S. Capitol using remote-controlled airplanes filled with explosives Ferdaus said he wanted to deal a psychological blow to the "enemies of Allah," according to a federal affidavit.

The planes, guided by GPS and capable of speeds greater than 100 mph, would hit the Pentagon and blow the Capitol dome to "smithereens," according to the plan detailed in the affidavit.

Officials say Rezwan Ferdaus, a U.S. citizen who graduated from Northeastern University with a bachelor's degree in physics and is also a part-time drummer, used his science background to turn cell phones into detonators which could be used to trigger home-made bombs.

But it was a larger plot that led to his arrest early Wednesday.

A federal affidavit said Ferdaus, of Ashland, Mass., began planning "jihad" against the U.S. in early 2010 after becoming convinced America was evil through jihadi websites and videos.

He called the Pentagon the "head and heart of the snake," according to the affidavit.

"Allah has given us the privilege," he allegedly told the informant. "... He punishes them by our hand. We're the ones."

Asked at one point about possibly killing women and children, Ferdaus allegedly said all unbelievers of Islam were his enemies.

He bought one small drone aircraft and planned to buy others which he then allegedly planned to fill with explosives and fly into the pentagon and the U.S. Capitol from a park along the Potomac River.

Ferdaus is accused of planning to use three remote-controlled airplanes measuring from 60 to 80 inches in length. He allegedly planned to pack five pounds of explosives in each plane, while saving some of it to blow up bridges near the Pentagon.

He also allegedly rented storage space to work on the planes in Framingham, telling the manager he planned to use the space for music.

Ferdaus then planned a follow-up attack with six people divided into two teams, all armed with automatic weapons, according to the affidavit.

Prosecutors say he even traveled to Washington to do surveillance, taking a picture of the Pentagon.

Prosecutors also accuse Ferdaus of supplying the undercover agents with cellphone devices he said could be used to remotely detonate explosives.

When the undercover agents falsely told him the devices had been used to kill three U.S. soldiers in Iraq, he allegedly became visibly excited and said he felt "incredible. ... We're changing the world."

Ferdaus is unmarried and has no children, the affidavit said.

Ferdaus was arrested when he moved to put his plans into action, buying what he believed to be 25 pounds of plastic explosives, three grenades, and six automatic assault rifles from the undercover agents, Orr reports.

Officials stress at no time was Ferdaus outside the control of his undercover handlers, so in that sense he presented no real danger. But he repeatedly told agents he was driven to kill Americans which he called the enemies of Allah.

He told the undercovers, "I just can't stop. There is no other choice for me."

Ferdaus made a brief initial appearance Wednesday in federal court on charges of attempting to destroy federal buildings and providing support to a foreign terrorist organization, al Qaeda. A detention hearing was scheduled for Monday.

He had at least one previous brush with the law. In 2003, The Boston Globe reported that he and two other Ashland High School seniors were accused in a vandalism spree at the school.

Wednesday's arrest was the latest of several terrorism cases to spring from federal sting operations. In other cases, reputed would-be terrorists became involved in fictional plots against various targets, such as Dallas skyscrapers or a Chicago nightclub. In this case, though, authorities say Ferdaus planned the scheme.

Terrorism arrests involving federal stings have often been followed by claims of entrapment, but none of the cases brought since Sept. 11 has been thrown out by a court on such grounds.

U.S. Rep. William Keating of Massachusetts, a member of the Homeland Security Committee, said lawmakers have been warned for months of an emerging threat from homegrown extremists. He said al Qaeda is casting a wide net to radicalize individuals or small groups already in the country because of the significant advantages.